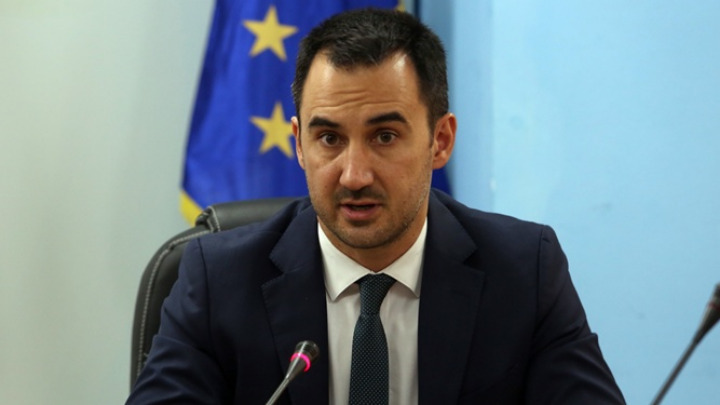 Al. Haritsis: Government proposals for financing the Recovery Fund do not formulate a comprehensive plan for key sectors of the economy

On the occasion of the “green light” given to the Greek recovery plan by Ecofin in Brussels, on the basis of which the first disbursements of funds are expected by the end of this month, but also after yesterday’s announcements for 12 first projects of the “Greece 2.0 Plan” Â»Total budget 1.42 billion euros, o Speaking to Athens 9.84 and Giannis Papageorgiou, SYRIZA’s development director, Alexis Haritsis, expressed, among other things, his concern about how the resources of the Stimulus Fund will be disseminated.

“What we have seen so far from the government is a list of projects, stimulus fund financing proposals that do not formulate a comprehensive plan for important sectors of the economy such as industry or the agricultural sector. “, he said characteristically.

In particular, he stressed that a coherent plan is needed which concerns all the regions of the country with the characteristics that each has, with the difficulties but also with the possibilities that exist in each region and “With a focus on small and medium-sized businesses that have been asymmetrically affected by both the pandemic and the decade-long crisis that preceded it.”

In fact, referring to examples from other countries, he noted:

â€œWe have seen the plan of France, which has at its heart the regional dimension and the dissemination of the entire plan by region of the country or the plan of Spain which concerns support for small and medium-sized enterprises in a very emphatic. is also the plan of Portugal which creates a new public body, an improved development bank, which will undertake the entire financing plan. At the same time, we see in our country that the government is trying to channel this financing – and I am talking mainly about lenders, to the tune of 12.8 billion – via systemic banks, therefore with terms and debt criteria set by banks and to the exclusion of the vast majority. Greek companies, in particular small and medium-sized“.

And he added:“It just came to our attention then. The image we have is that there is a corresponding anxiety among representatives of the real economy.”

Mr. Haritsis felt that should “open the game” to more and more people, in which the European Commission itself stipulates that around 40% of the total resources of the Recovery Fund should be channeled.

“There are both tools and possibilities. It is a question of political planning and political choices as to whether this game will open up or whether” money will only go to money. “. This is the main dilemma so far.” I am afraid that from what we have seen, the former does not seem to emerge, which the Greek economy needs, but we are leading to a trampled logic which has led us to a dead end. “

Finally, he stressed that central planning and coordination of all these efforts are necessary, recalling that in April 2019, SYRIZA adopted a law by which the National Development Bank was created, stressing that it could function as the coordinating body that will design the policies. and direct funding.

â€œFrom the first moment, the National Development Bank should be activated and upgraded.â€ Unfortunately, what we have seen is the creation of an ‘ad hoc’ unit in the Ministry of Finance which has no experience in development policy making. “

Fitch: brings growth in Greece to 4.3% this year