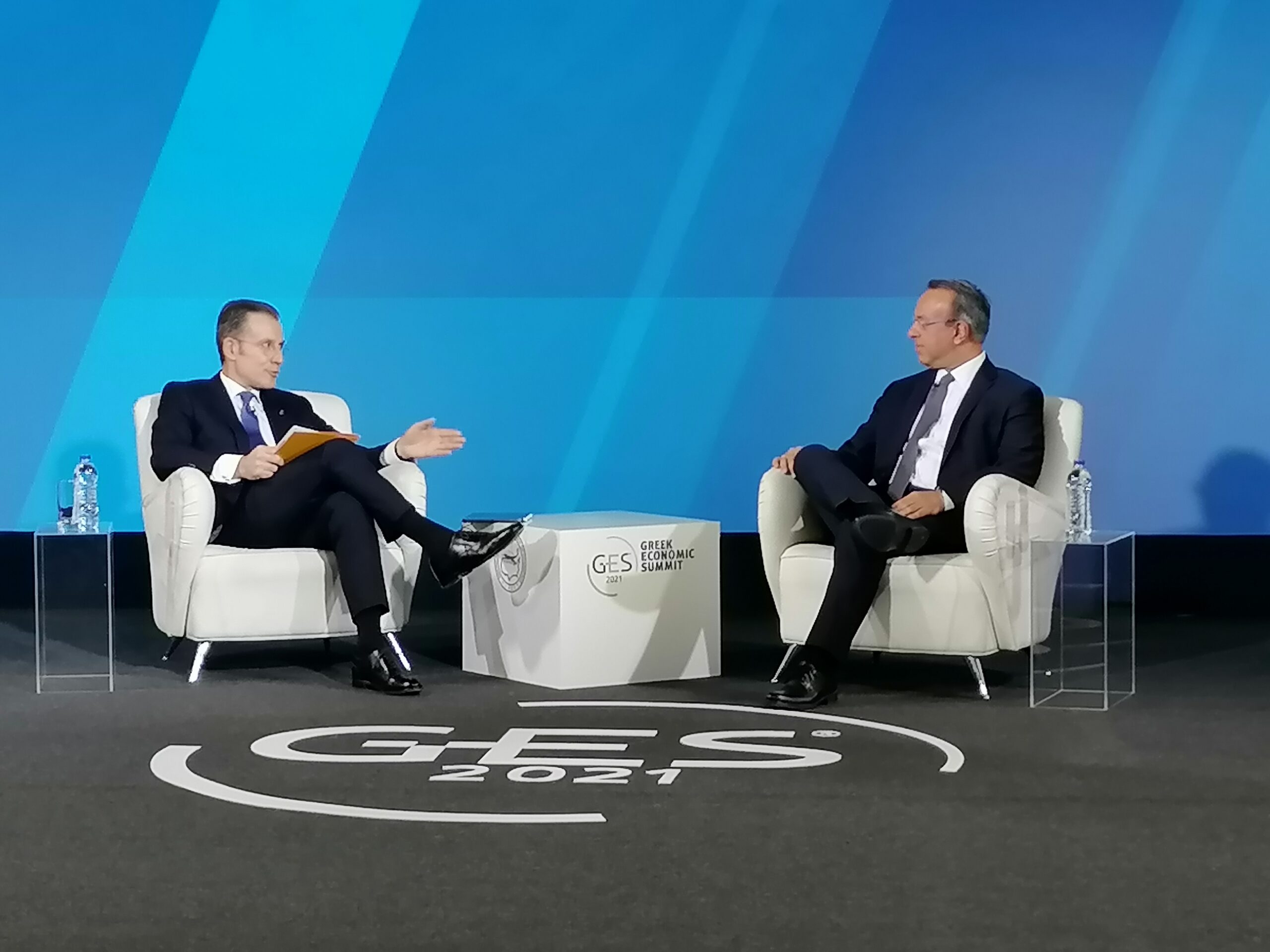 ATHENS – The Hellenic-American Chamber of Commerce (AmCham) hosted its 32nd annual Greek Economic Summit, titled â€œRedefining Growth for an Inclusive and Sustainable Futureâ€ from December 6-8 at the Atheneum Intercontinental Hotel in Athens. Due to COVID, this was a hybrid conference organized in cooperation with the Athens Stock Exchange and in a strategic partnership with the United States Chamber of Commerce and the Atlantic Council.

The conference ended with a discussion between Greek Finance Minister Christos Staikouras and Bakatselos, the latter noting that he could not imagine a better way to end the successful event. Staikouras noted that Greece’s impressive 6.9% growth this year reflects the Mitsotakis government’s reforms and initiatives, which he said have been recognized by the EU and internationally, adding that they ” are in the spotlight of the government, businesses, but also the people of Greece. He said all of these are moving forward with greater confidence to undertake the additional work needed, such as lowering taxes and financing Small and medium-sized enterprises He also stressed that long-term sustainable growth requires an external perspective to attract foreign investment and promote exports, noting that Greece has made great strides.

Shedding light on AmCham’s choice of theme for 2021, Spirtounias told the National Herald that â€œwe have chosen this title because we in the House believe that now is the time to discuss, not only in Greece but in the world, of what â€œgrowthâ€ means and if it concerns everyone and not just a few. He was pleased to note: â€œWe also have a panel on the Greek diaspora. He can play a very important role in improving US-Greek relations, â€such as advocacy and investment attraction, including support for young entrepreneurs, noting that AmCham has launched support actions to the startup community in Greece.

Presenters at the conference included senior officials from the Kyriakos Mitsotakis government, leading academics and experts in relevant fields, and officials from other countries and the EU, including Commission Vice-President Margaritis Schinas European Union, Don Graves, US Under Secretary of Commerce, Sir Christopher Pissarides, Nobel Laureate in Economics, and Gianna Angelopoulos-Daskalaki, President of the “Greece 2021” committee, who, after reviewing the achievements of the Revolution Greek, placed the conference in the context of what remains to be done to realize the dream of 1821.

Global and European issues were discussed, and Bakatselos presented the Greek context: â€œAfter more than a decade of economic difficulties, Greece’s new economic and stimulus plan offers the country a unique opportunity to create sustainable growth and a transition to a destination of choice for business and investment.

Schinas was introduced by Vassilis Kafatos, vice president of AmCham, and it is interesting to note that he borrowed the expression of the Biden administration â€œBuild Back Betterâ€ to describe the vision and the post-agenda. EU pandemic. He noted optimistically that “the EU now has the necessary financing tools to accomplish its plans, adding that this means Greece also has resources at its disposal” which give the country an opportunity that should not be missed. .

Graves began by noting that the events of the past few years have made it clear “how tightly integrated our economies are and how essential collaboration is in solving society’s most critical problems,” adding, “We value many opportunities offered by Greece for US trade and investment â€. as well as “AmCham’s 100-year-old contributions to strengthening trade relations between the United States and Greece”.

Highlights of the first day included an opening speech by Pissarides titled Making Growth Work for All, a panel titled Greece’s Recovery and Resilience Plan: The RRF and the Road to Success, and a panel led by Adonis Georgiadis, Minister of Development and Investment. Also on Monday, the panel The role of the Greek diaspora in strengthening strategic cooperation between Greece and the United States brought together Endy Zemenides, executive director of HALC, Mike Manatos, president of Manatos and Manatos, and Natalia Linas of the ‘Harvard University.

Alexandra Papadopoulou, Ambassador of Greece to the United States, opened Tuesday’s presentations, speaking about the course of Greek-American relations through the eyes of Greek diplomacy, later followed by a fireside conversation with the Ambassador. from the United States to Greece Geoffrey Pyatt on “The American Perspective”. ‘Also on Tuesday there was a video opening speech by Opposition Leader Alexis Tsipras, and an interesting panel titled Age Gap or Mentality Gap? A discussion with young people on the future of Greece.

The final day was devoted to Education Minister Niki Kerameus and a presentation titled Investment-Driven Growth and Innovation in the United States – The Case of Pfizer Investment in Greece, as well as a video message from Mike Parson, Governor of Missouri.

Bakatselos told the National Herald that he was proud of the emphasis on â€œinclusive developmentâ€ and very pleased with the results of the hard work of the AmCham team. He called on the Greek American community to help build New Greece and said, â€œAt AmCham, we will help them in any way we can. We want people to know that Greece is rebuilding itself with a new credible face and has many prospects for national and regional development. And now is the time to invest.