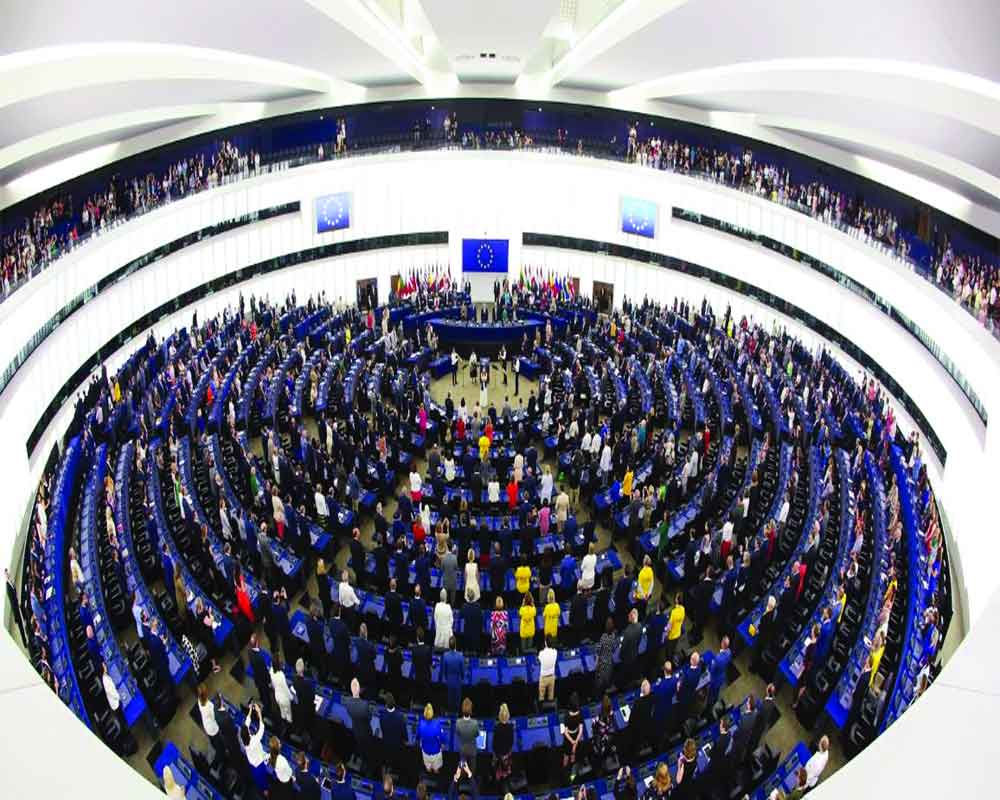 An enemy that NATO would not want

As the US and Britain decided to boycott the 2022 Beijing Winter Olympics, the EU has refrained from taking a collective stance on the issue

The mention of China as a potential NATO challenger first appeared in one of its documents in 2019, and by 2020-2021 it has become its “systemic rival”. From a Euro-Atlantic perspective, Russia is a direct military threat that does not recoil from a frontal confrontation. Its main focus is its immediate strategic backyard – Eastern Europe and Central Asia. On the other hand, China has violent tendencies towards its neighbors and politically intimidates countries in other regions by actively using its economic and political weight. In addition, it has forged strategic partnerships with authoritarian countries, attempts to change existing security architectures by challenging the freedom of navigation of commercial vessels by purchasing or funding strategic assets around the world. Thus, it has a global strategic agenda and is much more dangerous than Russia for the EU and NATO.

There has been an upward trend in trade between the EU and China. In the first nine months of 2020, bilateral trade between the two was â‚¬ 425.5 billion. At the same time, EU-US trade has trended downward by -11.4 percent for imports and -10 percent for exports. Regarding the Chinese BRI, in 2018 China marked its strategic presence in Northwest Europe with the takeover of the Zeebrugge terminal in Belgium and the seaport of Piraeus in Greece, followed by crucial infrastructure development projects in Spain, in Italy and Greece. The German inland port of Duisburg should not be missed either. The EU and NATO essentially see the 17 + 1 format as a leapfrog from Beijing that threatens the security of the region.

In 2019, two important developments took place. First, at the EU-China summit in April 2019, a few states opposed a standard EU stance against China, given its strategic influence. Second, Italy was the first G7 country to join the BRI. So the cracks in EU solidarity started to appear. In the investment sector, regulatory preferences for 5G deployment have been driven primarily by the United States. EU security concerns have scrutinized the national legal guidelines of each state and as a result every effort has been made to rule out Huawei, which is primarily seen as a ‘Trojan horse’. As China aims to become a world leader in artificial intelligence by 2030, the penetration of Huawei and other critical technologies such as biotechnology and robotics, the propaganda war through disinformation campaigns challenges both Europe and the United States. The additional challenge of â€œdemocratic retreatâ€ due to Chinese influence over fragile EU partners and â€œpotential membersâ€ cannot be missed either. In light of this, the 2021 summit communiquÃ© recognized the evolving nature of warfare involving the malicious use of AI outside of simultaneous attacks with hypersonic missiles. The threat has thus become threefold – a fully modernized conventional attack with the potential for a further nuclear attack outside the emerging contours of Hybrid Warfare and questions of supply chain continuity. In short, China’s policies of geostrategic and geo-economic penetration outside of its Civil-Military Fusion (CMF) strategy constitute the heart of its â€œsystemic challengeâ€.

During the Cold War, it was argued that the security of Western Europe depended on the containment of the Soviet Union. Nevertheless, with the gradual end of the â€œunipolar momentâ€ with the American surge with the wars in Afghanistan and Iraq, the incorporation of Russia into the Atlantic partnership would probably have enabled NATO to cross the barriers geographically and politically. ‘Eurasia. As a result, today from “spoiler states”, Russia and China have quickly evolved into “revisionist states”, and China’s role runs deep. With joint exercises by Mediterranean and Baltic Sea countries and Beijing’s recent intervention in Equatorial Guinea to establish its first permanent military mission in the Atlantic, Euro-Atlantic insecurities will increase all the more.

Had the Sino-Russian strategic convergences been nipped in the bud by the strategic reassessment and inclusion of Russia in NATO, the history of geopolitics might have been fundamentally different, both for the EU as for South Asia. Accepting Russia as an “equal” would probably have done away with the heartburn that Moscow has right now. The failure to accept that Hybrid Warfare (4th and 5th Generation) would require politically broadening the horizons of deterrence against a new rising power (China) has done NATO more harm than good. The visionary approach of including Russia in NATO was discouraged when Russia’s request to join the organization was rejected by the United States not once but three times, leading to the creation of new political fault lines. It also led to strengthening the Sino-Russian alliance in addition to leaving a geopolitical vacuum in which China and Russia could attempt to downplay the importance of the EU and NATO. Today, the takeover or annexation of Crimea, the Ukrainian crisis, the refugee dispute between Poland and Belarus and the inclusion of EU countries in the BRI corridor have become the greatest geopolitical testers of a â€œunitedâ€ EU and NATO, outside the US sphere of influence.

There is still a lack of political cohesion on the methodologies to approach China in this direction. While the United States and Britain have decided to boycott the Beijing 2022 Olympic and Paralympic Winter Games, the EU, on the other hand, has refrained from taking a collective position on the issue. Given the increasingly intertwined issues that the Union has with China, it hesitates to take a collective position for fear of its â€œeconomic coercionâ€ of reprisals. France’s position is at odds with that of the United States, which is well understood in the context of the formation of AUKUS and the broken agreement between Canberra and Paris. Such divergent approaches emerged within the EU that China would possibly try to use in its favor to increase its strategic anchoring, thus weakening the Atlantic alliance.

At the start of the year, the G7 partners announced the â€œBuild Back Better World Initiativeâ€ (B3W), followed by the â€œGlobal Gatewayâ€ initiative which aims to mobilize 300 billion euros between 2021 and 2027. As one can see, the developments are similar to the ‘Greek-Turkish Aid Bill’ – the initial US response to contain Communist expansion. However, in the contemporary scenario, additions such as Hybrid Warfare, hostile economic takeovers, and dual-use ports have ushered in new dimensions of geopolitics. A veritable “new cold war” is in place.

China and Russia would likely seek to militarily distract the EU and US with small but essential “hot spots” such as Taiwan and Ukraine. The risks of escalation and error of judgment have all the more increased the chances of opening up hostilities, but, given the constraints of economic dependence, in particular questions of the sustainability of supply chain routes, we can still doubting NATO’s response. Nevertheless, the territorial nibbling would not be taken lightly by NATO either. The vicious cycle therefore appears to be continuing with more trade wars, sanctions and hostile takeovers, creating strong polarizations across the world and regional and other organizations such as the EU and NATO.

(The author is an assistant professor at the Central University of the Punjab, Bathinda. The opinions expressed are personal.)

The wonder of a world illuminated for the holidays