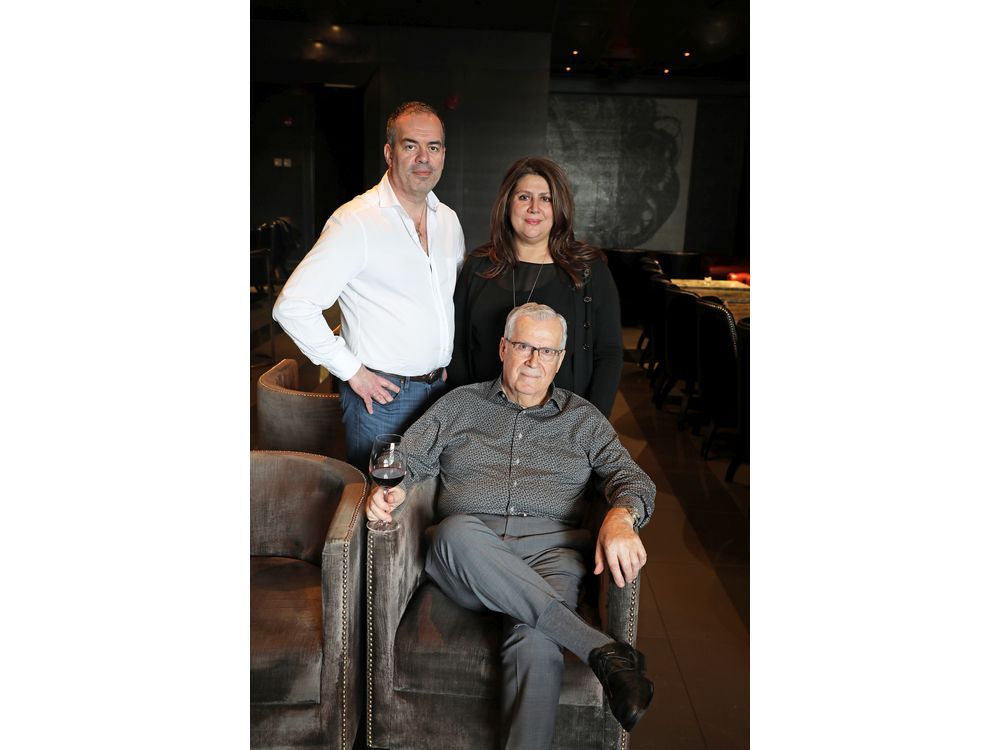 You would need a long memory to remember when McAra Printing was along the 4and Avenue SW — 50 years ago the building was purchased by Con Giannoulis and three other Greek immigrants and restaurant professionals to open Caesar’s Steak House.

This month is the golden anniversary of the restaurant which has maintained the same luxurious atmosphere, highly professional service and consistent food quality since its opening in 1972.

Giannoulis came to Calgary from Greece in 1958, a teenager who worked hard to live and send money home. With a year at SAIT, he learned on the job at places like the Stampeder Hotel and the first Calgary Hy’s Steakhouse when it was the 2n/a Street SW There he rose to the position of executive chef, honing his skills with Alberta beef.

Today, Con is still at the restaurant every day but shares ownership with his daughter, Connie Giannoulis-Stuart, and her husband, Gerry Stuart, who bought out the other partners in 2016.

The remarkable venue has been a favorite over the decades for businessmen striking deals over lunches and dinners fueled by bottles of red wine. Caesar’s is steeped in nostalgia with its dark wood, burgundy leather and ornate details, and warm ambience that guests have enjoyed for generations.

Connie says the interior is constantly being updated, but to the same standards people remember. “We completely redid the lobby but the regulars didn’t even notice it. It’s so important to keep the character of Caesar’s; the original solid dining chairs are still in use, but people never seem to notice when they’re upholstered,” she says.

“We are committed to upholding Caesar’s legacy by remaining authentic to the vision of the ritual of dinner, a ritual that is something opulent yet personal, savored in a luxurious environment where nostalgia evokes feelings of connection to one’s memories. and to those around him.”

As with other restaurants, the ups and downs of the Alberta economy have impacted business, but even during the two years of opening and closing due to the pandemic, the kitchen team has been able to stay welded. Many of the staff have worked at the restaurant for decades, many for over 30 years. Some have benefited from hiring their children to help them with their studies, while learning skills and building character through experience.

During those frustrating times, the owner thought back to the glory days of the 1988 Olympics, when the restaurant was packed with media news of Calgary’s premier food and wine destination. Connie says she became a waitress while in college to help out at a time when tables had to be set up in the lobby to accommodate all the customers.

The food is exceptional, with premium Alberta beef tested through and through on the enormous Greek-style grill. The wine cellar has 200 labels of the best offers, carefully selected by Connie and Gerry, who in 2005 were the first couple to obtain a sommelier diploma at the same time. Caesar’s is proud to have received the Wine Spectator Award of Excellence every year since 2013.

In 1985, a second Caesar’s was opened in Willow Park to serve the large number of southern customers; together the restaurants employ more than 70 people.

Fifty years of continuously offering the best cuisine and the best service is a milestone of which the Giannoulis family can be proud.

“We have a tradition to respect. We respect that legacy and feel privileged to be able to continue it,” says Stuart.

Art and design are all around us, and Laura Ballerini has written a book to highlight the inspiration that can come from the most unlikely places. The Green Velvet Chair, from the owner of her own digital design boutique who began much of her creative journey at the Calgary Herald, suggests that art and design influence our lives in many ways; in food, music, nature, dance and much more.

David Parker appears regularly in the Herald. Read his columns online at calgaryherald.com/business. He can be reached at 403-830-4622 or by email at [email protected]

Sign up to receive daily news from the Calgary Herald, a division of Postmedia Network Inc.

Thank you for your registration!

A welcome email is on the way. If you don’t see it, please check your spam folder.

The next issue of Calgary Herald Headline News will soon be in your inbox.

We encountered a problem during your registration. Try Again