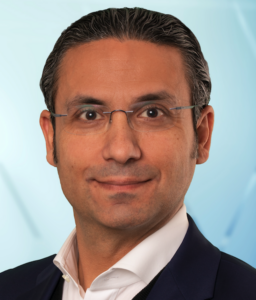 Verisk has announced that Maroun Mourad will succeed Rich Della Rocca as chairman, calls for solutions on July 1.

“We have an experienced and talented group of executives at Verisk, and Maroun was selected from a strong group of diverse internal candidates,” Verisk President and COO Mark Anquillare said in a press release.

Mourand joined Verisk in 2015 as senior vice president for commercial lines. He was promoted to President of ISO Business Lines in 2017 and President of Life and Markets in 2020.

Maroun holds a Juris Doctor and a Bachelor of Arts in Political Science, both from the University of California at Berkeley. He has also completed several executive education programs, including the American International Group Mini-MBA at Columbia Business School and the Zurich Executive Leadership Program at London Business School.

Del Rocca is retiring from Verisk after 27 years of service, having served the past two years as Chairman of Claims.

“Rich has helped create an increasingly global and integrated claims business with solutions for claims fraud detection, property valuation, auto and accident insurance solutions – with proprietary data and innovative technologies as a base,” said Anquillare.

Athens, a national third-party administrator based in Concord, Calif., said Romero has 15 years of experience in workers’ compensation claims in multiple jurisdictions.

Romero was formerly Director of Claims for the PMA Companies office in Irving, Texas. Previously, he was Senior Director of Insurance and Enterprise Risk for LSG Group, also at Irving.

Sabolic has worked on policy, regulatory and compliance issues at the Florida DWC since 2002. Previously, he led state relations for the National Council on Compensation Insurance in St. Louis, Missouri. He holds a Bachelor of Arts in Political Science from Michigan State University.

The WCI sponsors an annual conference in Orlando that attracts more than 7,000 workers’ compensation professionals.

Want to stay up to date?

Get the latest insurance news
sent straight to your inbox.