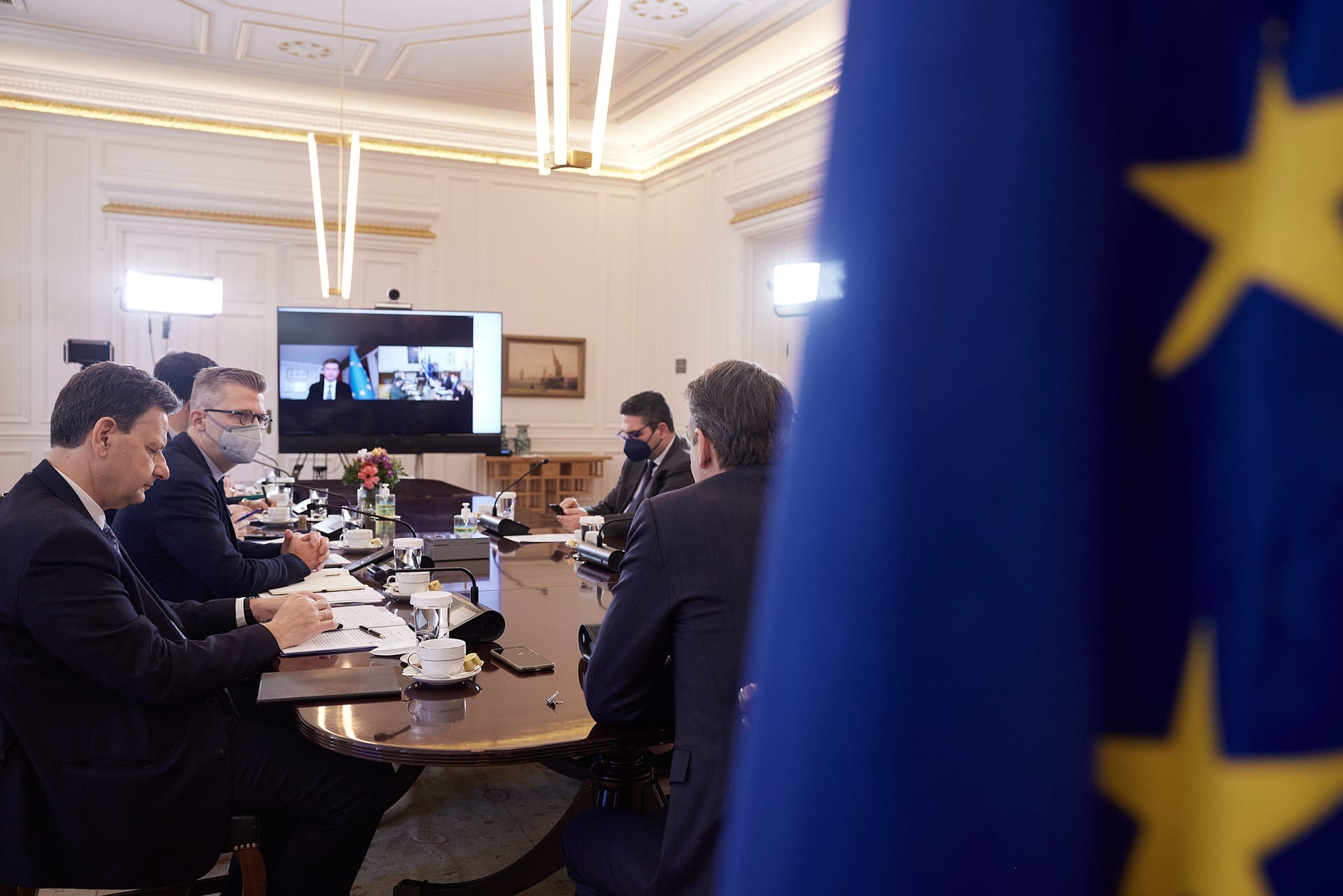 He explained that the 14th Enhanced Monitoring Report first needed to be completed smoothly, noting that it appeared to be on the right track. The decision to end the enhanced surveillance and disburse the last tranche of €750 million of debt relief, pending since 2019, will be officially taken in June, while the disbursement is expected to be paid by end of the year.

For his part, Staikouras said that Greece, with the early repayment of IMF loans, has taken another step despite the current difficulties. He noted that the country had also received the first funds from the Recovery and Resilience Fund (FRR) on Friday, which it can use to mobilize investment, support small and medium-sized enterprises and strengthen the economy towards a more sustainable model. open.

Staikouras reiterated that the Greek economy has shown resilience during the pandemic and achieved measurable results, which have been recognized internationally. However, he added, the crisis is weakening these results, with even worse news announced on Friday on the price front. He noted that no Member State was in a position to deal with the crisis alone, as coordinated action was needed to deal with both the crisis itself and its aftermath.

Asked about the need for Greece to achieve a primary surplus of 2.2% of GDP by 2023, the Vice-President of the Commission replied that this was an ongoing debate, in which the new landscape would be taken into account. However, he added that it remains important for Greece to present a credible deficit and debt reduction strategy, while noting that the new situation caused by the war in Ukraine will be examined.

Regarding a possible extension of the general derogation clause in 2023, Dobrovskis recalled that the current decisions foresee its continuation only for 2022, but the situation will be reassessed after the publication of the latest Commission forecasts on May 16, while the Minister has reiterated the Greek proposal to exclude defense spending from deficits, or at least for amounts above the European average not to count for debt or deficit.