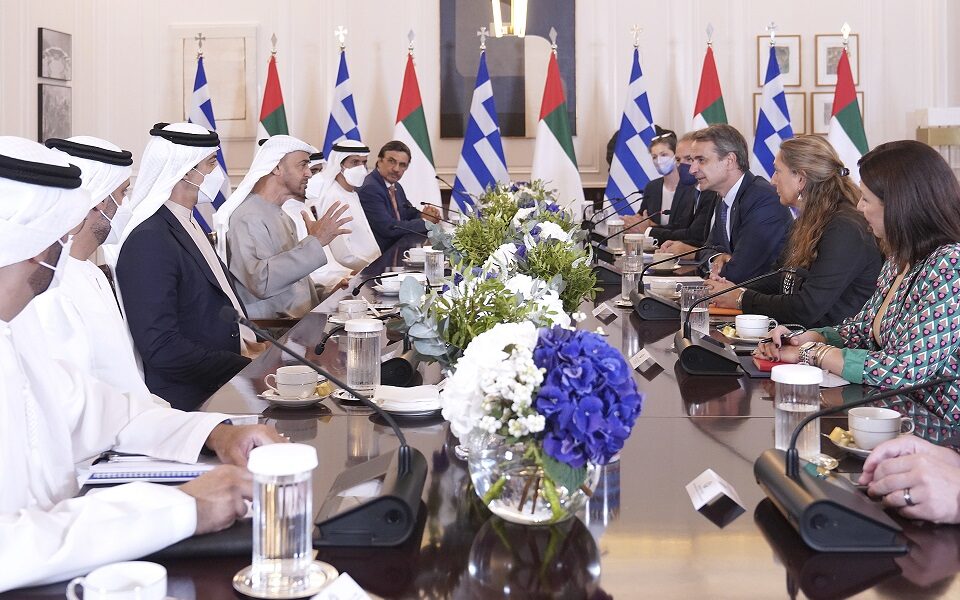 Greece and the United Arab Emirates are considering dozens of investment projects. The relationship has come a long way since they signed, less than a year ago, a declaration on a common partnership and an agreement to cooperate on foreign and defense policy issues.

The Greek side gives priority to energy – including renewable energies – to tourism, high technology, infrastructure, real estate and small and medium-sized enterprises. Greek diplomats say the Abu Dhabi Developmental Holding Company (ADQ) is assessing investments in Greek pharmaceuticals, ports – including the port of Iraklio on the island of Crete – logistics, airports and highways. The ADQ is also in direct contact with the Ministry of the Environment and Energy on investments in the energy sector.

Another major investment fund, Masdar, is considering renewable energy, including wind farms, on the Greek islands. It is also reportedly interested in the production of “green” hydrogen, desalination units powered by renewable energy, as well as energy storage projects.

The Mubadala fund, known for its first investments in fishing, recently announced a partnership with the Costamare group for the construction of a hotel, a golf course and accommodation in southwestern Greece. He is also considering investments in shipping, marinas and several clinics.