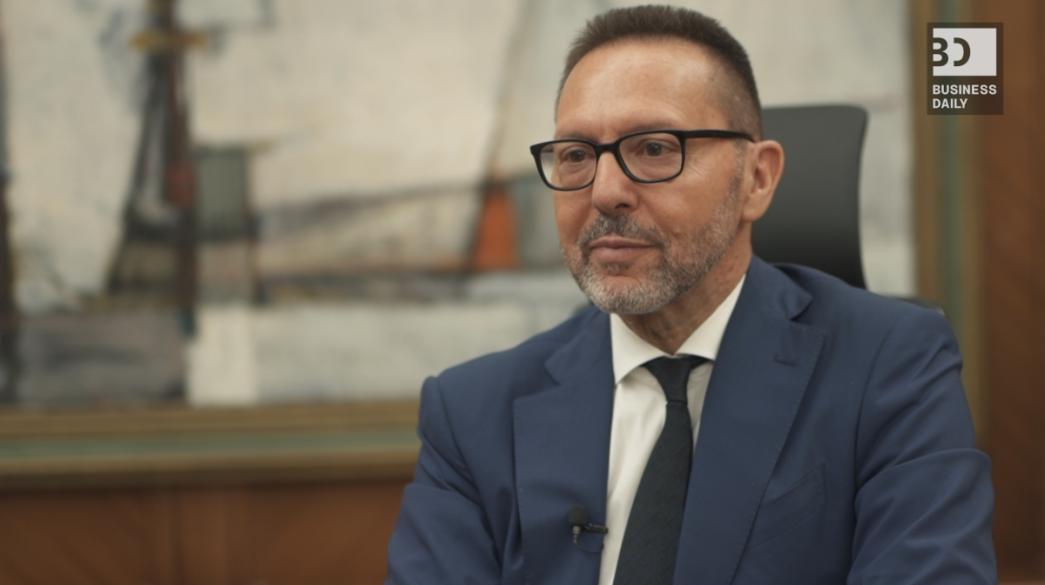 In an exclusive interview with Business Daily, Mr. Yiannis Stournaras discusses the economy, the tremendous opportunity of the Recovery Fund but also the banking system.

Governor of the Bank of Greece Yiannis Stournaras talks about the next day for Greece, the historic timeliness of the EU Stimulus Fund, as well as the current conditions and prospects for the banking system, in an exclusive interview with BusinessDaily.gr.

For many years, banks have been a source of uncertainty and concern. Where are we today and what are the prospects for the banking system now?

YS: Today we are much better off. One of the major reforms carried out during the crisis was to support the banking sector with more than 50 billion in capital. We had a very difficult time with the banks, we had times of capital restrictions, of capital controls. Today, however, we are out of this process and the banks are much stronger. Some of them rightly carry out capital increases. You know, for every 100 euros that the banks lend, around 14 to 15 euros must be capital funds. Some of them have therefore seen it in time and are proceeding to strengthen their capital adequacy. I would like others to see it too, as well as the small banks, the ones we call “non-systemic banks”. Bank of Attica got started and went ahead and took very high provisions to be privatized through a capital increase. And it could happen next month. But other banks, even cooperatives, not systemic, must now see their future in an economy which must have stronger banks, whether they are systemic or not.

In previous years, the banking system has undergone restructuring with dozens of bank absorptions. We now have the added pressure of the digital revolution. Some argue that we could see more big bank mergers, others say new banks should be created now. How do you see the situation?

YS: Probably towards the second direction, because there can be no mergers between the big banks. Four banks is too little. They control 96 to 97% of the banking system. I don’t think it makes sense that there are mergers between the big banks. We need to strengthen the small banks, build banks that will make the bigger ones more competitive. In new technologies, for example, with new products.

Have we solved the bad debt problem?

YS: We have taken some very important steps, but we have not yet solved the problem. At the end of the previous quarter, bad debts stood at 30 percent of the total, or $ 47 billion. It is still very high, 12 times higher than in the rest of the euro zone. The pandemic will also create problem loans. We do not yet know how much, there is uncertainty, but it will clearly be an amount which is not negligible. We said it was 8 billion to 10 billion. I wish it was less. And above all we have to see how many problem loans there will be after the pandemic. Let’s not just look at today, when the state is still providing support.

YS: Our concern today is to take advantage of the very high liquidity of the economy. There will be more liquidity in the years to come, so that the banks can turn it into loans for healthy and sustainable Greek companies, large and small. As the Greek economy is structured, a very large percentage of employment is found in what we call small and medium enterprises. Small and medium-sized businesses have to survive, we don’t have the capacity to shut down viable businesses. Banks must therefore make appropriate programs. The state has helped with the guarantees it has given. While much of the expansion of credit, I would say 100%, to small and medium-sized businesses now relies on guarantees from the Greek state. We want the banks to be strong, sufficiently capitalized with high quality capital to be able to fulfill their role and lend not only to large but also to healthy small and medium enterprises, so that this money that will arrive in Greece through the economy and not just a small part of it. That is, not to create pockets of high growth and low growth. That is, not to create a two-tier economy.

Greek banks have raised more than 40 billion euros as part of the European Central Bank’s emergency program. To what extent has this liquidity reached households and businesses? Do you think there could be better management so that there are more loans?

S: In fact, today the Eurosystem, the ECB and the national central banks have subsidized assistance programs for banks in order to be able to lend to the private economy. From these programs, the Greek banks have today absorbed 47 billion euros with negative interest rates of -1% to -0.5%, that is to say that the banks have been subsidized to lend . This is the first time this has happened. In addition, we have a very strong increase in savings, which is due on the one hand to deferred consumption due to the crisis and on the other hand to welfare reasons for the future. When a pandemic strikes, people become more careful. Therefore, we have a very strong increase in liquidity for Greek banks. I can’t say I’m happy, when the banks funneled into the purely private sector of the economy, into the non-financial sector, about $ 5 billion this year, while they took over $ 47 billion out of the increased deposits. The rest is in Greek government bonds and deposited back to the central bank. I want the segment, which goes to businesses, especially small and medium-sized businesses, to grow. Now, you will say to me, if it is said easily, it is more difficult to do. Banks say small and medium businesses are not eligible for funding. We have to find the reason and help small and medium-sized enterprises, because there are more than 700,000 of them. And the total employment in them is 2 million. We cannot ignore this piece.

You mentioned the tools for dealing with bad debt. The Bank of Greece had submitted a proposal for the creation of a bad bank. This proposal was not accepted by the government. Is there a question of cooperation with the government?

Let me clarify one thing: the Bank of Greece has no particular interest in promoting one solution over another. The Bank of Greece is not a shareholder in the banks, it is a supervisor. But he has the obligation to move forward and the obligation, if he considers that one solution is better than another, to propose it to the government. We have done the same and come up with a solution that all international organizations, without exception, consider the most effective measure to clear bad debts. And above all to solve the other problem, which is a twin problem in Greece, which other countries do not have to the same degree as us. That’s what you mentioned earlier, the deferred tax requirement. The Bank of Greece has executives who have been there since the start of the crisis. Probably the most experienced in the world in this area. These leaders, accompanied by three leading international consultants, proposed an asset management company that takes into account all European legislation and solves not only the problem of bad debts, but also the problem of deferred taxes. However, the institutional role of the Bank of Greece ends there. We made this proposal because we thought it was the best it could be.

Do you know what makes the government, say, reluctant to take advantage of the proposal?

YS: No, we have never all sat at the same table. The government, of course, took advice and evaluated our proposal. I just saw a statement from a government official that this is seen as an expensive solution. We do not agree with this, our estimates show that for the Greek taxpayer it is the most efficient solution.