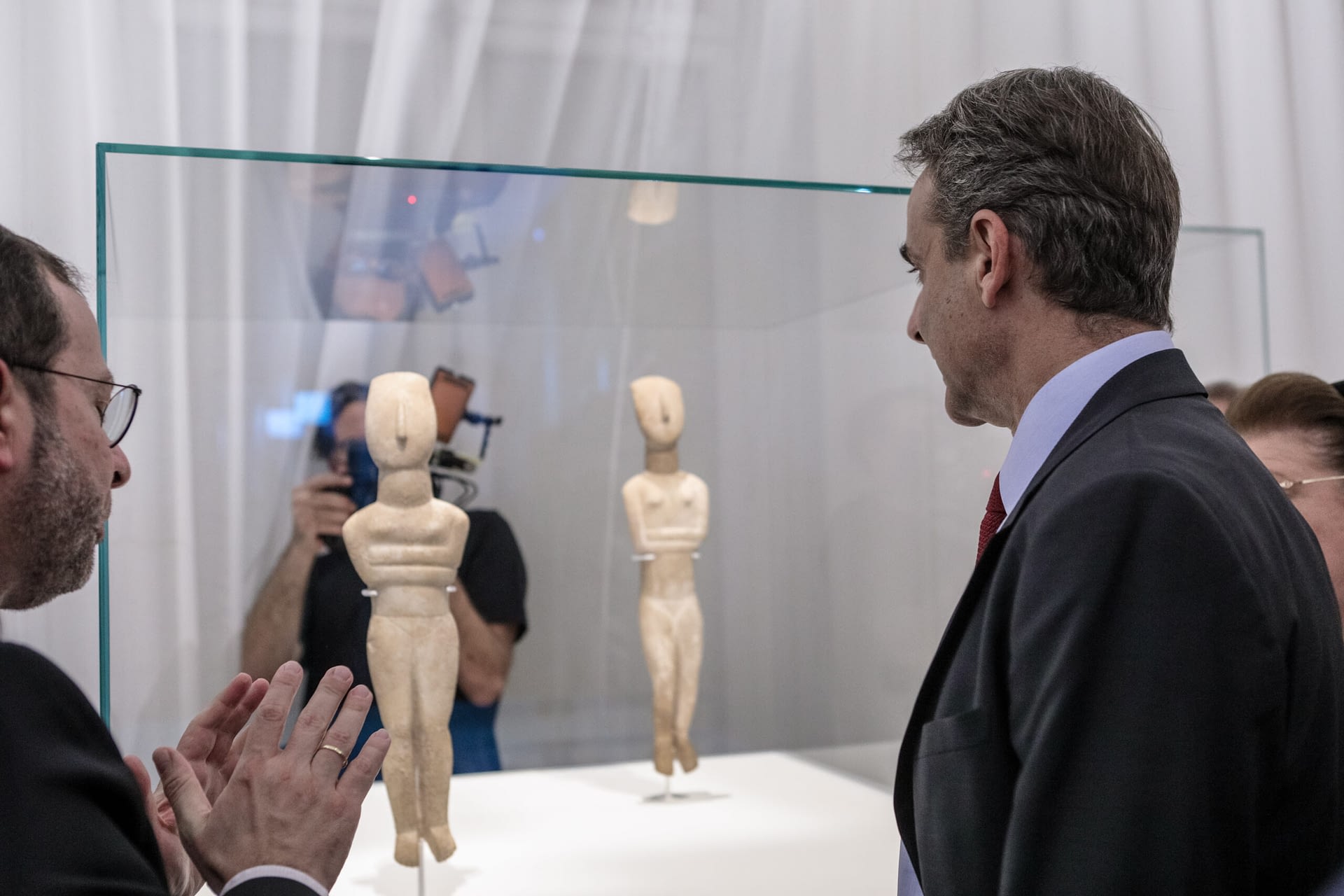 Fabulous figurines at the Museum of Cycladic Art in Athens (Photos)

ATHENS – A remarkable exhibition titled “Return: Cycladic Treasures on a Return Journey” opens at the Museum of Cycladic Art in Athens on November 3, 2022 and will run until October 31, 2023. The effort is part of an agreement between the Greek Ministry of Culture, the museum and the Metropolitan Museum of Art in New York.

The exhibition, which was opened by Prime Minister Kyriakos Mitsotakis on November 2, features priceless Proto-Cycladic antiquities, including 15 pieces from the Leonard Stern collection which are on display for the first time in the world.

In his greetings, Mitsotakis said, “We are charting a path of repatriation for precious parts of our cultural heritage, sending a message to states, museums, organizations, collectors, that this ‘return’ – which is also the name of the exhibition – is not only morally imperative, but also technically, legally feasible.

The Prime Minister added: “Greece now becomes the sole owner of the largest collection of antiquities that has returned to our homeland… The realistic claiming of our heritage is a central political commitment of our government, which permeates all activities of the ministry concerned. ”

Referring to the temporary exhibition of the other elements of the collection at the Metropolitan Museum of Art (The MET) in New York, the Prime Minister declared that “the millions of eyes who will see these largely unknown works will end up becoming the best ambassadors of our culture and history… [they] will be the first to recognize that although these antiquities may be exhibited in New York, as part of a cultural exchange, they are the property of Greece. And I imagine that the more they become familiar with the uniqueness of the Cycladic culture, the more they will want to visit the receptacle of the Cycladic culture, which is none other than the Museum of Cycladic Art, but also the Aegean islands where this culture single developed.”

In conclusion, he said: “I would like to personally congratulate Lina Mendoni, the Minister of Culture, and her colleagues who have completed [the agreement] quietly and efficiently. He was then guided through the exhibition by its curator, Dr. Ioannis Fappa.

According to ANA / MAP, the exhibition is the first step in the implementation of the agreement ratified by Parliament between the Ministry of Culture and Sports, the Museum of Cycladic Art and the Met for the gradual return of the entire Stern Collection in Greece, when it has already become the property of the Greek State. The 15 archaeological treasures – ten figurines and five vases – cover a broad chronological spectrum that extends from the late Neolithic to the Proto-Cycladic II period.

Mendoni, President and CEO of the Museum of Cycladic Art Kassandra Marinopoulou, and Director of the Metropolitan Museum of Art in New York, Max Hollein, also spoke at the event. Speaker of Parliament Konstantinos Tasoulas and Deputy Prime Minister Panagiotis Pikrammenos were also present.

The Greek medical marijuana company is the first to list on the London Stock Exchange, here is the SPAC deal