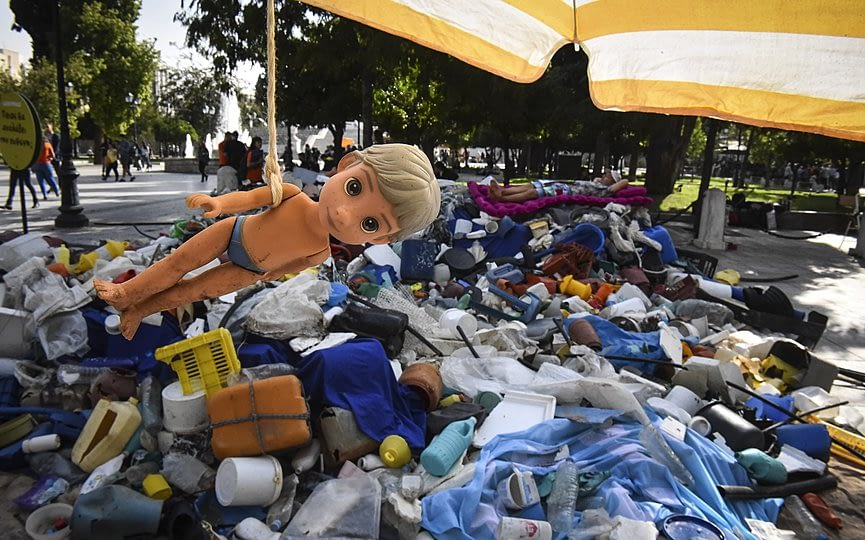 The EU has said sanctions must push its 27 member states to meet recycling targets, with successive Greek governments promising to increase the practice but then backing down.

A study on plastics in the Greek economy, prepared by think tank IOBE on behalf of the Hellenic Plastics Industries Association (SVPE), found that some 43,000 tons of plastic packaging is not buried or recycled each year.

It is also common for Greeks and residents to throw recyclables in dumpsters instead of opening a recycling bin next door and governments have failed to meet their performance improvement targets.

A previous government said that by 2020 74% of waste from landfills would be diverted to recycling, including 70% of plastic packaging, but this was not achieved.

This is despite the proposal for a 4-stream waste collection system to increase the supply of recyclable plastic and the introduction of a landfill levy, although the latest figures are only from 2018 and show that only 41.5% of the plastic was then recycled.