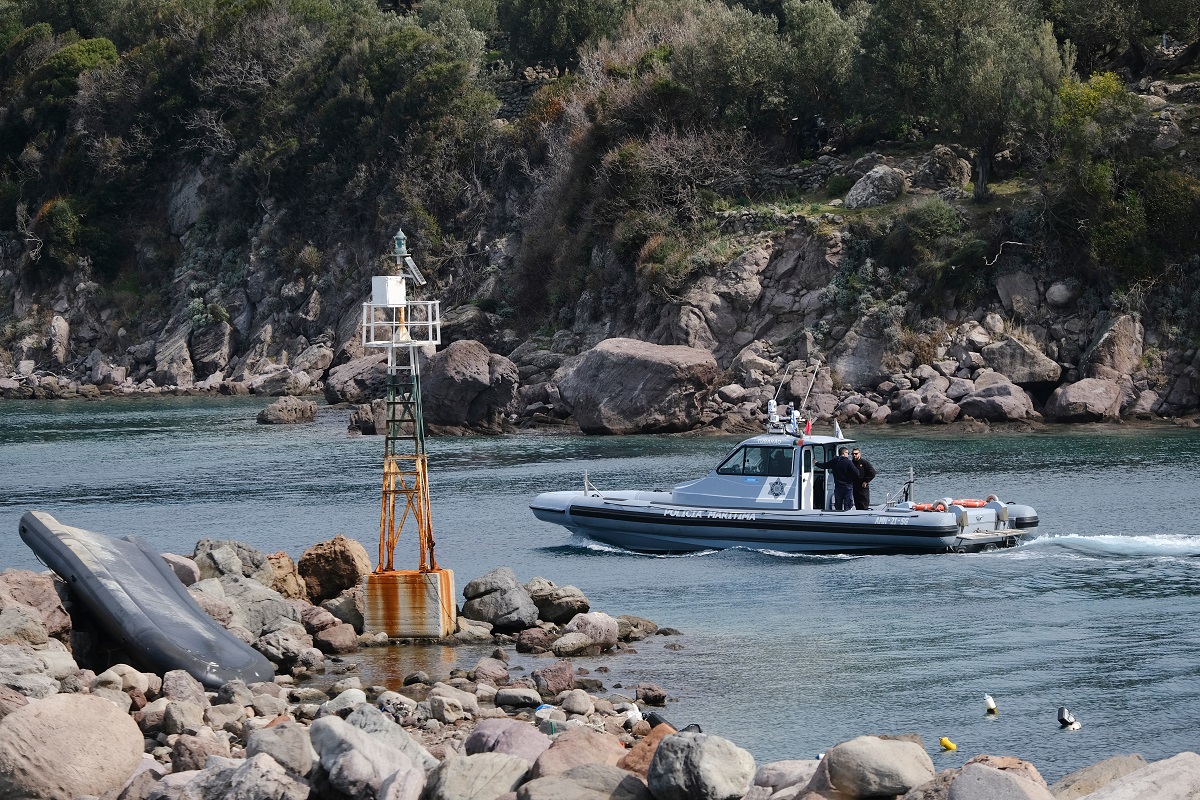 Seven civil society organizations from the island of Samos brief MEPs ahead of the LIBE committee meeting on 10 October.

Frontex does not use its internal monitoring and reporting mechanism to investigate potential violations of fundamental rights or international protection obligations, say 7 civil society organizations operating in Samos, Greece.

The conclusions of their work were presented to European representatives on Tuesday 4 October, ahead of the meeting of the LIBE committee on 10 October. The organizations call on the agency to trigger Article 46 of its regulations and cease its activities in Samos.

In July, through an access to information request, the group gained access to all Serious Incident Reports (SIRs) filed by Frontex since 2016 in the Samos operational area. As established in the Frontex Regulation, SIRs are a mechanism to report, monitor and seek accountability for potential human rights violations or misconduct. The evidence shows that the last event falling under this category was recorded in October 2019: this is why the organizations dispute Frontex’s interpretation of what constitutes a “serious incident”.

Cecilia Sanfelici, Aegean Advocacy Coordinator for Europe Must Act, said: “According to the Executive Director of Frontex, the Agency’s presence in Greece is conducive to better respect for fundamental rights. However, information provided by the Agency shows that Frontex officials have not filed a report regarding violations of fundamental rights or international protection since the end of 2019, 1,081 days ago. Yet we have identified at least 34 incidents, including violent pushbacks and fires in the reception facility, that clearly meet this threshold..

Frontex’s refusal to defend and report violations of fundamental rights is further demonstrated by the fact that no SIR filed since 2016 refers to a refoulement. This conclusion stands in stark contrast to the abundant evidence of violations of international law by Frontex and the Greek authorities by illegally pushing back people seeking refuge in Turkey.

The undersigned organizations request the Frontex Scrutiny Working Group (FSWG) of the LIBE Committee to investigate a list of events that could be considered a SIR according to the agency’s own definition, as well as to make a formal request for trigger section 46.

The organizations also call for the suspension of the discharge of the annual budget until there has been a full and independent examination of the facts, as well as the participation of the acting executive director in a parliamentary questioning session on the problems of agency governance and reporting.

As I HAVE RIGHTS explains, “Section 46 is clear. When, in a Frontex operational area such as Samos, violations of fundamental rights serious and likely to persist, the Executive Director is required to withdraw funding or suspend or terminate any Agency activity in this area. For years, this criterion was clearly met in Samos, but Frontex remains. It is high time that Frontex obeys the law and its founding regulation and triggers article 46”.

This briefing was presented by Europe Must Act, Human Rights Legal Project, I HAVE RIGHTS, Just Action, Samos Advocacy Collective, Samos Volunteers and Still I Rise.

It follows the letter sent on 18 July 2022 asking Aija Kalnaja, Acting Executive Director of Frontex, to trigger Article 46 of Regulation (EU) 2019/1896 on the European Border and Coast Guard and take steps to end Frontex operations. in Samos and in Greece at large.

Read the letter sent on July 18, 2022 asking the Executive Director of Frontex to trigger Article 46 here.