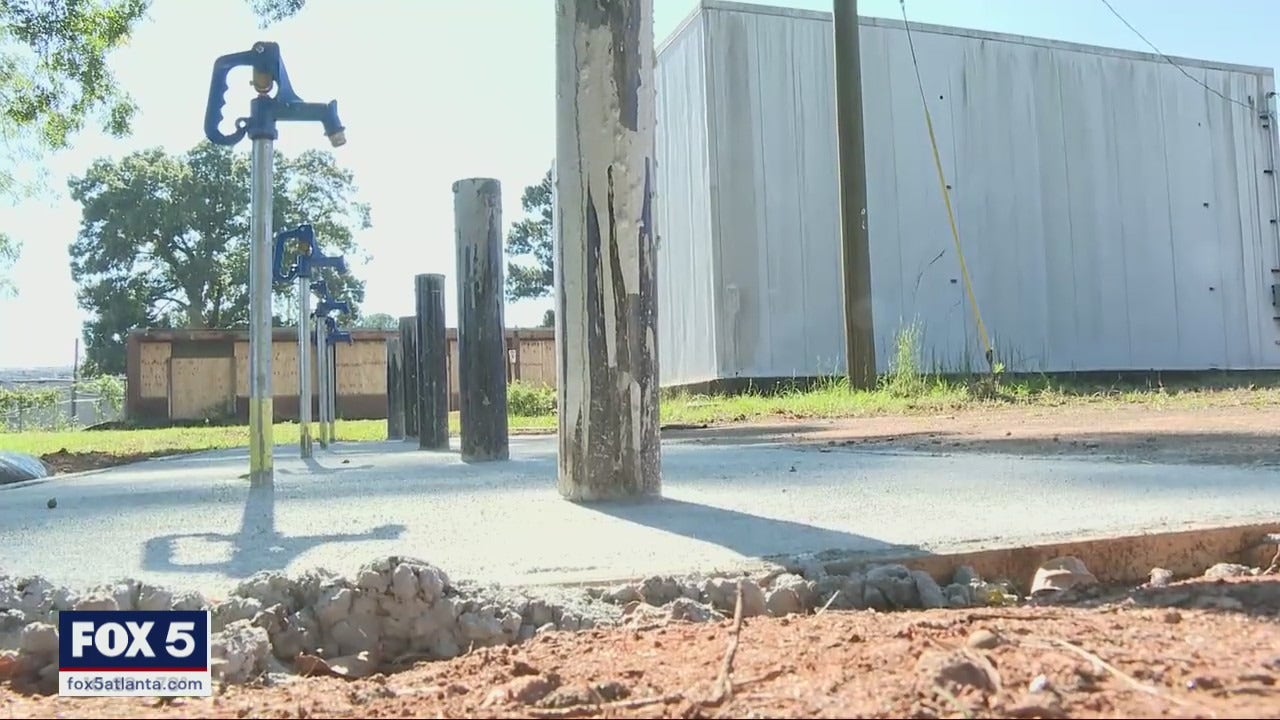 Running water, electricity and even a safe place to store personal belongings. These are just a few of the things a new government-sanctioned homeless camp will offer in Athens-Clarke County. The only problem is that a lot of homeless people don’t want to move to the new community.

ATHENS, Georgia. – Behind an old abandoned school and in front of a chicken factory, representatives of the Athens-Clarke County government are creating a space for an encampment for the homeless.

County commissioners voted to create the campground after the CSX Railroad said homeless people will no longer be able to live in an existing camp on their property after November 12.

“We’re just trying to live like everyone else,” said Flo, a resident of the current settlement who declined to give her last name. “We are human too.”

The county-run camp will be behind the old Athens North School. The teams cleared the brush and installed outdoor electrical outlets and water taps on the site.

“Considering the delay and knowing that some areas of the city are going to be evicted from their current location,” said Gavin Hassemer, deputy director of the Athens-Clarke County Central Services. “[Our goal] is to have an operational place as quickly as possible. “

County commissioners will spend $ 250,000 to secure abandoned buildings and prepare the ground for residents, the Athens Banner-Herald first reported. This is in addition to the additional $ 50,000 the county plans to spend to create a strategic plan to help the homeless, according to the report.

Among some homeless in Athens: skepticism.

She said part of the reason her camp has been around for so long is because it’s a functional community, with rules.

“Everyone who lives here supports the people,” she said. “You can’t move here unless we agree.”

Flo said she and other homeless people in the county did not believe a government-sanctioned camp would facilitate a similar situation.

She added that many in her community generally avoid shelters because they are often full and have time limits, as well as other restrictions that prove to be onerous, especially those who suffer from drug addiction and illness. ‘other mental health problems.

Hassemer admitted it was not a perfect solution – nor a permanent one – but the commissioners decided it was the best solution given the circumstances.

“This is not the end goal and at the moment we can provide that and work on longer term solutions in the future,” he said.

According to the county plan, the campsite will accommodate up to 50 people.

“I don’t really think that in Athens I have no idea how many people are really in the woods here,” said Flo.

When asked how many she thinks are in the woods of Athens, she said well over two or three hundred.

In November, she said, she believes that when they are evicted from their current site, people will simply find the woods elsewhere to start their own camps.

“They are going to be in the woods where they are,” she said. “It’s more than likely where I’m going to be.”

That is, unless they are kicked out again.

“[The county camp] will be a safe place that they don’t have to move on a daily basis, provide them with basic services like water and electricity and a safe place for their belongings, ”Hassemer said.

DOWNLOAD THE FOX 5 ATLANTA APP FOR NEWS AND WEATHER ALERTS

Two new small hotels for your next trip to Athens

Commercial real estate brokerage and management market growing at a CAGR of 7.2% from 2021 to 2030