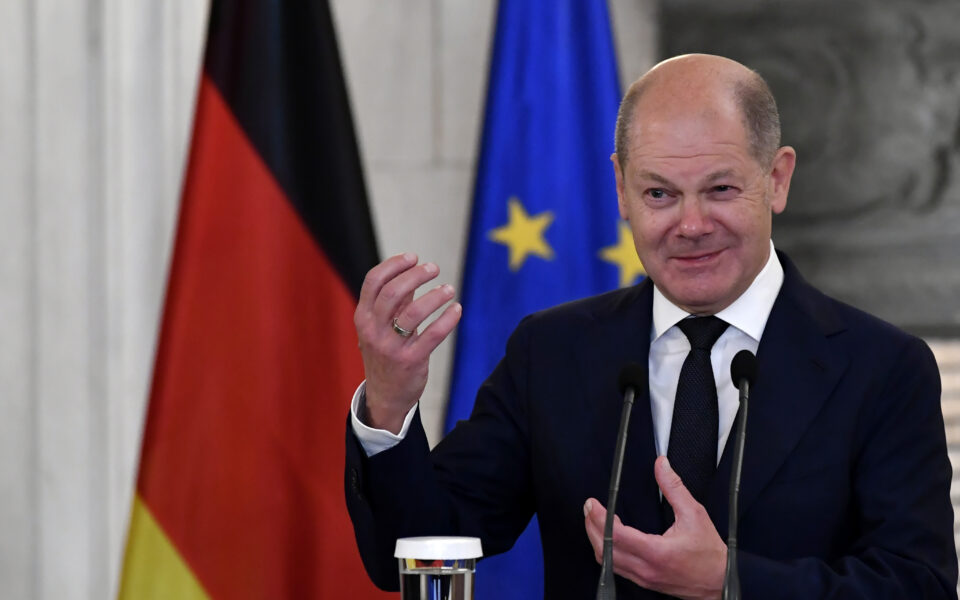 German Chancellor Olaf Scholz speaks to the media during a press conference after a meeting with Greek Prime Minister Kyriakos Mitsotakis at the Maximos Mansion in Athens on Thursday. [AP]

German Chancellor Olaf Scholz said on Thursday that EU energy ministers still had a lot of work to do, but a solution could be found to contain speculative spikes in gas prices.

The energy crisis – compounded by Russia cutting gas supplies to the European Union following Western sanctions over Moscow’s war on Ukraine – threatens a recession in Europe as it recovers from the pandemic of Covid.

European Union ministers are struggling to agree on a way to contain natural gas prices and help their citizens deal with inflation.

“There is still work to be done for energy ministers, particularly when it comes to avoiding speculative price spikes,” he added.

The meeting of EU energy ministers on November 24 will decide whether to ask Brussels to propose the cap.

Mitsotakis said EU energy ministers must reach a solution at this meeting.

“It would be our failure, and we discussed it at [EU] Council, if the issue is up to us,” Mitsotakis said.