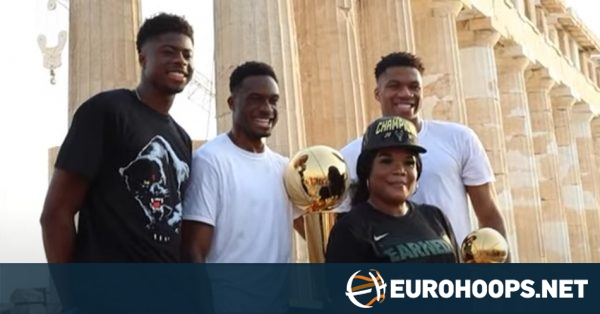 By the Eurohoops team/ [email protected]

Giannis Antetokounmpo is currently in France, visiting his brother Kostas who plays for LDLC ASVEL. He made the trip with two other of his brothers Thanasis and Alex, but before that he had a brief vacation in Greece.

On the southwestern side of the Peloponnese, Giannis has decided not only to have his vacation but also to become a resident as he arranges the final details of an investment he is making with his brother, Thanasis by becoming the owner of two residences Costa Navarino.

As he said himself on the station’s official blog: “There’s so much to do here, and it’s a safe environment. When you get here you know it will be crowded, but it’s nice that my kids can grow up in a safe environment, go to the beach, ride bikes or play on the waterslides, all without worry too much. I also think 10 to 15 years in the future when they are older”.

Giannis explained that this would become his future permanent resident in Greece: “Actually, I don’t own a house in Athens. Instead, I will have a home here. I like being here – I have fun and my family is happy here. I like to see the people closest to me happy: my mother walking on the beach, taking pictures…”

Growing up in Athens in very difficult circumstances, Giannis could not imagine what his future would be like.

But, as he explained, he adapts while having the same principles and still wanting to be around his family: “My family and I, when we had nothing, we learned to survive on the streets. Then we adapted when we went to the NBA, and now we’re adapting to where we are right now. We adapt, but our principles remain the same. Of course, there are all-time highs, as well as lows. When I was young and we went from town to town selling things, it was an absolute record for me because I was with my brothers, in a car, playing, laughing and have fun. We didn’t feel it at the time, but now that one of my brothers is in France, the other in Athens, I understand. It affected everything – about who I am, how I raise my children, how I want to be as a player, as a businessman, everything. I came here to Costa Navarino for a reason – because I know I can bring my family. There are beautiful places everywhere, famous hotels, but none of that interests me. It’s a place I’ve been before, my father and my mother have been here, and my brothers too; I came back a few years ago and had a great time”.