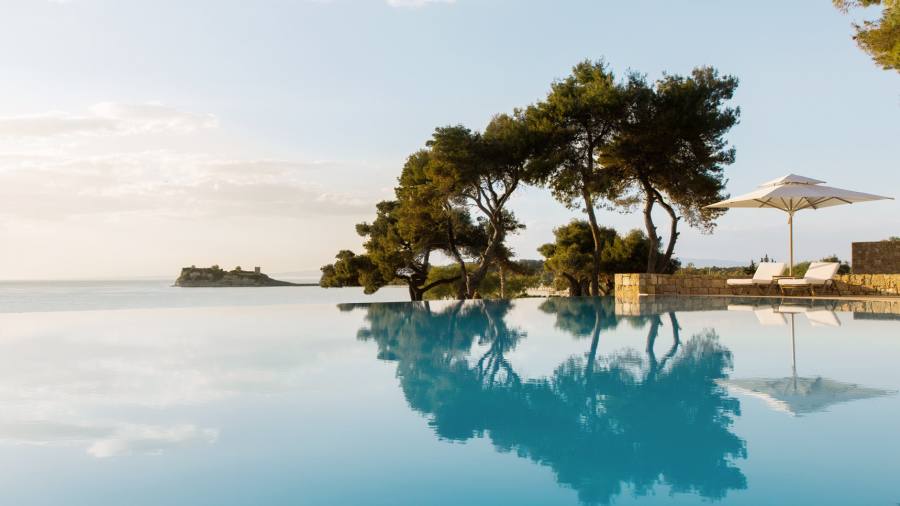 Singaporean sovereign group GIC has agreed to buy a majority stake in Mediterranean luxury resort operator Sani/Ikos Group in a takeover that values ​​the business at 2.3 billion euros, the biggest transaction in the European hotel sector since the Covid-19 pandemic.

A group of investors, including US asset manager Oaktree Capital, the asset management unit of Goldman Sachs and London-based private equity firm Hermes GPE, will leave the company after selling their shares to GIC. They came on board when the hotel group was formed through a merger in 2015.

Since 2015, revenue for the Greece-based group, which owns and operates 10 resorts with around 2,700 rooms across Greece and Spain, has more than tripled from 88 million euros to a projected figure of 319. million euros for this year. Sani/Ikos is also pursuing a five-year, €900 million expansion plan, which will add four more redeveloped complexes to its portfolio.

The acquisition by GIC comes as fears grow about a recession across Europe this winter, as the energy crisis stemming from Russia’s invasion of Ukraine has undermined consumer confidence. Most Sani/Ikos customers come from Germany and the UK. But the Singapore state fund is betting on the recession-defying luxury sector.

Last month, Fitch Ratings lowered its outlook for the group’s long-term debt from “negative” to “stable”, but kept the rating at B-. He said the company’s cash flow could be under pressure due to its big expansion plans, but it was benefiting from “lower demand sensitivity” to a slowdown in consumption and “d ‘a record above-average post-pandemic recovery’ compared to its peers in the luxury hospitality sector. .

Lee Kok Sun, chief investment officer of GIC’s real estate division, said the “excellent hospitality experiences” for customers helped Sani/Ikos stand out. “We believe this investment will generate resilient returns and demonstrates our confidence in the Greek and European tourism sector over the long term,” he added. The deal is expected to be completed by the end of the year.

GIC told the FT in July that it is focusing its investment strategy on inflation-hedge firms that can pass cost increases on to customers. This year, GIC has taken stakes in London’s Paddington office park and in The Student Hotel and Student Roost university accommodation.

Sani/Ikos has its origins in the Sani Club, a resort opened in 1971 by Greek hotelier Anastasios Andreadis, which expanded over the following decades.

Andreadis’ sons – Stavros and Andreas – became the group’s largest shareholders when it was formed from the merger of Sani Resorts and Ikos Resorts in 2015, alongside former Oaktree executive Mathieu Guillemin. All three will remain shareholders and continue to work with the company.

Andreas Andreadis and Guillemin, who are co-CEOs, said in a joint statement that the company had “led a remarkable path” of growth in recent years “despite the pandemic”. Bookings at the 10 resorts this year are up 52% ​​from last year and 57% from pre-pandemic levels. The company added that bookings in early 2023 were strong.

“We can now consolidate our leading position across the Mediterranean, for the benefit of our shareholders, our employees and the communities where we operate,” they added.