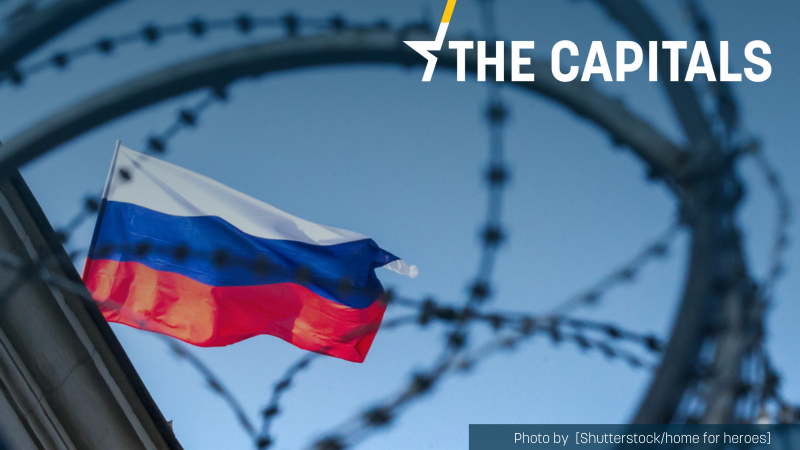 Russian embassies across Europe have been active on social media in defense of Moscow’s invasion of Ukraine. But in some cases, such as Greece and Bulgaria, Russian embassies have gone too far, even intimidating local politicians and journalists.

Meanwhile, in other European countries, Russian embassies remained silent, regurgitated state propaganda or complained about the way the war was portrayed.

But in Bulgaria and Greece, two Orthodox countries like Russia, embassies have crossed the line. On Sunday, the Russian Orthodox Patriarch Cyril approved Putin’s war and said: “we have entered into a struggle which has not a physical meaning, but a metaphysical one”.

In Sofia, pressure is mounting to expel Russian ambassador Eleonora Mitrofanova for insulting Bulgaria and its citizens.

In Athens, the Russian Embassy even dictated to the Greeks which television channels they should watch.

Bulgaria: the ambassador obliges to apologize

On Sunday, Bulgarian Prime Minister Kiril Petkov invited Mitrofanova to a meeting and urged her to observe diplomatic communication standards and not to use offensive qualifications against Bulgarian institutions.

Mitrofanova apologized to Petkov as the latter expressed outrage at comparing the war in Ukraine to the liberation of Bulgaria 144 years ago. Petkov insisted that the Russian embassy not interfere in Bulgaria’s internal politics, calling for an end to the war in Ukraine and a return to dialogue.

Previously, the “We arriveThe movement called on Petkov and Foreign Minister Teodora Genchovska to expel the diplomat within 72 hours. Former Deputy Foreign Minister Stefan Tafrov of Democratic Bulgaria, a member of the ruling coalition, made a similar request.

Mitrofanova has sparked controversy with a series of embarrassing remarks over the past week. The latest was a video address to Russophiles in Bulgaria, in which she compared the war with Ukraine to the liberation of Bulgaria 144 years ago.

“Many of my compatriots perceive the events in Ukraine, as they did 144 years ago, as just and long overdue actions to protect the people of Donbass from the Nazi regime in Kiev, which has been killing civilians for eight years “, Mitrofanova said in the video. It is supposed to be dedicated to Bulgaria’s National Day (March 3), but mostly contains Kremlin propaganda statements justifying the Russian invasion of Ukraine.

Mitrofanova is not addressing the Bulgarian people as a whole, but only “Russia’s friends in Bulgaria”.

The video is in Russian and has not been translated into Bulgarian. She spoke of “our human Christian values”, which forced Russia to act against Ukraine for Donbass.

The Bulgarian state was restored in 1878 after the third war between the Russian Empire and the Ottoman Empire. The signing of the temporary peace treaty on March 3 is still celebrated as a national holiday in Bulgaria. All nationalities of the Russian Empire, including Russians, Ukrainians, Poles, Finns and many others, took part in the war of liberation, which is the reason for the Russophile feelings of many Bulgarians.

March 3 is not unequivocally accepted by some Bulgarians who claim that the war against the Ottomans was intended to provide the Russian Empire with better access to the Black Sea and to turn Bulgaria from Ottoman territory into a Russian satellite.

After the start of the war in Ukraine, the Russian Embassy published a publication talking about “Washington and its Euro-Atlantic substrates”, which offended Bulgaria.

So far, the government has not explicitly responded to calls for Mitrofanova’s expulsion. The Bulgarian Ministry of Foreign Affairs only apologized and demanded that the publication on “American substrates” be deleted, but so far this has not happened.

“It is absurd to compare the Russian Tsar Alexander II, nicknamed the Liberator, with the bloodthirsty dictator Vladimir Putin in Bulgaria. We hope for urgent actions that will protect the honor and dignity of Bulgarian citizens from encroachments,” says the “We arrive” movement, which had representation in the previous parliament.

The 2 In March, the Russian ambassador refused to appear at the Foreign Ministry to receive two diplomatic notes on the expulsion of two Russian diplomats following the latest spy scandal in Bulgaria.

“Mitrofanova does not respect official Bulgarian institutions and insults Bulgarian citizens. If we adhere to the dignity of our country, we cannot allow such behavior from a foreign ambassador,” former diplomat Stefan Tafrov told Nova TV.

“The direct comparison between the liberation of Bulgaria and the bloody massacre in Ukraine is a hoax with our history and our memory,” the diplomat said, recalling that the Russian imperial army had never killed civilians and children Bulgarians. On the contrary, the Bulgarians fought with the Russian Imperial Army.

In Greece, tensions between Athens and Moscow erupted after ten Greek expats were killed in a shelling by Russian forces in Sartana, a village in Donetsk Oblast in eastern Ukraine.

In Athens, the Russian Embassy issued a statement saying that Russia was not bombing residential areas and villages, adding that Ukrainian soldiers should instead be held responsible.

In another startling statement, the embassy attacked politicians and media for spreading anti-Russian propaganda, which many perceived as intimidation.

“We call on everyone, and especially the very top officials, politicians and statesmen, deputies, party officials, ministries, media, various parrots and others, who yesterday hastened to blame Russia for everything (as always), to come together and take responsibility, to stop anti-Russian propaganda and to show composure, sobriety and seriousness,” the embassy said.

He added that the Donbass has been suffering from the Ukrainian army and nationalist and fascist battalions for eight years. Yet no one talked about it in Greece, “no official building or fountain here in Athens has ever been dressed in the colors of peace”.

“So some people should pull themselves together!” writes the embassy.

On Sunday, the Russian embassy went further after posting on social media that Greeks should watch a specific TV channel for “objective” information.

The embassy said OPEN TVowned by Russian-Greek businessman and politician Ivan Savvidis, who was twice elected to the Russian Duma with Vladimir Putin’s political party.

Savvidis is seen as a Russian oligarch by many in Greece, but his name does not yet appear on any EU sanctions list.

The EU is preparing a new list and EURACTIV has been told that “European Commission services check every Russian doing business in Europe with links to the Putin regime”.

What’s happening in other EU countries

In Romethe Russian Embassy sent a rather threatening e-mail to the Chairman of the Parliament’s Foreign Affairs and Defense Committees asking to forward it to all lawmakers.

“An email from Russian ambassador to Italy, attaching the declaration with which Russian Foreign Minister Sergey Lavrov has informed the EU in recent days that the sanctions “will not go unanswered”. It is the one that reached the Italian parliamentarians who are members of the Defense Committee,” the email reads.

EURACTIV Italy said it was not bullying as such, but bullying, sparking backlash among Italian lawmakers.

In Lithuania, the street of the Russian Embassy in Vilnius was renamed Heroes of Ukraine Street. The city’s mayor Remigijus Šimašius also sprayed “Putin The Hague is waiting for you” in the street next to the embassy.

In Berlin, the embassy publishes on social networks information about German personalities, institutions, organizations that have spoken out in favor of good relations with Russia and cities that do not want to end partnerships with Russian cities.

They also posted in Russian about how Russians in Germany can get help if they are being bullied/attacked because they are Russian, and a message saying this has become more common in the EU.

To Madrida video defending the war in Ukraine that was posted on the embassy’s page sparked controversy, Spanish television TELEMADRID reported string. In the video, a woman, alone and against a black background, speaks directly and openly about the war in Ukraine, defending Russia’s actions.

“Russia was very patient while the Ukrainians killed the Russians in the neighboring country. At the same time, Nazi movements were growing in Ukraine to do everything possible to kill the Soviet past in common,” she says.

In one published article by TASS news agency, linked from the Embassy’s Facebook page, Russian Ambassador to Romania Valery Kuzmin said that some Russian citizens have been denied services in Romanian banks, while mentioning some alleged border incidents.

In Tirana, the Russian Embassy asked the police to expel a man who was protesting outside the Russian Embassy holding a sign saying “F..k Putin”. Police evacuated the protester from the site, as he was in a public garden just outside the embassy and not on embassy goods. The municipality also announced that it would rename the street housing the Russian and Serbian embassies to “Free Ukraine Street”.

With junk bonds, Greece is a special case