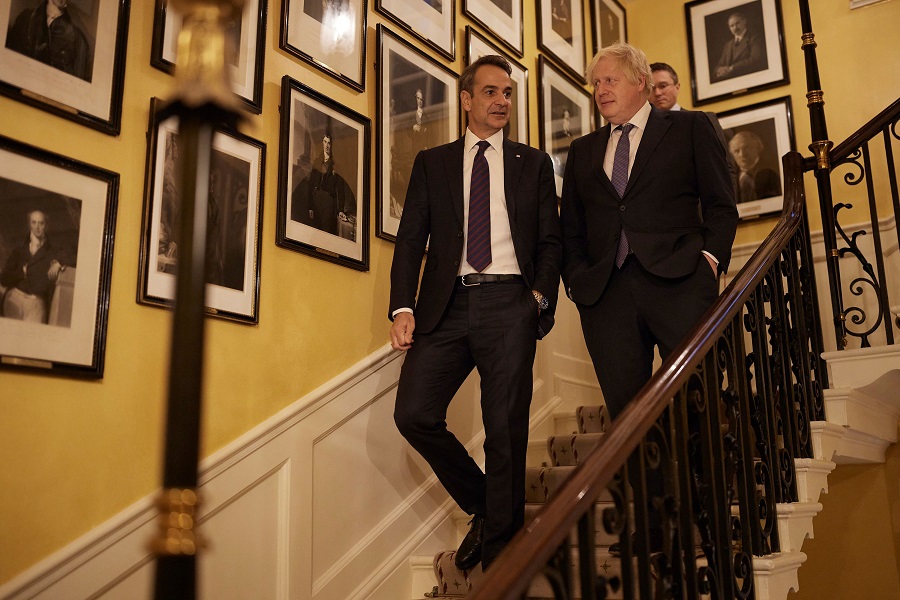 Greek Prime Minister Kyriakos Mitsotakis urged international companies to transfer their tax residency to Greece during his meetings in the City of London on Wednesday.

Mitsotakis said his government would offer tax incentives to those who settle in Greece.

According to Greek government sources, Mitsotakis met with executives of financial institutions and fund management companies, as well as executives of international companies in the fields of energy, real estate, infrastructure, technology. and industry.

He recalled the keen interest of global companies such as Microsoft, Pfizer, Cisco and Digital Realty to invest in Greece, and noted the tax incentives for those who choose Greece as their permanent tax residence, including Greeks who choose to return home. them.

Mitsotakis pointed out that companies that decide to invest in Greece provide well-paying – and often highly skilled – jobs for Greeks, while also contributing to the reversal of the brain drain that has plagued the country over the last few years. decade.

According to the same sources, Mitsotakis informed foreign investors about the favorable investment environment and the drastic reduction in bureaucracy in Greece. He spoke about the rapid digital transformation and how the portal works gov.gr, which, as he pointed out, facilitates the interaction of Greek citizens and businesses with the state.

He also pointed out that Greece is now borrowing at historically low interest rates, proving that the markets are confident about the long-term outlook for the economy, Mitsotakis said.

On Tuesday, the Greek Prime Minister met his British counterpart Boris Johnson at 10 Downing Street, where the full range of Greece-UK relations and ways to deepen them were discussed.

Mitsotakis reiterated Johnson Greece’s continuing request for the return of the Parthenon Marbles, noting that the time has come to meet Greece’s fair demand and see the monument in its entirety restored to the Acropolis Museum, sources noted.

Speaking on the issue to Greek reporters in London after his meeting with Johnson, Mitsotakis said “our request is not a rocket. We will methodically insist on laying the necessary foundations within British public opinion for the need to reunite the Parthenon marbles with the sculptures of the Acropolis Museum. It is an important question, which concerns our bilateral relations ”, he underlined.

Moreover, he added, “it is not a legal issue in itself; it is above all both a question of principle, as well as a political question ”, and he concluded by saying that“ we will use all the means at our disposal to achieve this objective which is ours ”.

Johnson told Mitsotakis on Tuesday that the British Museum was solely responsible for Greece’s request for the return of the Parthenon marbles.

“The Prime Minister said he understands the strength of the sentiments of the Greek people on this issue, but reiterated the UK’s long-held position that this issue is a matter for the trustees of the British Museum,” a spokesperson said. word from Downing Street after the meeting.

“The leaders agreed that this issue in no way affects the strength of the UK-Greece partnership.”