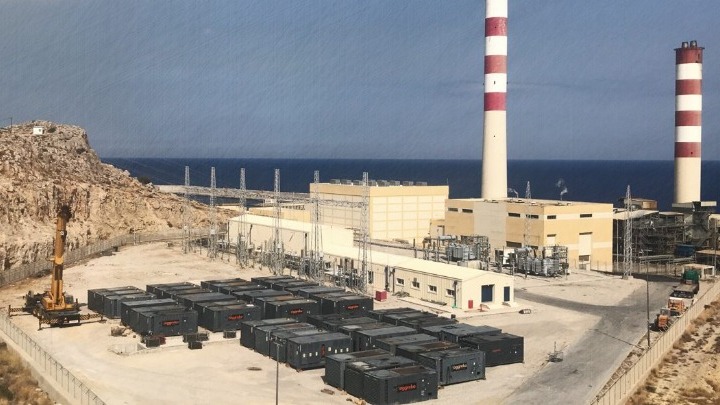 Greece on Monday called on the European Union to create a special mechanism to protect consumers against sharp increases in gas prices across the bloc.

In a joint letter to the head of euro area finance ministers, Paschal Donohoe and Greece’s finance and energy ministers called on the European Commission to consider setting up an EU-wide fund to help households cope with rising energy prices.

“The unprecedented surge in gas prices, and by extension electricity prices, is a major challenge for all EU Member States which cannot be addressed, only at national level. This is a pan-European problem which requires immediate action which should be taken jointly at EU level, ”the letter said.

EU leaders will discuss this week whether the peak requires a coordinated response. The EU has been grappling with higher energy costs in recent weeks, prompting the governments of Spain, Italy, Greece and France to take drastic measures to mitigate the impact on consumers.

Gas prices have risen this year as global economies recover from the coronavirus pandemic and global demand is growing much faster than supply is increasing.

In the letter to Donohoe, the Greek ministers note that the additional energy cost to be borne by consumers in the 27 EU countries is expected to reach 100 billion euros during the winter of 2021-2022.

They call on the European Commission to “explore possible short-term measures to tackle the additional cost of energy, especially for low- and middle-income households, in combination with innovative long-term measures to protect the energy market. energy against strong fluctuations in gas prices. . “

Greek ministers also call on all EU member states to use their strong collective bargaining power in their dealings with gas suppliers outside the bloc.

“The EU should act strategically by leveraging its collective bargaining power. Our current dependence and exposure to market fluctuations undermines the EU’s strategic autonomy and sovereignty, allowing third parties to use energy prices as a political weapon against EU interests. The EU should collectively build up strategic natural gas reserves through a centralized European platform and develop strategic gas storage facilities across Europe, ”the ministers said.

The European Union’s dependence on third-party gas supplies has also been an issue raised by France, which is pushing to strengthen the EU’s energy independence as gas prices rise. sharply.

“We do not want to depend on supplies from (countries) foreign,” French Finance Minister Bruno Le Maire told reporters on Monday.

Russia is likely to supply more natural gas to the block after Gazprom recently completed construction of the Nord Stream 2 pipeline, a politically charged project designed to deliver more gas to the EU via Germany.

“It is crucial to diversify the energy supply and reduce European dependence on gas-exporting countries as quickly as possible,” Le Maire said in a letter last week.

When asked if the EU was too dependent on Russian gas, EU Economic Commissioner Paolo Gentiloni said the issue would come up in discussions “for sure”.

He also said that the debate among euro area finance ministers would include: “How can we approach (and) strengthen our independence, address the costs of supply (and) the various means of storage.”

4 Benefits of refinancing a loan