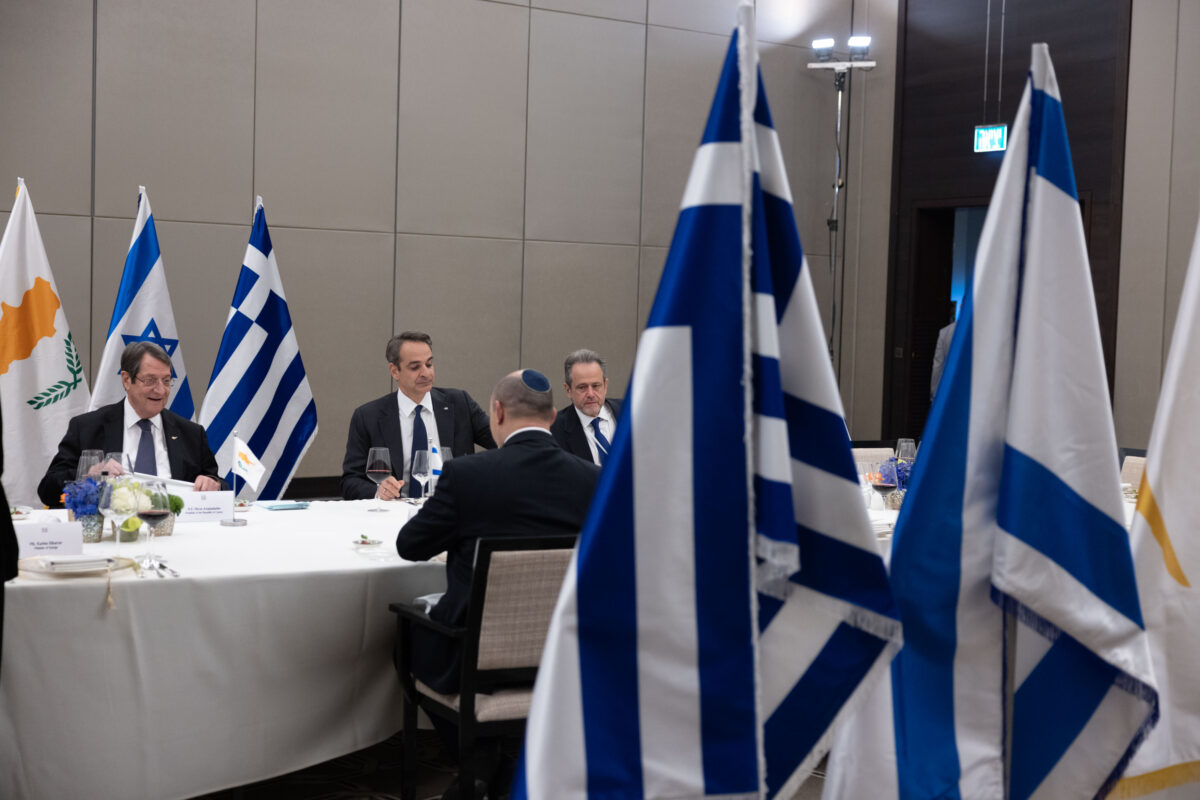 In a joint statement, senior Greek, Cypriot and Israeli officials expressed concern over “regional restorations that sponsor and fund mercenaries in various theaters of conflict”.

Naftali Bennett, Prime Minister of the State of Israel, Kyriakos Mitsotakis, Prime Minister of the Hellenic Republic, and Nikos Anastasiades, President of the Republic of Cyprus, met in Jerusalem on December 7, 2021 and agreed to strengthen cooperation between the three countries. in order to promote common interests and to work together for peace, stability, security and prosperity in their nations, in the Mediterranean and in the region at large.

“We strongly and unequivocally condemn all forms of terrorism, as well as incitement to acts of violence, and call on the international community to work together to curb the movements of terrorists and foreign fighters, to restrict assistance to terrorist entities. and to combat the spread of extremism, â€the leaders said in a joint statement issued by the Cypriot interior ministry.

â€œWe are concerned about regional vendors sponsoring and funding mercenaries in various theaters of conflict. The spread of precision-guided weapon systems as well as drones and cruise missiles is a dangerous development that we are determined to tackle. At the same time, we stress the importance of combating the financing of terrorism, â€they added.