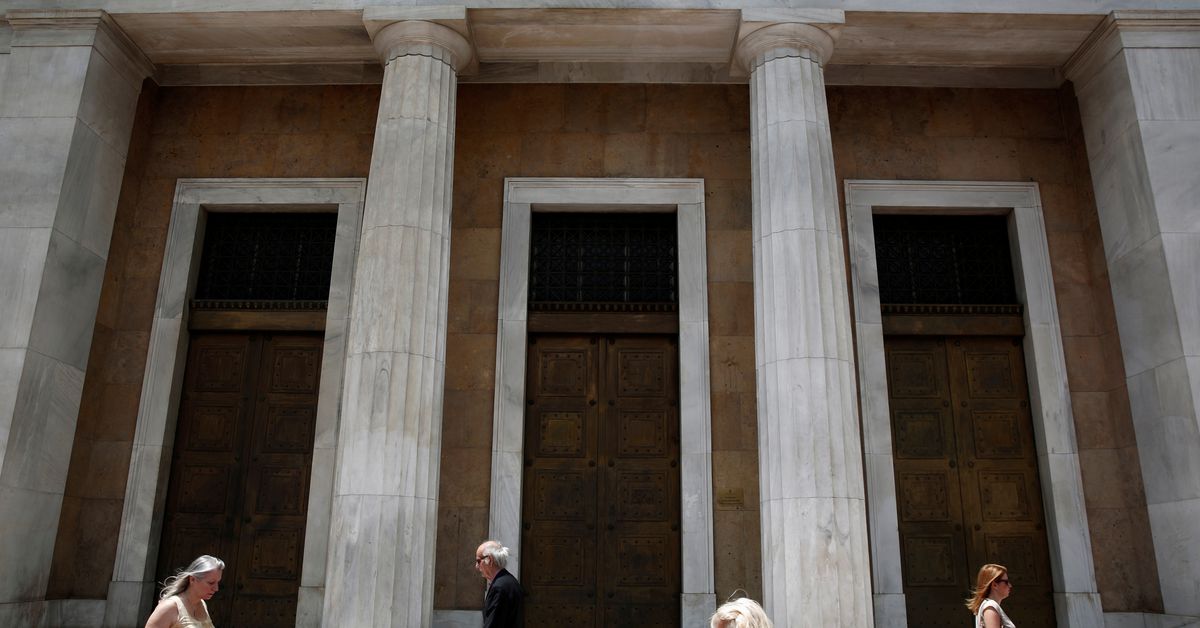 Greece’s economy set to grow 4.5% next year after 2021 resurgence

People make their way past the Bank of Greece in Athens on June 11, 2014. REUTERS / Yorgos Karahalis / File Photo

ATHENS, Nov. 19 (Reuters) – The Greek economy is set to grow 4.5% next year after a stronger-than-expected rebound in 2021 thanks to an increase in the number of tourists, pent-up demand and a boost from state support measures, the 2022 government’s final budget scheduled for Friday.

The authorities expect the economy to grow 6.9% this year, its third upward revision in the past three months, and better than the 6.1% forecast in the draft budget submitted to parliament in October, said Finance Minister Christos Staikouras.

Greek production fell 9.0% in 2020 when a cascade of lockdowns from the COVID-19 pandemic crushed economic growth and battered the vital tourism sector.

Recent data from 2021 showed the economy had recovered more than two-thirds of lost GDP, all in a year when economic activity was already limited due to coronavirus restrictions that applied during the first six months of the year, Staikouras said in a preface to the budget submitted to parliament.

Greece required three international bailouts from 2010 to 2015 worth more than 260 billion euros to avoid bankruptcy. Reforms and privatizations are an essential pillar of bailout compliance adjustments.

The country plans to raise 2.2 billion euros in 2022 through the privatization of ports, real estate assets and national highways, according to the budget.

The Fiscal Council, an independent body that assesses macroeconomic projections, said earlier it had adopted the government’s projections, but also said there were risks for 2022.

These could stem from a resurgence of the pandemic which may require further measures to support the economy, he said, adding: “Prolonged inflationary pressures – especially in the energy sector – could require compensatory measures “.

Greece joined several other European countries on Thursday in placing more restrictions on those unvaccinated against COVID-19 following an upsurge in infections in recent weeks.

The number of new daily infections reached record levels in Greece this month, putting pressure on an already struggling healthcare system and forcing the government to order private sector doctors in five regions of northern Greece to ” help public hospitals.

The state budget will be voted on before the end of the year.