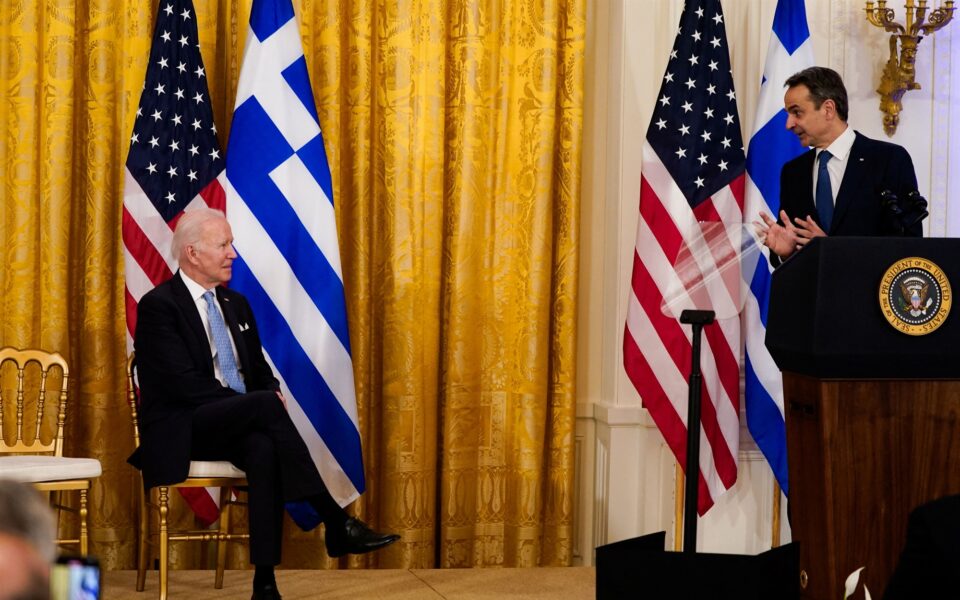 Prime Minister Kyriakos Mitsotakis speaks during a reception hosted by US President Joe Biden and First Lady Jill Biden (not seen) at the White House on Monday. [Reuters]

The purpose behind US President Joe Biden’s invitation to the Greek Prime Minister at the White House was not to discuss Russia or Turkey but to celebrate bilateral relations and the bicentenary of the Greek Revolution. The celebration may have been disrupted by international developments, but the symbolism has since grown in intensity.

By virtue of its status as the cradle of democracy, no US partner is more apt than Greece to underscore the democratic values ​​shared by the two allies – a reality that Kyriakos Mitsotakis was to underscore in his speech to the US Congress on Tuesday. However, the war shifted priorities and upset the geopolitical order. Greece today faces major challenges and – some – opportunities. Thus, the talks between the two delegations at the White House were dominated by Russia’s invasion of Ukraine. The Greek side has pledged to continue supporting Ukraine while undertaking initiatives on the energy market, in coordination with Washington, so that the financial pressure on Russia does not turn against the European economy.

The Eastern Mediterranean, including Turkey, was also on the agenda. The international situation offers Greece the opportunity to strengthen its geopolitical role. This could serve as a catalyst for additional US support to Greece, particularly in consolidating energy security in Southeast Europe and deepening cooperation in the Eastern Mediterranean. Washington attaches great importance to energy diversification, electrical interconnections, green energy and measures to combat climate change.

This is an opportunity for Greece to extend its stabilizing role in the region, based on a solid defense partnership with the United States, which is constantly expanding and offers a tangible guarantee of security for the future. Such a position will increase Greece’s diplomatic influence at a time when the crisis is intensifying the need for unity within NATO and when the United States is trying to ensure that Turkey is not further alienated.

Seen through this prism, Turkey’s insistence on maintaining tensions with Greece bewilders NATO. In contrast, Greece’s emphasis on international law and its mobilization in the wider region allows the United States to focus on the eastern wing of NATO. Greece can play a role here, with behavior guided by principles and pragmatism.

Katerina Sokou is a Nonresident Senior Researcher at the Atlantic Council.

Cash is king when looking for a house