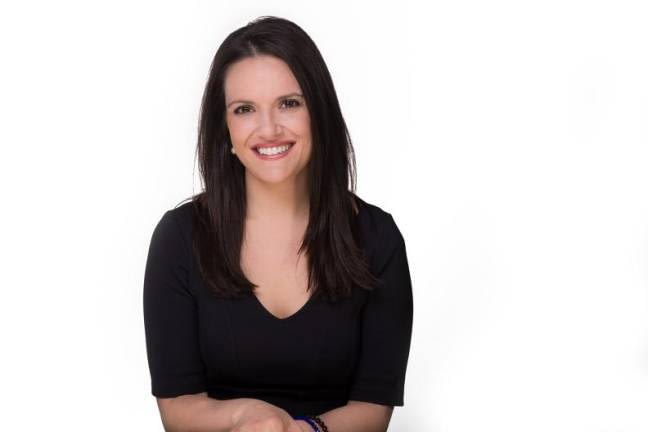 NEW YORK — Progressive activist, investigative journalist and founder of the Matriarch women’s group, Nomiki Konst, will continue her fight for the community through her bid for the state Senate District 59 primary race. Holding power accountable and working for visionary reform over the years, she now sets her sights on building a better future for the people of Astoria. Nomiki Konst spoke to the National Herald about the upcoming election and his goal of making a change.

First, how and why did you decide to run for State Senate District 59?

When the old District 17 was declared unconstitutional by a court and a new district was revealed to include Astoria, local leaders, organizers and longtime neighbors asked me to introduce myself.

Something I couldn’t help but notice was that there were key issues that were unresolved, particularly the continued economic and human devastation caused by the COVID-19 pandemic and the will to attack the big interests which make this community so quickly unapproachable.

After dozens of conversations with other community leaders in the district, it became clear that issues around income inequality, transportation, pandemic relief, housing and security needed to be addressed.

New York is one of the few places in the country where we can really get things done. We have a responsibility to be a national leader right now, and so many New Yorkers are asking us to do so.

I’m thrilled to represent Astoria, which is a big part of the district and has a deep history with the Hellenic community. Before living here, I used to visit as a kid when my dad was the director of AHEPA in New York State. I have the fondest memories of glendis and concerts as well as going to many Greek restaurants which sadly are no longer there.

Why do you think politics in Astoria have changed so much in recent years, especially after Congresswoman Cortez won in 2018?

I think it’s been extremely powerful and clarifying for a lot of people to have an outspoken progressive representing Astoria, and that’s why I supported her from the first time I met her before she announced her run, in 2017 when she contacted me after I spoke at a conference.

The things Congresswoman Ocasio-Cortez talks about and defends are common-sense agenda items — single-payer health care and climate resilience. These are issues that affect workers directly and it is extremely helpful to have someone with a major platform reminding us that things don’t have to stay as broken as they are.

Can you find a connection to the traditional Greek-American community in District 59?

Absolutely! It’s my community. I grew up in the Greek Orthodox Church, went to Sunday school and Greek school, participated in choral and Greek dance competitions at the FDF, and travel to Greece as often as possible. My father’s side is from Kefalonia and Kalymnos and my mother is from Vorio Ipirus. In 2018, I was the first of my Greek-American family from Ipirus to cross the border into the remote mountains of Albania and visit the still incredibly isolated village of Politzani. I saw the mountains through which Yiayia and Papou escaped, my great-grandmother’s grave and the houses in which they grew up.

My dad was the Governor of AHEPA in New York State and I visited Astoria regularly when I was a little girl. This is where I practiced my Greek dancing and cultivated an appreciation for our culture and – if we’re being totally candid – our food.

Sadly, many of the mainstays my dad and I used to go to, like Zenon Taverna, have closed – as part of a larger trend.

Although all these years most candidates and elected officials talk about an agenda to make New York more affordable for working people, we finally see that the costs are increasing and that daily life in the city is increasingly difficult. What do you think is the common mistake and how could this situation change?

I don’t doubt the good intentions of many of our local legislators, but as the question notes, the cost of living has increased dramatically over my lifetime. We all understand what drives it: a speculative housing market fueled by tax incentives for big developers and rezonings. As more and more properties are bought up by speculators and turned into luxury housing, people are being pushed out of their communities, putting downward pressure on low-income communities, and the pattern is repeating itself.

We know we need to end tax subsidies for luxury development and we need to impose a pied de terre tax on unoccupied housing stock and challenge the oligarchs who use our real estate to hide money. Additionally, we must use our government to actively remove costs from people’s budgets, such as health care. New York needs a single payer and can pass it. We also need to make sure people are properly compensated for their work to keep up with the cost of living.

The problem is that it is very difficult to do all of this when powerful interests are so entrenched. We just didn’t get the votes for some of those key agenda items. To further complicate the matter, New York alone cannot solve wealth inequality. We need the federal government to do more.

Albany has been at an impasse for decades and now that we have Democratic control, we are able to act more boldly. But, unfortunately, many lawmakers, even on the Democratic side, are controlled by special interests. I’m proud to be the only contestant who not only didn’t take special interest money and didn’t have machine support, but I took special interest and won.

Many progressives are said to believe your candidacy could lower Kristen Gonzalez’s vote. What do you think?

Compared to our opponent, we start significantly ahead in terms of notoriety, community connection and progressive experience. The lines were announced a little over two months ago and everyone started showing up to this neighborhood at the same time. In his case and others, they were running races in an entirely different district that is 85% district – and now have to show up to an area very quickly. It is unfortunate that the groups that supported her in another race did not open up the approval process for the new district so that the community could have a voice and there could be a democratic process. This is happening all over New York with other groups and candidates, I would have thought the progressive groups would have had a more transparent and democratic process. We believe that all 4 candidates should have been part of the approval process and should have had the opportunity to make their case to the community they represent.

My history in the progressive movement is long, spanning over 2 decades. My residence and my connection with this community are longstanding. We believe in democracy and listening to neighbors – not internet noise which is often influenced by many other factors including the promotion of narratives by machine organizations who want to anoint their elected officials and pressure the others to do the same.