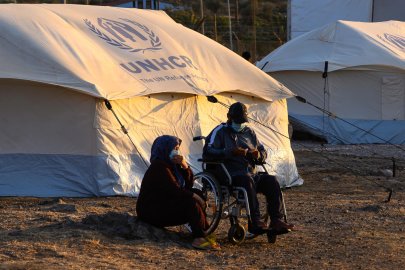 The Greek government has taken over the management of the cash assistance program for asylum seekers in Greece from the United Nations refugee agency (UNHCR).

The Greek branch of the United Nations refugee agency, UNHCR, announced that the Greek government had taken over management of the cash assistance program for asylum seekers. He said the program, which was put in place in spring 2017, continues to have a positive effect on the lives of thousands of refugees and migrants in the country.

The program has benefited more than 200,000 vulnerable asylum seekers in Greece, while also contributing to the local economy through the purchase of goods and services.

As part of this program, money is provided to asylum seekers as part of the country’s compliance with the Reception Conditions Directive, an EU law that requires member states to provide ” material reception conditions for all asylum seekers in need ”.

Originally as part of the ESTIA emergency aid program

Cash assistance for asylum seekers in Greece is funded by the European Union. It was originally part of the Emergency Integration and Accommodation Assistance Program (ESTIA) which started in 2018 and included both accommodation and a cash assistance component.

ESTIA provides both housing and basic services to vulnerable refugees and asylum seekers in Greece. The accommodation component of ESTIA was handed over to the Greek government last year. UNHCR worked closely with the Greek authorities for the transition of ESTIA.

“Cash assistance enhances the dignity of those who have been forced to flee, enabling them to meet their basic needs and decide for themselves how to do it,” said Mireille Girard, UNHCR representative in Greece.

After more than four years of managing the cash assistance program, UNHCR made its final payment, which covered until September 30, 2021.

The ESTIA program has shown positive results for local communities and asylum seekers, supporting social cohesion and integration. UNHCR will continue to support the Greek government in its efforts to ensure the success of ESTIA.

“It is important that all asylum seekers in need of assistance continue to receive it without interruption and that they are informed of the new program during this transition,” said Girard.

In a statement, the Greek Ministry of Migration and Asylum said it “thanks the Office of the United Nations High Commissioner for Refugees for its cooperation so far and the European Commission for the funding”.

“With this transition, and in combination with the implementation of the ESTIA housing program undertaken by the ministry from September 2020 (ESTIA II, then ESTIA 2021), the country is covering its obligations to provide material assistance to applicants for asylum, “the statement read. .

“The transition from the programs of international organizations to the Ministry of Migration and Asylum is an important step and is part of the government’s plan for a full restoration of migration control.