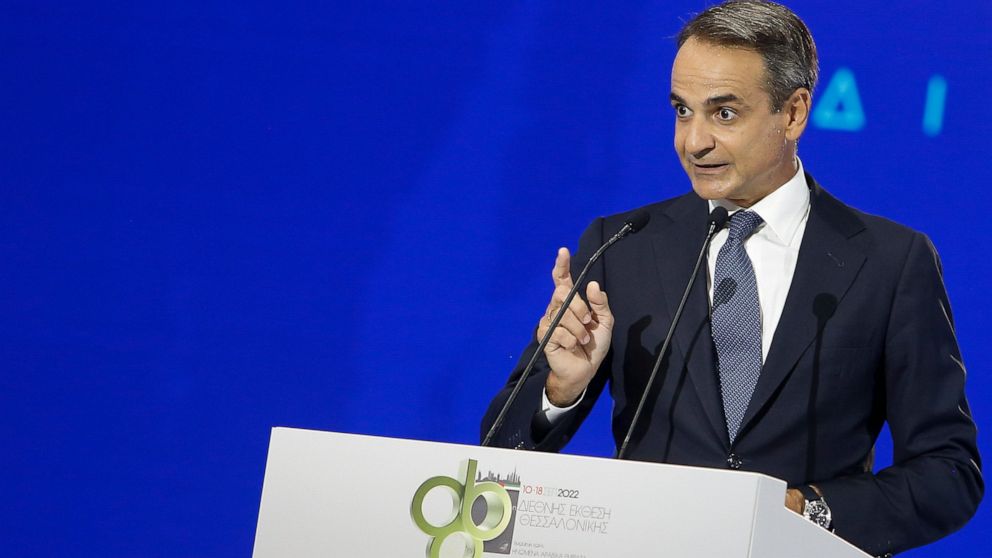 Greek leader: EU must respond with one voice to Putin’s “blackmail”

He said Putin’s invasion of Ukraine was intended to “legitimize despotic authoritarianism and allow any local troublemakers” to do the same, a thinly veiled reference to Greece’s neighboring Turkey and the rhetoric increasingly aggressive from President Recep Tayyip Erdogan.

“In the war in Ukraine, we support those who fight back, we support democracy and freedom…we know what it means to have an (aggressive) neighbor,” Mitsotakis said.

Putin wants to turn European anxiety over energy into political destabilization, Mitsotakis added in the opening speech at the Thessaloniki International Fair, in which Greek heads of government announce economic policies for the coming year .

The Greek Prime Minister reminded his audience that Greece had proposed natural gas price caps and decoupling electricity prices from natural gas prices months ago and expressed his satisfaction that the European Union supports such solutions.

“Better late than never,” he told reporters earlier on Saturday as he toured the show’s exhibits.

Mitsotakis said his government would continue to subsidize electricity bills “no matter what the cost.” But Greek officials have also said the subsidies will now include incentives to reduce consumption and, if possible, to replace natural gas with other fuel sources for heating.

The Prime Minister announced a number of additional measures, such as a cost of living check of 250 euros paid to some 2.3 million beneficiaries, increases in pensions and the minimum wage, tax cuts, a subsidy €150 million to farmers to offset higher fuel and feed costs, better salaries for the national health service and armed forces and other personnel. In total, he said, this aid, excluding subsidies on the electricity bill, would cost 5.5 billion euros.

Since the beginning of 2020, Greece has spent more than €50 billion to support households and businesses affected by the COVID-19 pandemic and now by the energy crisis and rising inflation.

The strength of the economy, which is expected to grow by more than 5% in 2022, gives the government the leeway it needs to spend more. But, from 2023, the heavily indebted Greek government must also post primary budget surpluses, as agreed with the EU.

Next year will also see new elections, probably more than one. The first round of voting is not expected to result in a single party securing a majority of seats in parliament and a coalition government seems highly unlikely. This would result in a second round of elections, which would be held under a different electoral law that would give the winning party a bonus of 30 seats.