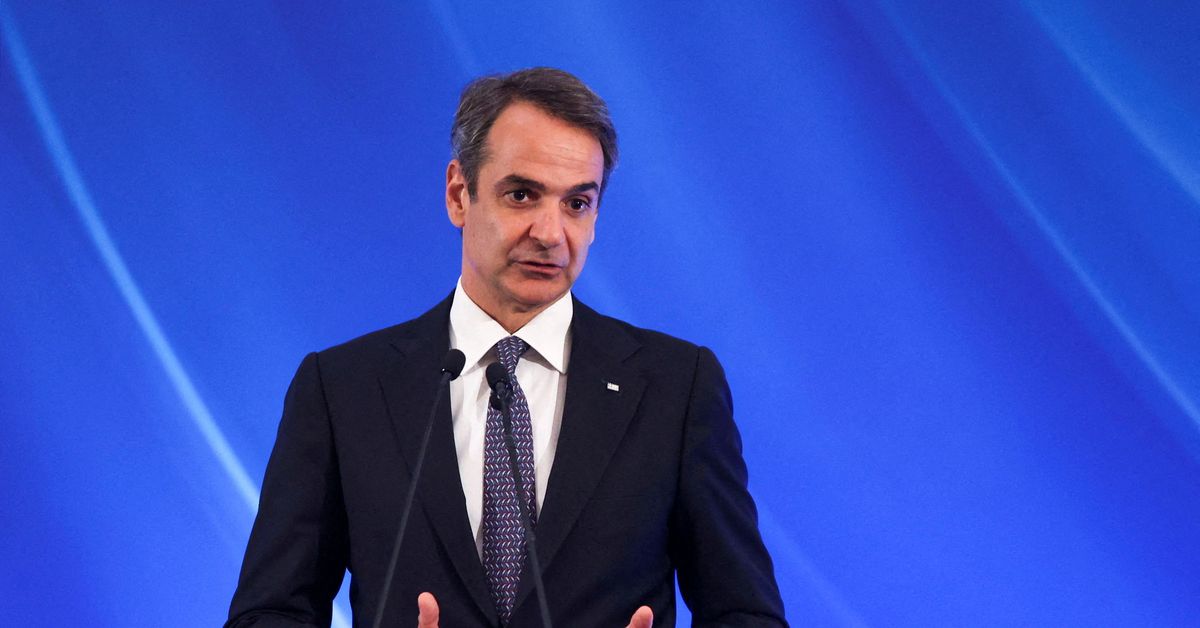 ATHENS, July 26 (Reuters) – Greek Prime Minister Kyriakos Mitsotakis has proposed an EU-wide mechanism that would compensate industries for reducing their gas consumption this winter as part of European efforts to deal with gas supply, his office said on Tuesday.

EU countries on Tuesday approved a weakened contingency plan to reduce their gas demand, after reaching compromise agreements to reduce cuts for some countries, as they prepare for further cuts in gas Russian offer. Read more

European countries are struggling to reduce their dependence on Russian gas and build up reserves after the Russian invasion of Ukraine in February.

In a letter sent to European Commission President Ursula von der Leyen on Monday, Mitsotakis proposed a Europe-wide mechanism that will compensate industrial users for reduced gas and electricity consumption this winter.

Mitsotakis said the mechanism would cover demand reductions for months rather than hours or days and would combine elements of energy market design and a way to fairly compensate industry.

“By offering financial incentives, rather than relying on the penalty of emergency outages, the proposal is more likely to unlock a strong and substantial industry response,” he added.

The tool would be funded by national and European resources, showing solidarity and allowing funds to flow to those who are most able to reduce their gas consumption, Mitsotakis said in the letter.

Greece depends on Russian gas for 40% of its needs and uses two-thirds of the fuel for electricity production. He asked to be exempted from the EU gas demand cut. Read more

No waste is wasted when recycling the Greek islands