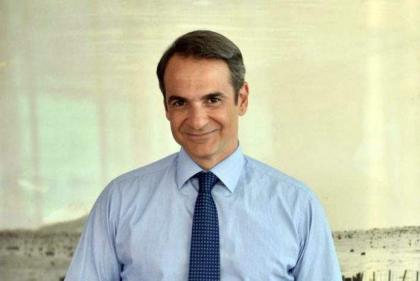 â€œToday at #ICUNcongress, I unveiled a 6 point plan to ensure Greece continues to place sustainability at the heart of our blue economy of coastal and ocean industries,â€ Mitsotakis said on Twitter.

The action plan will aim to protect the biodiversity of the Mediterranean Sea, which surrounds Greece, and harness the benefits of a new balance between economic growth, social cohesion and sustainability.

“Our plan includes reducing overfishing by declaring 10% of our seas as ‘no-take reserves’, as well as the ambitious goal of reducing plastic waste at sea by 50% and microplastics released into the environment by 30%. by 2030, “stressed the Prime Minister.

In addition, the Prime Minister’s plan also noted the importance of developing a sustainable tourism strategy that will benefit the Greek economy, which relies heavily on tourism, while taking care of its natural environment.

During his speech to IUCN, Mitsotakis also underlined the importance of “close cooperation involving all the countries of the Mediterranean” which will bring the ambition to preserve the requirements of the ecosystem.

IUCN is designed to give new political impetus to the protection of the Mediterranean Sea, championed by France and Spain and launched in October 2020. The initiative includes eight countries including France, Greece, Morocco, ‘Spain, Italy, Egypt, Tunisia, and Algeria and five organizations, namely the UNEP / MAP-Barcelona Convention, the Conference of Peripheral Maritime Regions, the Union for the Mediterranean and the General Commission of fisheries for the Mediterranean.

Greece will host the next EUMED9 summit on September 17, which will focus on the protection of the Mediterranean Sea.

Curry: Covid-19, climate crisis and opportunities for Asean to be safer, stronger and greener