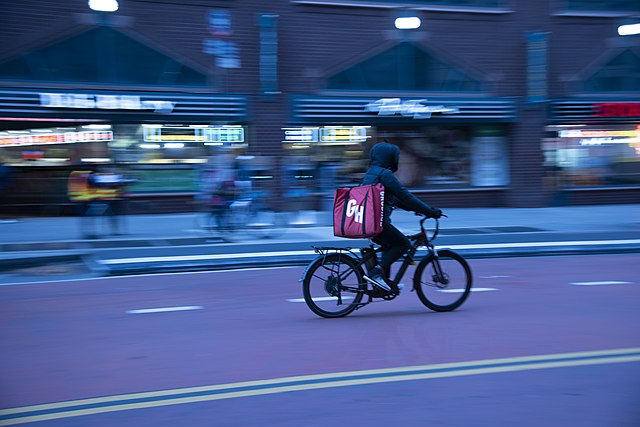 The commissions paid by Greek restaurateurs to electronic delivery platforms are among the highest in Europe. It’s a well-kept secret in the Greek restaurant business, and it seriously affects their income.

By offering more than 30% of their profits on every dish delivered through an online delivery platform, Greek restaurants are practically making platforms their unwitting business partners.

According to restaurateurs, the base commission fee charged by the platforms is 27% of the price of any entry. Add to that the 24% VAT charge on that same 27%, and you get a total of about, or more, 30%. And that’s just for the basic use of the online delivery service.

If the restaurant does not have its own delivery fleet, the platform offers its vehicles in addition. Commission fees are not the same in all areas. The price of docks increases if the area served has a higher standard of living.

In Kifissia, for example, the charges are higher than in Peristeri. Kifissia is a northern suburb of Athens, where property prices are among the highest in the country. Peristeri, on the other hand, located in the western part of Athens, has cheaper real estate.

But the commission fees are generally much higher than the 30% charged by the platform to deliver the restaurant’s dishes. There is also an “extra promotion” fee, which ensures the restaurant appears in the top spots on the platform.

Refuse to pay for this and your restaurant will be at the bottom of the users list when they open the online platform to order. The commission percentage is determined by both the area you serve and the height of your business listing.

It’s like Google’s results, but regulated, instead of being determined by bot algorithms. The “extra promotion” costs usually increase even more, if the restaurant wishes to include premium placement, discount offers, recommended dishes, and so on.

The two most popular electronic delivery platforms in Greece are efood and Wolt. Due to containment restrictions linked to the pandemic, the profits of the former were nearly 23.5 million euros higher in 2020 than in 2019.

This growth is attributable to the increase in take-out orders. As a result, efood’s commission income increased by € 13.4 million in 2020, to € 46,143 million. Add to that an additional 5.3 million euros for ‘extra promotion’ costs and you realize why efood ended up being the ultimate success story of 2020.

Even before the pandemic, electronic delivery platforms had been very successful. With lockdown restrictions, they’ve improved their game, also incorporating delivery services from liquor stores, supermarkets, butchers, fishing, and bakery.

Restaurant owners now find themselves in an impossible situation. They need electronic delivery platforms to grow their businesses, but they feel trapped by the huge cost of doing business this way. Most are furious with the platforms, but remain silent for fear of losing their traffic.

Despite its rapid growth, efood found itself in the midst of a labor dispute controversy last month. After texting 115 of their employees urging them to become self-employed, social media users were outraged.

In less than a day, efood’s online reviews went from 4.5 stars to 1. Many users removed the app from their devices and the company was forced to resume texting. They apologized, saying it was a “communication error” on their part.