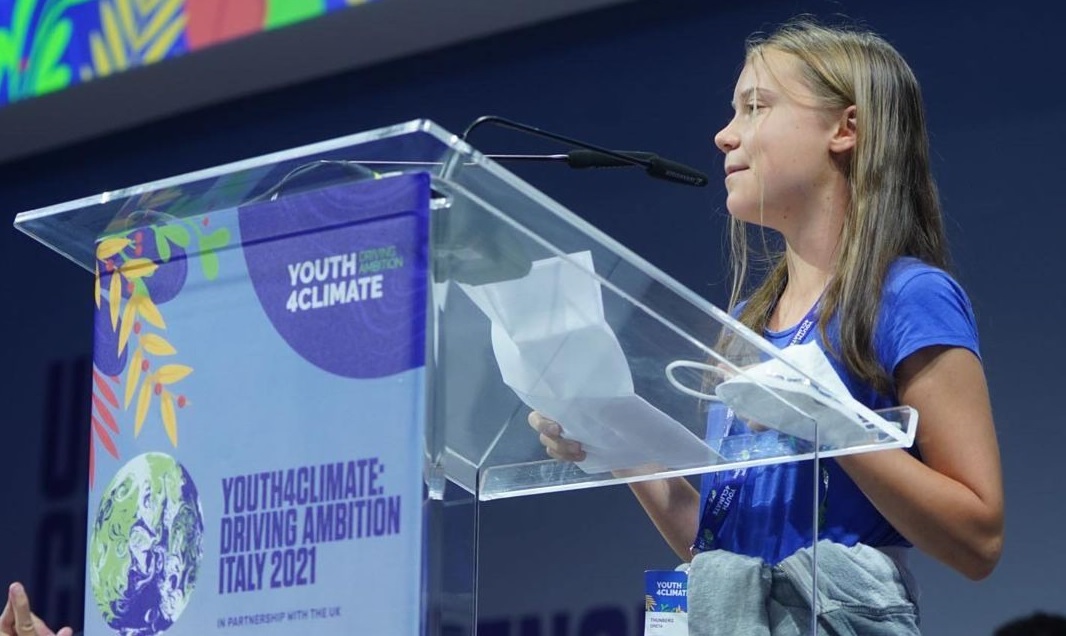 Draghi met climate activists Greta Thunberg, Vanessa Nakate and Martina Comparelli in Milan on the last day of the Youth4Climate summit. “Your mobilization has been powerful, and rest assured, we are listening to you,” Draghi said.

On the opening day of the summit, Thunberg berated political leaders for what she called their “blah blah” pledges on climate change, warning them that time is running out to tackle the crisis.

The Swedish activist mocked world leaders – including US President Joe Biden and Britain’s Boris Johnson – for what she accused of their empty words and broken promises.

And in her taunt at British Prime Minister Johnson, the eighteen-year-old mocked the leader’s rhetoric around her government’s “green recovery” plans.

Draghi tried to address the criticisms in his speech to the young activists but clearly struggled to convince them.

“Your pressure, frankly, is welcome. We need to be pushed into action. Your mobilization was powerful, and rest assured, we are listening to you, ”said Draghi, just before his speech was interrupted by a handful of protesters who were quickly escorted out of the room.

The events took place four weeks before the United Nations COP-26 climate summit in Glasgow. In September, Christian world leaders united to warn of the “catastrophic consequences” of climate change, saying the present is a “critical moment” for the future of the planet.

Christian world leaders have united to warn of the “catastrophic consequences” of climate change, saying the present is a “critical time” for the future of the planet.

Thunberg, born January 2003, is known to have prompted world leaders to take immediate action to mitigate climate change. She first stood out for her youth and her frank manner of speaking, both in public and in front of leaders and political assemblies.

Thunberg’s activism began by persuading his parents to adopt lifestyle choices that reduced their own carbon footprint. In August 2018, at the age of 15, she began spending her school days in front of the Swedish Parliament to call for stronger action against climate change by holding up a sign that read ‘Skolstrejk för klimatet’ ( schools for the climate). Soon, other students engaged in similar protests in their own communities.

To avoid gas-guzzling flights, Thunberg sailed to North America, where she attended the 2019 United Nations Climate Action Summit. Her speech there, in which she angrily exclaimed “How dare you,” was picked up widely by the press and incorporated into music and a slew of memes.

She has received numerous honors and awards including an honorary scholarship from the Royal Scottish Geographical Society, inclusion in Time’s 100 Most Influential People, being the youngest Time Person of the Year, inclusion in the Forbes list of the 100 most powerful women in the world (2019), and three consecutive nominations for the Nobel Peace Prize (2019-2021).