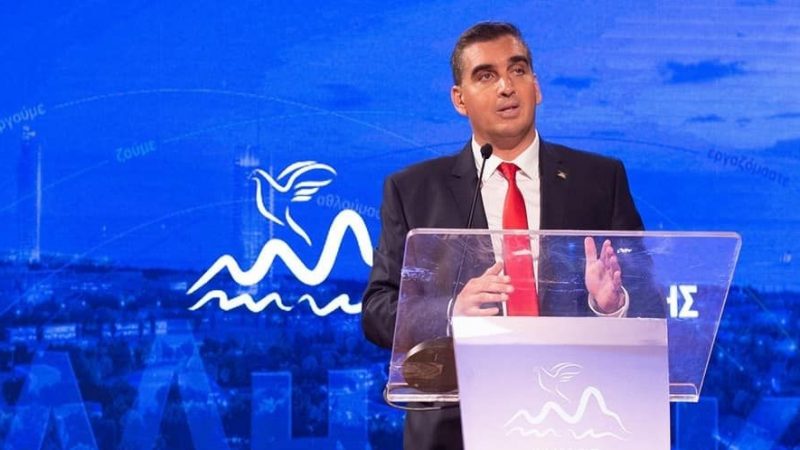 An €8 billion investment project billed as Europe’s largest coastal park is set to create a ‘smart’ city in the Greek capital and provide a much-needed green boost, the mayor of Ellinikon, the site of the project, to EURACTIV Greece in an interview. .

“Ellinikon Park alone is expected to nearly double the amount of public green space available to every Athenian. It will thus bring a much sought-after environmental benefit to the capital, which will benefit both residents and visitors from around the world,” said Mayor Ioannis Konstantatos.

The idea of ​​the project, which will be implemented in the old airport of Athens, was launched in times of economic crisis.

The ultimate goal, the mayor said, is to make the city a “universal center of attraction” while preserving and modernizing the local historic element.

Lamda Development, a Greek real estate holding company, which undertook the investment and has already started work to implement it gradually, presented parts of the investment to the general public.

“These include the architectural plans for Marina Tower, Greece’s first green skyscraper, the Commercial Hub, a new shopping complex that will improve our quality of life, Ellinikon Park, a park open to all, which s ‘will extend over two million square meters of greenery,’ Konstantos said.

“The park will be fourteen times larger than the National Garden in Athens, and even larger than Hyde Park in London,” he noted.

Konstantatos also designated a building that will house four associations of disabled people and added that all buildings will be built according to ecological standards.

“They will offer visitors and local residents a lifestyle with less concrete and greener elements unlike the trends of modern megacities,” he said.

Earlier this month, the European Bank for Reconstruction and Development (EBRD) decided to invest 20 million euros in Lamda Development’s inaugural green bond for a total amount of €230 million.

Total investor demand reached a record high of €718.5 million while more than 14,000 requests from private investors were submitted.

The result was seen as a significant sign of confidence in the future of the project.

“We are very pleased with the participation of the EBRD in the very first green bond listed in Greece. This transaction further cements our relationship with the EBRD, which we consider a strong partner in our journey to make The Ellinikon a benchmark project in sustainability and smart living,” said Lamda Development CEO Odisseas Athanasiou.

According to Mayor Konstantatos, the project also aims to attract one million new tourists per year.

“With a significant number of new architectural ‘landmarks’ and themed tourist infrastructure combined with the marina, park and commercial developments, it is expected to attract one million new tourists a year,” the mayor said.

The mayor explained that the aim is to entice tourists to stay longer and spend more in Athens.

“The project aims at multi-speed tourism. It will certainly attract the wealthy but it will also be accessible to anyone who wants to walk around and get some fresh air,” he said.

A benefit for local communities

In the more than ten years since the decision to authorize the project, several requests for cancellation have been filed with the Council of State, both by those who were rejected in the procurement process and by those who opposed the investment for different reasons.

The project is expected to contribute 2.5% to the country’s GDP and create 75,000 jobs, with tax revenues estimated at more than 14 billion euros.

“Our local community can only view this investment positively,” the mayor said.

A particularly important advantage, he pointed out, is that “Ellinikon’s management body is based in our commune”.

“The body is expected to manage all remunerative costs for the spaces under the investment and will have revenue from the entire process for the benefit of our fellow citizens,” he said.