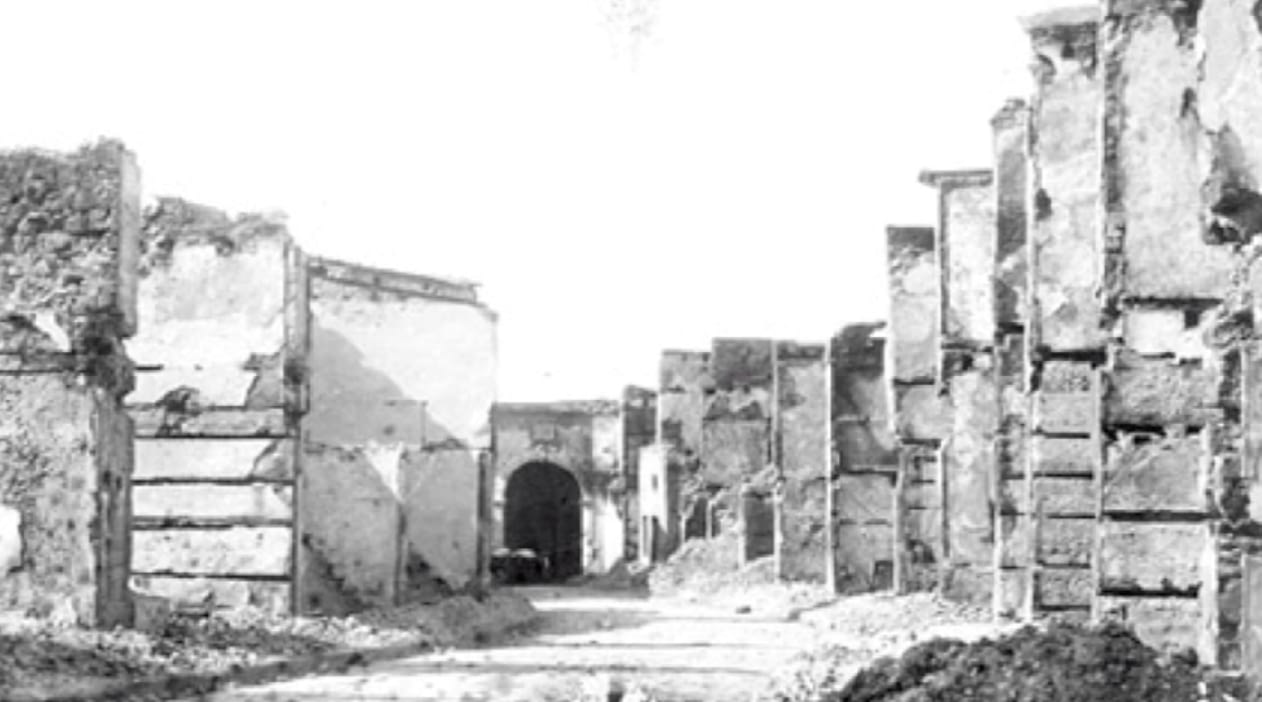 The massacre of Christians in Canea-Chania and the failure of the Ottoman government to implement reforms in Crete led to a rebellion of Cretans who demanded union with Greece in January 1897. There had already been uprisings failed in 1841, 1858, 1866, 1889, and 1895.

In response, the Greek government sent troops and its navy to Crete, earning the wrath of the major European powers. Its mission was to restore public order and “not to leave the Cretan people at the mercy of Muslim fanaticism, and of the Turkish army, which has always intentionally and connivingly participated in acts of aggression against Christians. “.

An international naval squadron of European powers (Britain, France, Germany, Russia, Austria and Italy) was sent to protect Canea (Chania) in Crete. The powers opposed the Greek annexation of Crete and insisted that Greece withdraw its troops and naval forces from the island. Moreover, the powers did not want a European war on Crete.

On March 17, 1897, the powers granted their permission to the admirals that Cretan autonomy would be granted to them on condition “that it enters into no particulars as to the constitution to be granted to them, but merely declares with regard to their Internal Affairs “. they will be entirely free from the control of the Gate. From this emerged the Council of Admirals which made them the power brokers in Crete.

The admirals drew up proposals for coercive measures to be adopted in the event that the Greek government did not comply with the request to withdraw its troops. The Greeks had no choice but to comply with the demands of the admirals by finally withdrawing their troops from Crete in May 1897.

To implement their measures, the Council of Admirals divided the island into five sections, with each power responsible for its area. That is, the Austrians sent 300 soldiers to Kastelli, Kissanos and Selino; 300 Germans went to Suda and 300 Russians to Rethymno; 500 British soldiers are sent to Candia (Heraklion), 300 French to Sitia and Spinalongou, and 300 Italians to Ierapetra. The Germans and Austrians withdrew their troops in November 1897 and March 1898 as the former had moved closer to the Ottoman Empire.

While the German-Austrian withdrawal seriously weakened the Council of Admirals, the other four powers continued to maintain their troops in their assigned areas. A combined Anglo-French force was responsible for Canea and Suda. The admirals did everything in their power to ensure that law and order was strictly maintained and allowed supplies to reach the towns in the interior. In January 1898, the British Admiralty replaced Admiral Harris with Rear Admiral Noel.

On May 25, 1898, the European powers agreed on the creation of an executive committee appointed by the Cretan Assembly. This committee included: Eleftherios Venizelos, Ioannis Zacharakis, Ioannis Sfakianakis, Emmanouil Mylogiannakis, Nikolaos Giamalakis and Antonis Hatzidakis. He was to be of a provisional character who would keep in touch with the admirals and was liable to be removed by the admirals if he overstepped his authority. The committee administered the territory under the authority of the Cretan Assembly, while the admirals exercised direct authority in the districts occupied by European troops.

The admirals discussed the question of the funding needed to finance the administration of Crete, which also required the approval of the powers. A 3% tax on exports was to be collected from customs under British control. The Muslim leaders were replaced by Christians, which angered the former. The French, British, Russian and Italian governments envisaged “the formation of an international Syndicate of bankers of the four countries, which would make the necessary advances and would be authorized to collect in guarantee the whole or part of the 3% of the customs duties. surtax.” The powers authorized the admirals to implement this measure.

Andrew L. Calokerinos, the U.S. Consular Officer, wrote a report on the Candia Massacre on September 10, 1898. An excerpt from his report reads:

“On September 6, 1898, by order of the Board of Admirals, the commander of the British troops of occupation here, Colonel F. Reid, accompanied by 2 patrols of about 50 men, went down to the wharf to establish in their office the newly appointed Christian officials to collect tithes of agricultural produce to be delivered to the Provisional Government. Just at the same time, thousands of Muslim Bashis rushed to the port with arms where the Dime Office was. Colonel Reid being informed, ordered a British picket to take possession of the port gate Major Churchill, a Turkish officer, chief of the international police here, left the port and went to Mutessarif Edhem Pasha and although three hours of continuous fighting took place between the Bashis and the English troops and blue jackets, HMS Hazard bombarded several parts, only at 5.30 p.m. Edhem Pasha descended and dispersed the Muslims so that the British troops that can be embarked on the British steamer Turquoise. Casualties among the British were 15 killed and 42 wounded; Muslims were unknown.

“At the same time, bands of Muslims were burning down the Christian shops from the port gate to the arsenal and about 200 shops were burnt down, among which Georgiadis Bros (American citizens) and Sophocles were murdered (Georgiadis). Several of my stores as well as the vice-consulates of England, Germany and Spain were burnt down. The British Vice-Consul, my father, was killed along with many of my family’s movables.

“The admirals intend to demand the complete disarmament of the Muslims, the withdrawal of Turkish troops and the punishment of many culprits. In Candie, more than 600 Christians were massacred and many were distinguished personalities. Only about 350 were rescued and shipped to Greece.

An international military commission in Candia sentenced the Muslim culprits to death for the murder of the British VC (Lysimachos Calokerinos) and others for armed rioting. The sentences were ratified by the Council of Admirals on November 5, 1898. The last Ottoman troops left Crete forever, paving the way for the arrival of Prince George of Greece as Governor-General, a process that would eventually culminate to the island. union with Greece in 1913.