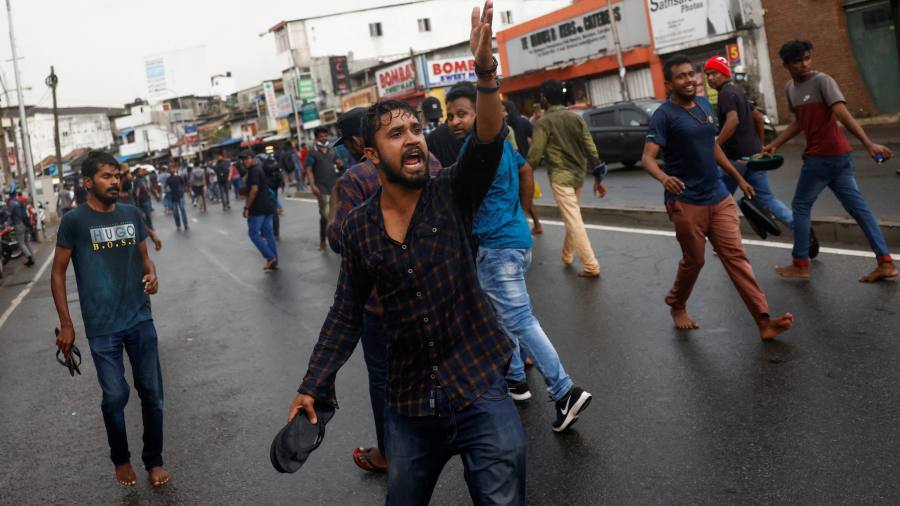 The author is head of global equities at Bank of America. He writes for himself

The toxic trifecta of soaring food and energy prices, coupled with the threat of drought, is having serious repercussions for a number of developing countries. Several countries commonly referred to as emerging markets could perhaps best be described as “submerged markets”.

Sri Lanka, where frustrated citizens stormed the presidential palace in July, may be just the first act in a wave of instability across the developing world. In 2015, the G7 made a commitment (reiterated in 2022) to lift over 500 million people out of hunger and malnutrition by 2030. At this point, however, we seem to be moving in the opposite direction. The World Food Program predicts that more than 320 million people are at risk of acute hunger.

Many emerging countries took advantage of the era of low global interest rates to finance their spending by borrowing on the international financial markets. But rate hikes by the US Federal Reserve, combined with weaker emerging currencies, are now leading to heavy debt service burdens that are eating away at governments’ discretionary spending on health and education.

The impact of the collapse of emerging markets could be felt in developed countries in North America and Europe in the form of increased migration flows. As several Central American and other countries grapple with a dramatic slowdown in growth and food price inflation, we may again see waves of refugees congregating along the southern border of the states. -United. We could also see more boats of desperate people from Africa and the Middle East arriving on European shores in search of a better life.

Food insecurity and economic downturns will lead to civil war-like conflicts in many countries, with local groups fighting over scarce resources. And these economic and security challenges will translate into migration flows that will negatively affect both potential migrants and the countries that host them.

Several measures can be taken to address the challenges facing emerging countries.

In the short term, the IMF and sovereign donors should announce a three-year moratorium on debt service for the most vulnerable countries. This will help create much-needed fiscal space and should be accompanied by a requirement that the proceeds saved instead of debt repayment must be invested in agriculture, health and education.

In addition, the IMF, together with the G7 and the EU, should also increase lending to emerging markets to help finance imports of fertilizers, food and energy. Countries like Saudi Arabia and the United Arab Emirates, which benefit from higher energy prices, should be strongly encouraged to contribute to these global efforts, alongside China and Japan.

Aid should also be channeled to groups such as the World Food Program and the International Rescue Committee, which operate together in more than 120 developing countries and have integrated processes for getting food and other supplies to the most needy. The G7 and major trading blocs in Europe, North America and Asia should also encourage targeted duty-free imports from these countries, with the help of the World Trade Organization.

The G7 summit in July announced a $4.5 billion increase to fight hunger – but Greek bailouts over the past decade have totaled more than $300 billion. While stabilizing Greece has helped stabilize Europe, the gap between these numbers is huge.

We do not want a planet where millions of people suffer from hunger, where countries do not repay their debt, where the hungry are forced to leave their homes to find sustenance elsewhere and where civil wars rage – in short , a world in which countries are sinking. We can and must do better.