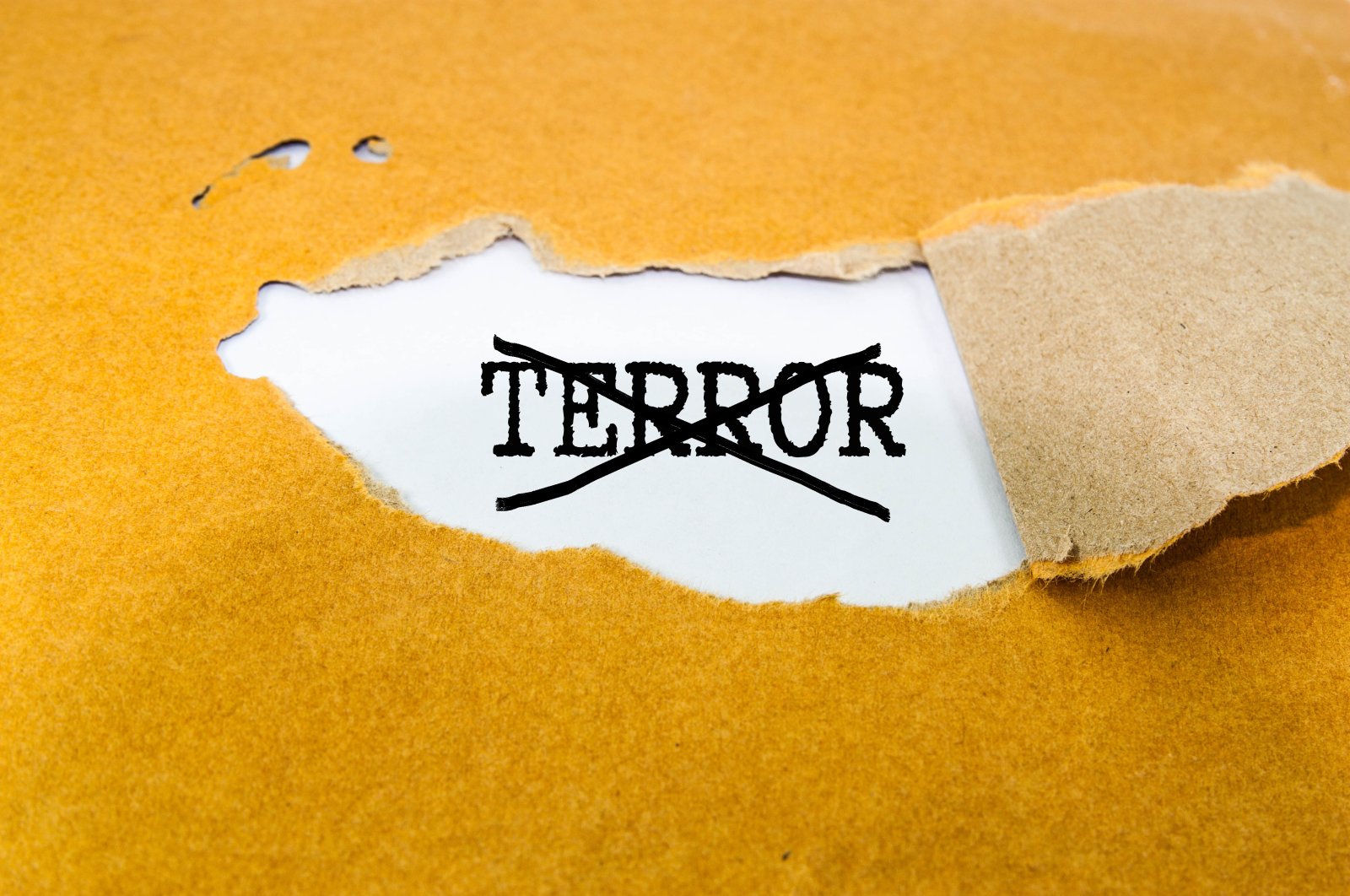 Reich Lowry wrote a very sentimental analysis of Joe Biden’s American problem. “This is not to poke fun at Biden, or to diagnose him with any condition from afar. Age comes for all of us. It just so happens to have come for Joe Biden as he bears the heaviest responsibility of the planet,” he wrote.

Additionally, he added, “Biden might bristle at being corrected by his staff, but what are they supposed to do? Leaving the impression that the United States seeks regime change in Russia and is determined to fight China over Taiwan? If Biden wants to incorporate these positions into American policy, it is within his power to do so. »

The only problem with Mr. Lowry’s article is that Biden’s statements were not errors or blunders (“an international incident-type gaffe that will reverberate in foreign capitals”), but they revealed government secrets. , leaving something that was mentioned in a secret high-level meeting with the security and diplomacy apparatus “out of the bag”. The whole world now knows a classified secret of the United States: they are planning – perhaps already implemented – regime change in the Russian Federation. It is no longer a US state secret that if the Chinese government attempts to invade Taiwan, the US will stop China through military force. Probably, the Chinese already knew it, but now the whole world (and Narendra Modi, the Indian Prime Minister) knows it. Modiji, as people in India affectionately called him, must have figured out why he is not being sanctioned by the United States while buying Russian S-400 aid defense systems, as Turkey has been simply because she had purchased the same system.

In addition to the two problems mentioned by Mr. Lowry, people around the world have learned, for example, that the United States supplied arms to Ukraine to create a protracted war in Europe. Yes, that’s probably a false age-related claim that the United States was the fastest growing economy in the world (there are 50 other countries, including Turkey, with growing economies faster) ; but we now know that the United States is intentionally keeping oil prices high by not allowing American oil companies to drill for more oil. Now one wonders why Biden postponed his trip to Saudi Arabia indefinitely. He would gladly produce more oil, thereby reducing oil prices for all nations of the world, if Biden would stop considering Riyadh funding and arming extremists and put it back on Washington’s most favored Arab list.

Yes, any 79-year-old American politician would confuse the Six Day War with the Battle of Yom Kippur, or say “Iranian” instead of “Ukrainian” in the State of the Union address that would be awarded. to a teleprompter crash. But not only the Israeli public, but the entire Middle East wonders why the United States is so quiet while Iran is removing cameras from nuclear sites. The head of the UN nuclear agency said Iran was removing 27 surveillance cameras and the agency would be unable to maintain a “continuity of knowledge” about the Iranian program, raising the risk that its inspectors could not. not keep pace with Tehran’s advances as it enriches itself closer than ever to the production of weapons of mass destruction and means of delivery. An Iranian nuclear weapon could bring the Armageddon theory closer to reality. This would change the regime in the whole region. Is not it?

This brings us to the idea of ​​Turchia Irredenta (“Unredeemed Turkey”), which provided the base for the “American Deep State” to provide funds, weapons, logistics and training for PKK extensions. in Syria. When former US President (and future convict) Donald Trump, after having a long conversation with President Recep Tayyip Erdoğan at the White House about the so-called Daesh groups in Syria and obtaining assurances that Turkey, with US military navigational aid, would wipe out Daesh in no time, Trump ordered all US forces out of Syria. The United States would not continue to spend millions of dollars and bury American weapons in the deserts of Syria – if not deliver them directly into the hands of international terrorists! Trump liked Erdoğan’s proposal and promised to withdraw all US military personnel from the region.

But as soon as Erdoğan left the room, Middle East coordinator Brett McGurk pulled out his Turkish gun Irredenta: If you allow the Turks to enter Syria, they will never leave because they consider northern Syria their homeland legit.

These US officials, including McGurk and James Jeffrey who replaced McGurk after he left the Trump administration, wrote in memoirs or lengthy articles about their dealings with Trump and revealed that they did not even tell Trump the exact number of American troops in Syria and Iraq. Naturally, they had not told him the truth about this “Turkish homeland in Syria and Iraq”.

In its last session, the defeated Ottoman Assembly passed a series of six decisions titled Misak-ı Millî (National Pact) calling for a referendum to determine the future of occupied Ottoman lands inhabited by non-Turks and non-Muslims (i.e. Arab provinces and provinces); only a firm determination had been expressed regarding the security of Istanbul and the Marmara region. Some members of this Assembly later joined the first Parliament of modern Turkey. Its founder, Mustafa Kemal Atatürk, once referred to it, saying that it is the fundamental principle of our independence written in the annals of history. Many nations have much written in their annals of history! Modern Turkey fought for its homeland against the hapless Greek soldiers used as bait by the British Empire to occupy the Turks as it snatched the oil of Baghdad from the cold fingers of the French.

While 26,000 Greek soldiers died, 48,000 were wounded and 18,000 disappeared in what Greek historians later called the Asia Minor Disaster (13,000 prisoners were later freed), Turkey never sought to recover the Ottoman lands ceded to the Kingdom of Greece in Western Thrace, for example. Turkey incorporated only the province of Hatay, located almost entirely outside Anatolia along the eastern coast of the Levantine Sea with the agreement of the French Mandate of Syria in the years following the occupation of Syria by France after the First World War. This “National Pact” never became part of the national tradition; this did not take place in national songs (as the existing Greek national anthem seeks to take back Anatolia and Istanbul from the Turks), folk tales, etc. Revanchism or irredentism has never been part of a political or grassroots movement with members claiming to occupy territory they consider “lost” to their nation.

Biden built his national security and defense teams early in his campaign for president and had nearly all the remnants of Bush-Clinton-Trump in them. Brent McGurk was one of them; and with it, the Bush plan to redraw the map of the Middle East became part of the future administration.

We now know that Biden was instilled by McGurk and his future Secretary of State Tony Blinken when he uttered these infamous words in the New York Times editorial staff interview:

“Yeah. I spent a lot of time with (President Erdoğan). He’s an autocrat. He’s the president of Turkey and so much more. What I think we should do is take an approach very different from him now, making it clear that we support the opposition leadership Making it clear that we are in a position where we have a means that has been working for a while to integrate the Kurdish people who wanted to participate in the process in their parliament , etc. Because we have to talk about what we actually think is wrong. He has to pay a price. He has to pay a price whether or not we continue to sell him certain weapons.

What Kurdish integration in the process in parliament who is he talking about? Kurds have been an integral part of political processes at national and local levels since the founding of the Ottoman Empire and modern Turkey. They did it in their own political parties and in other parties.

One of the main tenets of McGurk’s argument in his book “Command: Inside the Oval Office with Three Presidents, and the Wartime Decisions That Changed the World” is that Turkey wants to destroy the idea of ​​regional Kurdish political entities in Iraq and Syria because these independent regions would serve as a model of independence for the Kurds of Turkey. The “model” that McGurk set up with his own hands in Rojava (a de facto autonomous region in northeast Syria, made up of PKK extension groups in Afrin, Raqqa, Manbij and Deir el-Zour ) only destroys the local Syrian Kurdish tribes, confiscating young children from terrorist armies and killing local leaders who would not give in to the PKK.

These PKK extensions are attacking Turkey over the border area and Turkey’s fight with them will not only protect its own citizens but also the Syrian Kurds from McGurk’s “model”.

Turkish forces will not stay in Syria. Rojava is Syrian land; it will be in Syrian hands.