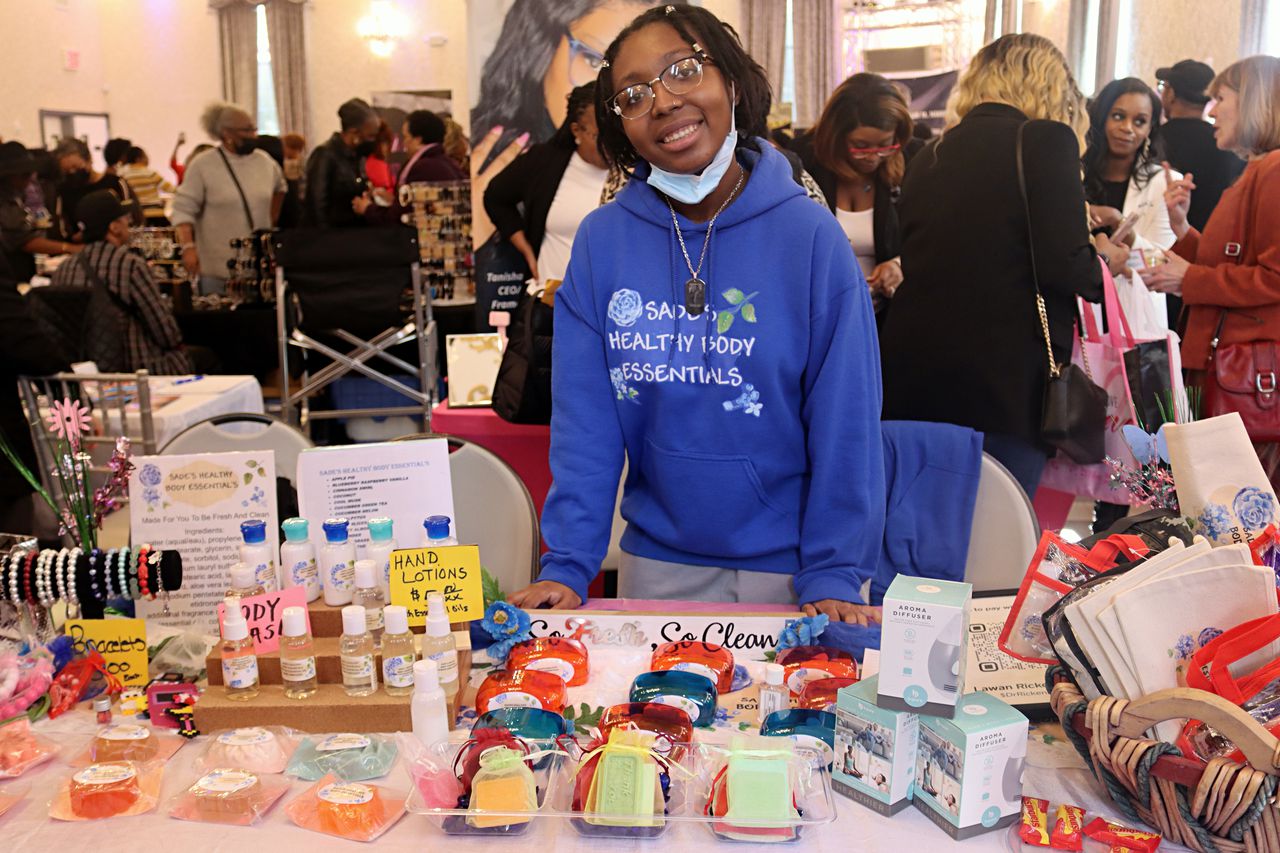 STATEN ISLAND, NY — Hard work, dedication and a global mindset are just some of the principles guiding the first-ever Staten Island Women in Business Expo, held on the North Shore on Saturday.

The inaugural gathering saw over 240 attendees and dozens of vendors inside the pavilion on the terrace. The event focused on showcasing women-owned businesses in Staten Island was hosted by North Shore Councilwoman Kamillah M. Hanks.

A panel of businesswomen opened the exhibit, followed by a showcase of nearly 60 vendors who shared stories of how they opened their shop, who inspired them and what they did for become known.

“We realized how many women, especially minority women, have started businesses during the pandemic to make ends meet or even to do something they’ve always wanted to do. And so for Women’s History Month, I wanted to give them a space in a female-owned establishment to celebrate that,” Hanks said, noting that seeing the event sell out is one of his biggest achievements.

The Women in Business panel was moderated by Dana Walker-Boyd, first vice president of the Minority Women in Business Association, which was founded by Kamillah Hanks and her team to advocate, educate and mentor women of color on Staten Island.

Kecia Juanita Weaver, owner and operator of Pavilion on the Terrace, an elegant 19th century banquet hall where the event took place, was one of the guest speakers on the panel. As a real estate lawyer and a lover of old buildings, Weaver shared that she saw the potential of the historic Greek building and helped in efforts to revive and rebuild it so it is today.

“My driving force has always been my mother. She likes to make old new. Unfortunately, she passed away before I had a chance to finish this place, and so this place will always be here because it means a lot to me. It’s something, as far as I’m concerned, that no one can ever take away from me,” she said of the banquet hall.

Carmen Abercrombie, another guest speaker and owner of share happiness, shared that she had been selling jewelry on the Staten Island Ferry for 18 years. After losing many family members to health issues and dealing with a life-threatening blood disease herself, she says she turned her life into a mission and is now a health coach. holistic and objective. She encouraged audiences to dream beyond a secondary hustle.

“Side hustle is nice, it’s cute, but it’s time to grab your aim and run with your aim. Ditch the hustle sisters and get a aim ready,” Abercrombie said.

After the roundtable, guests bonded with each other and were able to shop with nearly 60 vendors, who sold products ranging from natural soaps, homemade candles, clothes, books, handbags , etc

Sadé Daniels, 15, started his business Sadé’s Healthy Body Essentials three years ago with his father, and continued it after his death. It makes body soaps, lotions, hand sanitizers, shower gels and more with flavors ranging from apple to brownie to fudge.

“By continuing and working hard, I was able to create something out of something so small,” Daniels said.

“Hopefully I can experience some really great things and maybe do something even bigger out of it. That’s what life is at the end of the day. It’s just doing thing after thing and trying find out what your goal is.

Another Women in Business Expo vendor, Evelyn J. Drake, is the designer behind her brand Edgewear Designs. She has been sewing for more than 20 years since her mother put her in front of a sewing machine and says her business has grown steadily ever since.

She sells her clothing designs, mostly denim, in pop-up stores and will soon launch an online store.

“I love working with denim. I like to recycle them or deconstruct them and rebuild them,” she said. “You know, just take something old and make it new. That’s what I like to do.