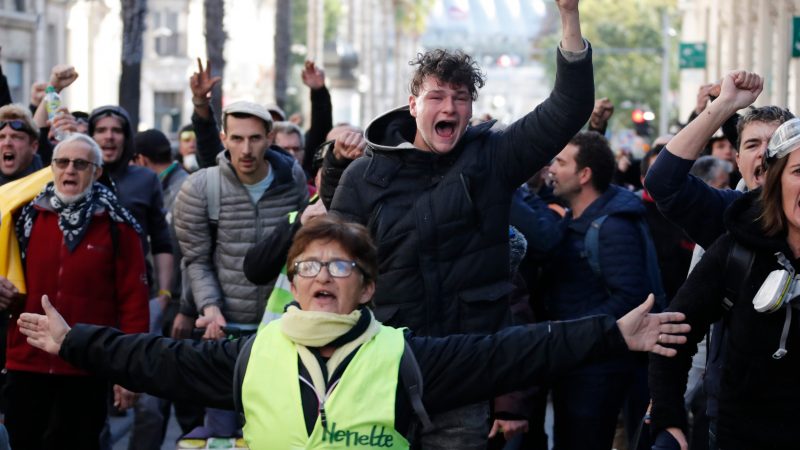 It’s time for the EU to get closer to the people – EURACTIV.com

Giving cities and regions more power in EU decision-making would help mainstream criticism of the EU more effectively and would therefore be a good strategy against further alienation between the EU and its citizens, argues Apostolos Tzitzikostas.

Apostolos Tzitzikostas is President of the European Committee of the Regions and Governor of the Central Macedonia region in Greece.

The brutal invasion of Ukraine was a reminder that, despite their differences, the 27 EU Member States are closely linked by a commitment to peace, common fundamental values, democracy and solidarity.

Yet public confidence in the EU remains low: the recent French presidential election results are a moment of relief, not celebration, with 41% voting for the far right.

Today, on Europe Day, after a year of discussions at the conference on the future of Europe, it is time to have an honest reflection on how to reform the functioning of the EU. It is thus more efficient, more responsive and closer to the people it serves.

The pandemic and the humanitarian response to the war in Ukraine have shown that the EU depends on its regions, towns and villages in times of crisis. Courageous mayors have supported their people in Ukraine, while the Polish, Romanian and Hungarian border regions are providing aid and shelter to the vast majority of the more than 5 million Ukrainian refugees. Cities and regions of the European Union are collecting food, medicine and first aid supplies and sending them to Ukraine.

The European Commission has used EU cohesion policy – ​​regional funds – to support regions hosting refugees. As an investment and a value, the need for cohesion has never been clearer.

The war in Ukraine has also put a strain on EU energy security and worsens energy poverty, which already affects more than 30 million Europeans. The decision to continue buying Russian gas and oil to maintain stability has failed. Citizens and young people in particular being concerned about the climate emergency, there can be no return to fossil fuels. The EU must accelerate the transition to a carbon neutral economy. Local and regional authorities play a role in decentralizing energy production, stimulating investment in clean energy and financing the renovation of buildings.

For more than a decade, opinion polls have shown that local and regional governments are the most trusted level of government. The reason is simple: local government is part of people’s daily lives, listening to and responding to their needs and acting on their wishes. Local and regional elected representatives also apply 70% of EU laws in our territories. Yet this critical role is not properly reflected in the process that develops these laws at EU level.

It is time for this essential role to be revalued through the European Committee of the Regions, which should go beyond its current consultative function towards a binding role in areas with a precise territorial dimension. This will lead to better regulation and greater democratic legitimacy in the EU. This will give the 1.2 million local and regional leaders a reason to bridge the gap between the EU and its citizens.

After a year of debate and good intentions, the Conference on the Future of Europe showed that citizens demand more transparency, inclusiveness, sustainability and security. The institutional debate took place in Brussels and Strasbourg, but the process reinforced the idea that local and regional elected representatives are the link between citizens, national governments and Europe. It is time to talk and act outside the EU and national capitals if European democracy is to survive. To allow skeptics and those who feel left behind to speak out.

The conference on the future of Europe also proved that many improvements are possible within the framework of the existing European treaty. For example, Article 20 of the Treaty states that “citizens of the Union have the right to vote and stand as candidates in elections to the European Parliament and in municipal elections in their Member State of residence, under the same conditions as nationals of that State”.

Through the hundreds of local and regional elections, we can address European issues, as regional and local authorities implement 70% of EU legislation. Although this right has been enshrined in the Treaties for many years, EU institutions have failed to invest in citizens’ trust at the local level.

EU citizenship means rights and responsibilities. One of them is to elect and to be elected. Therefore, this Treaty provision represents an as yet untapped opportunity in which citizens might expect the EU to invest more, especially between European elections. This must also be resolved now if we are not to allow extremists and populists to become even more powerful.

For essential needs such as health, defense or improving the efficiency of EU decision-making, treaty changes should not be taboo. Therefore, the proposal for a new Convention on the future of Europe put forward by the European Parliament is a welcome chance for this fundamental change in the role of local and regional government and the European Committee of the Regions to become a reality.

On the other hand, if the conference does not bring any change, it will be perceived more as a showcase for Brussels with no added value for citizens. It must act on the many reform proposals or risk being seen as just another meaningless propaganda tool.

Europe must change, put its regions and cities at its centre, or run the risk of a change imposed by the citizens at the ballot box. How the EU reacts to protect refugees, tackle the climate emergency and post-pandemic economic recovery will shape public opinion for 2024. With the European elections approaching, the next 12 months will be crucial to reinforce the feeling among the population that the European Union really matters to them, their families and their lives.

It is time for the EU to get closer to its citizens.