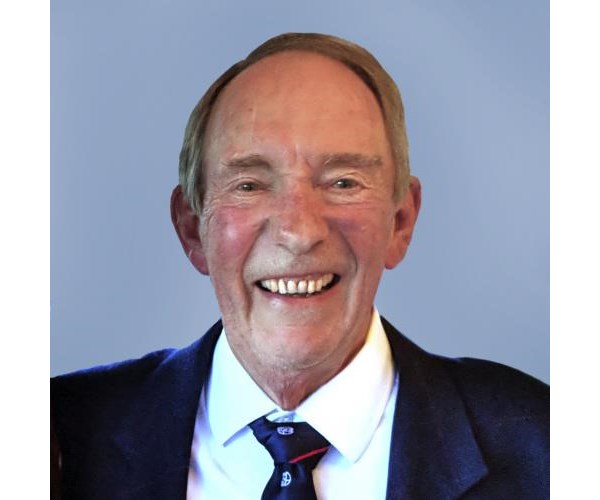 By Ronna L. Harpole Last updated Nov 21, 2021
Share
On Wednesday, November 3, 2021, John Henry Austin IV, husband, father, grandfather, brother and loving friend, passed away at the age of 80 in the comfort of his home from a brief illness. John is survived by his wife Liza, his sister Ann, his children John, Alexander, Casey (Nick), his grandson Benjamin, his grandchildren Henry, Grover, Atticus, Elektra and Rufus, and his extended family in Victoria , Toronto, the United States and Greece.
John was born in Bournemouth, England on August 24, 1941, to Imperial Airways and RAF Captain John Henry Austin III of Blackpool, England, and Patricia Marjorie Austin (nee Musson) of Weston, Ontario. John was a graduate of Wilfrid Laurier University and the Wharton School of Business at the University of Pennsylvania in Philadelphia. It was there, while teaching at Temple University and enrolled in a doctoral program on the Canadian banking system, that John met his beloved wife Liza, who was studying as a foreign student. from Greece. They married in 1970 and moved to Toronto for John to consult on the future of the family travel business, while he continued to teach Wilfred Laurier on and off. John found an exciting travel career and the business grew alongside their family as he and Liza were blessed with three beautiful children.
In 1989, having had enough of the cold Ontario winters, looking for new forties adventures and a desire to see their children grow up in a milder place, the family moved to Victoria. Always supportive, John raised the children while Liza commuted between Seattle to study naturopathic medicine. Upon his return, John proudly helped Liza set up her practice. It was during this time that they were lucky enough to have their first grandson Benjamin, whom they had the honor and privilege of raising alongside his father. John was an active parent and he was very happy to relive this experience – Ben made him feel younger.
John returned to business in the early 2000s when he joined the RBC Mortgage team. One of John’s greatest pleasures in life was helping others achieve their dreams, whether it was the perfect trip, helping them get financing for a house, or just talking about strategy. on the ins and outs of life itself. For those who were fortunate enough to work with him, he was generous with his time, meticulous with details and genuine with his care. To many of his clients, as well as to his friends, John was a brother, a father, a mentor. He was passionate about the great movements of life, the big leaps, the achievement of life goals. Nothing committed John more than the opportunity to help someone succeed in what he hoped to do. And those who were new to Victoria were often given introductions to make them feel welcome, instantly gaining a community.
It is for these same reasons that the Victoria Golf Club awarded John the Pemberton Award of Merit in 2017 and, more recently, an Honorary Member. In 1998, John started a remarkably successful community group at Victoria Golf Club called FOG (Friday Open Golf) which allowed new and existing members to connect with each other over their mutual love (and frustration) of the game. Now John would never admit to being a good golfer (or let you think for that matter) but, as his friends at FOG would tell you, he was impressive with his approach shots and was one of the best green drives in the world. moment.
Generous by nature, John provided more than enough for his family whom he adored and filled him with pride. John was thrilled to be a father and adored each of his children, giving as many gifts of experience and opportunity as he could. He lived a long and wonderful life, rich in his family, his traditions, his beautiful houses and his storybook gardens. He has traveled the world, forged lasting friendships and for rewarding careers. He was very fond of peach pies, sushi, salt (handy), pasta of all kinds, John le Carré novels, fine wool pants, Canadian icons, cheap white wine, Formula 1 racing and golf, golf and golf. With his velvety voice that his wife said could have made him a career in broadcasting, John was an extremely charming conversationalist, always offering the perfect amount of sparkling eye and dry wit. No one could give a compliment like John and we all loved him for it. And, rest assured, he loved us too.

A celebration of John’s life will take place in the spring. In the meantime, John would love to see you enjoying a round of golf in the sun or a glass of white with the latest spy novel. His memory can be honored by helping the less fortunate by supporting Our Place or the Dandelion Society of Victoria.

The Municipality of Athens is participating for the 2nd year in the European Week for Waste Reduction ATHENS 9.84