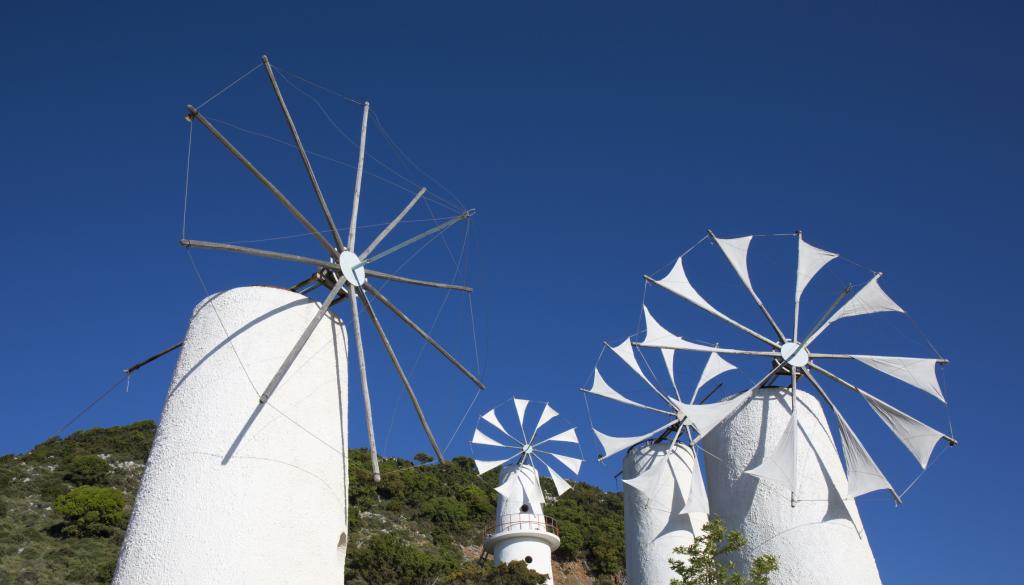 Project start-up delays are finally coming to an end

This says a lot about how the COVID-19 pandemic has influenced not only investment and privatization of airports (which have withered on the vine), but also the construction of new airports, that in February 2020, the Greek Prime Minister officiated at the inauguration of the construction of the Kasteli /New Heraklion Airport on the Greek island of Crete.

Yet at the end of June 2022 – 2 and a half years later – the CEO of the construction company was saying that construction should start in the summer of 2022 (where we are now officially), as if no one had noticed.

It was 28 months during which not a single shovel was turned.

The latest estimate says the airport will now be built by the end of 2025, which is at least not too far ahead of the earlier date of May 2024. But that’s as it stands – the world is entering a very difficult financial/economic impasse with high levels of inflation and the potential for fatal stagflation, aggravated by the war on the margins of Europe.

If and when the airport opens, it will resume commercial traffic handled by Heraklion Nikos Kazantzakis Airport.

The project includes the construction of a 72,000 m² terminal, a 3,200 m runway and 27 aircraft parking spaces on the apron.

The state is a major shareholder

The State will hold 46% of the capital of the airport, the rest being held by the concessionaire, Ariadne Airport Group (AAG).

In May 2017, AAG was declared the winner of the 35-year BOT concession contract for the study, construction, financing, operation, maintenance and management of a new international airport, as well as the construction and financing of road networks (including a new 18km motorway and 6km access road linked to the project), and it was finally confirmed in February 2020.

Ariadne associates a Greek manufacturer and an Indian operator, with the support of the EIB

AAG is a consortium of GMR Infrastructure in India and GEK Terna in Greece, a large conglomerate listed on the Athens Stock Exchange. Its construction branch Terna is one of the leading companies in its sector in Greece.

GEK Terna is responsible for 100% of the construction, while the contribution of the GMR group will cover the development, operation and management of the new international airport.

Shortly after (November 2017), AAG said it was seeking co-financing from the European Investment Bank (EIB) to build the airport, and in January 2020 the EIB signed a loan of 180 million euros to support the construction process. The 28-year loan to the Hellenic Republic will finance the state’s contribution to the total project of €517 million.

The state expects a big wad 35 years later, but nothing is set in stone

Speaking in February 2020, the Greek prime minister said the state would “soon see a return of more than €1.2 billion” and “exceed €2 billion” per year by the end of the period. 35-year concession period – when the Greek State becomes the sole owner of the airport. As such, the prospect of finalizing the deal must have been euphoric, since Greece is still massively in debt.

However, a month later, the COVID-19 pandemic hit, and if that didn’t say with certainty that no predictions can be made with certainty, nothing ever will be.

VINCI wanted to do it

There had been considerable interest in building the facility, dating back to before the agreement with AAG.

The project was born during the Greek economic crisis, which was the worst in Europe and eventually forced the Greek government to postpone the deadline for what was initially an 850 million euro construction tender until May 2016.

The initial bidders were supposed to be VINCI Airports together with Ellaktor. Ellaktor is a holding company with long-term investments in construction in Greece, and it also jointly coveted the opportunity to take over the operation of Greece’s regional airports (which went to Fraport instead).

Also the Spanish Grupo ACS together with GEK-Terna at first.

When the deal was finalized, the winning consortium’s bid was just €480 million. While that’s not far off the asking price, it set the stage for a business that’s been scaled back somewhat from initial projections.

The existing airport is close to the city of Heraklion, but the remoteness of its replacement is offset by fewer development restrictions. And despite all the delays, the airport is needed if Crete, the largest and most populous of the Greek islands, is to meet post-pandemic transportation needs.

Crete is generally responsible for handling 15% of all Greek tourist arrivals through its port and airport in Heraklion.

Surprisingly, no hold-ups caused by archaeological discoveries have been reported.

Crete features in nearly every civilization in the eastern Mediterranean region for 130,000 years and was the center of Europe’s first advanced civilization, the Minoan.

The technical characteristics of the airport are:

Alongside the construction activities will come an intense period of ORAT (Operational Readiness Activation and Transition) activity and a period of developing the business case for the new airlines that will be required to support an airport almost twice the size. than the existing one.

Heraklion is the most resilient tourist destination in Europe

One thing in favor of the existing airport – and therefore the future by projection – is that Heraklion has been high in the “resilience” charts of European airports during the coronavirus pandemic, as measured by sales of tickets, actually being the best in summer 2021 (July 2021 to August 2021) compared to 2019, and even ahead of Antalya in Turkey.

It will bring some relief to its developers – but anything can happen by 2025.

Competition with Chania will intensify

The other factor to keep in mind here is that there is some competition built into this development from the start.

Crete already has three airports. Besides Heraklion, there are two others: in Chania on the northwest coast and in Sitia, a small community airport with few commercial services.

Chania (a smaller airport with around 2.8 million passengers in 2019) and the new Kasteli airport will be abandoned for the same tourists. Breaking them down aesthetically, those with a fondness for Minoan civilization would choose Heraklion, while those who prefer Venetian civilization would opt for Chania.

But the market is mainly driven by sun worshippers. The easiest access to the beaches will be the key to success.

The two airports will be only 100 km apart and Chania Airport has been operated by Fraport Greece since 2017, the same year the BOT deal on Kasteli was first concluded.

Fraport Greece emerged – thanks to some early feuds with local officials – to become arguably the company’s best-performing division at the height of the pandemic.

The battle for preeminence between them will depend on which of them can attract and retain the most holiday-oriented airlines.

Those using the existing Nikos Kazantzakis Airport are a cornucopia of European leisure airlines from Greece, Turkey, mainland Europe and the UK, but with the notable absence of Ryanair, which is present – as in Chania – but not to the degree usually associated with this airline (i.e. less than 5% capacity).

The use of the airport increases and decreases regularly between two peaks, at the end of the morning (1000-1200) and at 2300 hours.

Passenger traffic growth of almost 500% in the first five months of 2022 portends good times for the existing airport before its phase-out, and a good start for the new one.

An environmental opposition could still arise

However, there are no more certainties in the airline industry – if there ever were.

There have been relatively few environmental objections to date, but these are far from unheard of in Greece and could start to multiply once earthworks begin. Environmental concerns were raised when the Greek parliament ratified the deal and the Communist and Golden Dawn (ultra-nationalist) parties did not vote in favor.

The main problem seems to be the expropriation of farms and its remuneration. The Minister for Infrastructure and Transport has pledged to put in place fairer regulations for professional farmers whose properties are to be expropriated, and said the state will introduce a clause prohibiting its share from going below by 35%.

But even then, there are still politicians clamoring for “adequate studies” of “environmental repercussions” – all over the world, such studies seem to take forever.

Hopefully Kasteli will not fall into this trap, as the construction alone will create more than 500 permanent jobs, and the consortium companies now plan to invest at least 850 million euros in the construction of the airport.