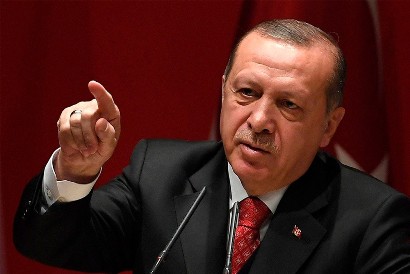 Tensions in Greek-Turkish relations remain high, creating an atmosphere that justifies anything but complacency. Turkey again reacted negatively to another major Western power expressing its support for Greece. This time, Ankara is angered by Germany, whose foreign minister criticized Ankara, among others, for challenging the sovereignty of Greek islands near its coastline, Kathimerini reported.

German Foreign Minister Annalena Baerbock, who visited Greece last week and then Turkey, said many issues of international law are complex, but some are very simple. The Greek islands – Lesvos, Chios, Rhodes and many others – are Greek territory, and no one has the right to ask questions about it.

It did so at a time when, in a new strategy bordering on the absurd, Turkish President Recep Tayyip Erdogan and other Turkish officials began to question the sovereignty of the Greek islands of eastern Aegean Sea.

Turkish Foreign Minister Mevlut Cavusoglu even accused Germany of not being an honest mediator and always on the side of Athens. This is not true, and not only with regard to bilateral relations. As for immigration, the head of German diplomacy directly criticized Athens during her visit.

Berlin, like Washington and Paris, does not “take sides” in the complex web of Greek-Turkish relations. He strongly advocates dialogue between the two countries and the peaceful resolution of any existing disputes. He’s just trying to be rational, and so when it comes to irrational claims against Greek sovereignty, he ends up backing up the obvious.

Ankara continues to follow a slippery path that can only harm Turkey. Instead, he must accept the fact that Greece is a member of the EU, realize that threatening rhetoric, provocative actions and exaggerations of all kinds backfire, and understand that revisionism is a policy dangerous that should not be tolerated, especially in Europe.

If Turkey changes its rhetoric, stops military overflights of the Greek islands, and its National Assembly rescinds the threat of war against Greece, the atmosphere will be conducive to a normal, meaningful, and potentially effective dialogue between neighbors.

This behavior will benefit its economy, increase its regional role and also facilitate the acquisition of advanced military equipment, whether fighter jets or submarines, notes the author.

Two years later, this is what happened to Pullmantur and its fleet