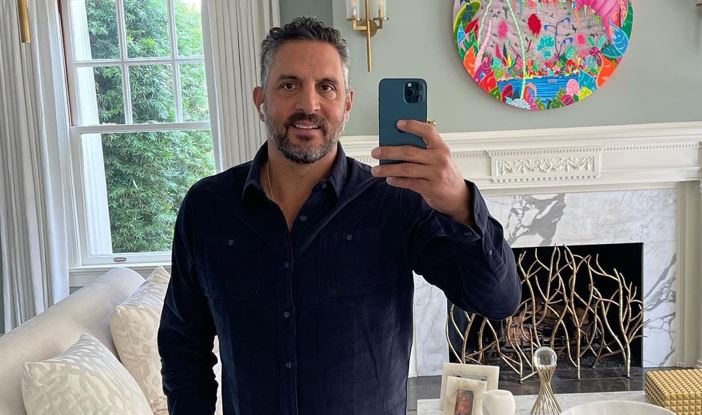 Mauricio Umansky Net Worth- How Wealthy Is Kyle Richards Husband?

Mauricio Umansky is a real estate developer who holds senior roles at two successful brokerages, The Agency and The Umansky Group. He is also a reality TV star who gained most of his fame through his wife, Kyle Richards, who appears on the Real Housewives of Beverly Hills. As of 2022, Mauricio Umansky has a net worth of $100 million.

Umansky was born on January 25, 1970. He grew up in Mexico as the son of popular Mexican media personality Estella Sneider. Mauricio has a younger sister and they are both of Greek and Russian descent.

His upbringing was difficult as he was diagnosed with neutropenia, a disorder characterized by an abnormally low number of white blood cells. This is why he constantly visited the hospital in his childhood.

His family immigrated to the United States when he was six years old. Mauricio initially enrolled at the University of Southern California but dropped out to pursue his entrepreneurship.

The aspiring businessman started his professional life with a profitable clothing line, which he sold at a huge profit at the age of 26. After that, he ventured into real estate, joining his brother-in-law’s company, Hilton & Hyland.

Mauricio Umansky got off to a fast start by selling his first home for $7.5 million. In 2011, he was ready to start his own real estate company, The agency. He became its CEO after its launch.

The Agency represents buyers, investors and tenants of high-end properties and apartments. Mauricio also launched the Umansky Group, which focuses on homes in Malibu, Beverly Hills, Holmby Hills and Brentwood.

With his real estate company, Umansky frequently works with some of the most well-known celebrities on the planet. He’s been involved in deals related to Arnold Schwarzenegger, Lady Gaga, Michael Jordan and more.

Maybe that’s why the real estate developer made his way into reality TV. He occasionally appears on Real Housewives of Beverly Hills on Bravo as Kyle Richards’ husband.

Kyle and Mauricio bought a mansion in the Bel-Air area of ​​Los Angeles for $3 million in 2011. It was the property that was primarily used for the production of Kyle’s show, but they listed it in 2017.

Net worth and earnings

Umansky has sold approximately $4 billion in real estate and has the record for selling the most properties over $20 million in the country. His LA mansion was sold for $6.1 million in 2022.

His company has also sold $1.5 billion worth of properties. This is the reason why some consider him one of the best real estate agents in America. Additionally, he has properties worth $350 million in inventory. With this, his fortune is estimated to be $100 million.

Kyle was once married to Indonesian real estate entrepreneur Guraish Aldjufrie. Now, with Mauricio, they have two homes in California. They have personal real estate in Encino and La Quinta.

How they work, cost, alternatives