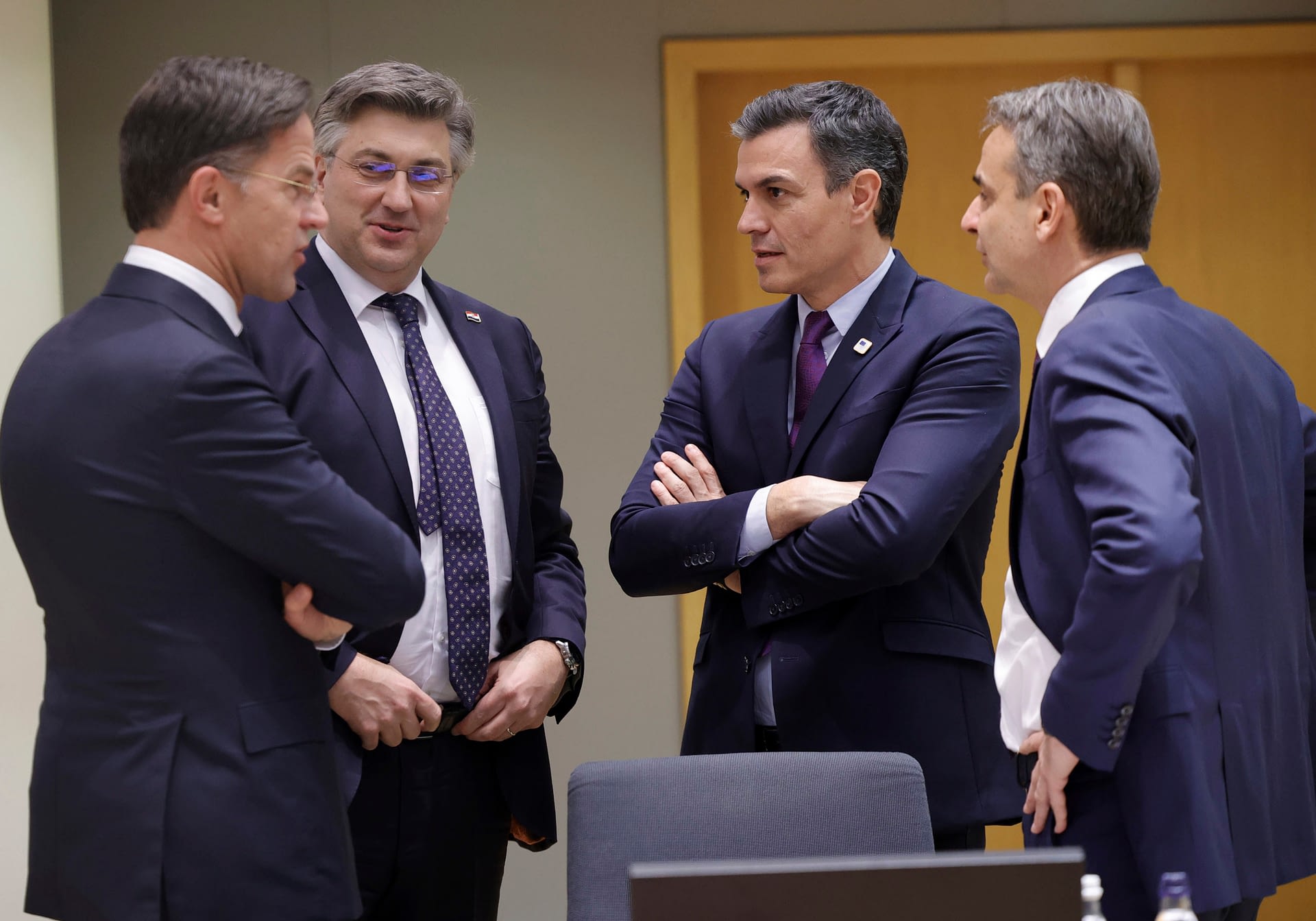 BRUSSELS — Among the first countries to help Ukraine with military hardware during the Russian invasion, Greece’s support for European Union sanctions will cost residents dearly and may need to be reassessed, the Prime Minister Kyriakos Mitsotakis.

“We have implemented a massive set of sanctions, unlike anything we have done in the past. And these sanctions really have teeth,” Mitsotakis said in an interview with CNN’s Nic Robertson, adding that “every gain Russia has made over the past decade could be wiped out in a year.”

“When it comes to energy, we have to be very careful so that the actions we take don’t end up hurting us because they hurt Russia,” Mitsotakis said.

“We certainly all need to reassess our growth forecasts, we are facing significant inflationary pressures due to the war and energy costs are really hurting,” he also said.

The sanctions, which bar Russian airlines from entering EU member states, mean Greece is likely to lose a big tourism market in Russia if the war and sanctions on President Vladimir Putin’s administration continue this summer.

But the EU, which depends on Russia for up to 40% of its energy, exempted two major Russian banks from the ban on the SWIFT system of international bank transfers, providing Putin with 40% of Russia’s gross domestic product. .

Some critics within the EU of giving him that lifeline have said the bloc’s sanctions don’t go far enough and the reluctance to stop buying oil and gas from Russia is funding Putin’s war and kill civilians.

There are around 150,000 ethnic Greeks in the besieged city of Mariupol and Mitsotakis pulled out after declaring ‘full solidarity’ with Ukraine and saying Greece would not send, as Ukraine had requested, anti-aircraft weapons.

At the same time that Mitsotakis’ government tries to keep out refugees and migrants from Syria, Afghanistan, Pakistan, Bangladesh, sub-Saharan Africa and other regions, it welcomes those from Ukraine.

Mitsotakis also said that all NATO countries should abide by the sanctions, but that Turkey is not and in no way penalized for this, and he said that injured EU countries “must do more because the numbers are just going to be overwhelming, “Some 3 million Ukrainian refugees are likely to arrive.

“We were on the front line of the refugee crisis of the past. So we are very sensitive to make sure we can provide a safe place for Ukrainian refugees,” Mitsotakis said.

He failed to mention criticism and claims from human rights groups, activists and mainstream media that his government is pushing back refugees and migrants across land and sea borders, some as far as death, which he denied.

The EU has been split over Russian energy in its otherwise rare unanimity – with great reluctance from some countries, including Cyprus, saying it could break the ban on airlines if Turkey attracts more tourists.

During the first month of the war, EU countries imposed harsh measures targeting the Russian economy and financial system as well as President Vladimir Putin and Russian oligarchs.

Unlike the US, they have so far spared Russian fossil fuels, underscoring the EU’s reliance on the country’s oil, natural gas and coal to keep homes warm and the wheels of the economy turning. industry.

“We are not at war with ourselves,” Belgian Prime Minister Alexander De Croo said at the Brussels summit, where sanctions and energy were key topics. “Sanctions must always have a much greater impact on the Russian side than on ours.”

It reflected the position of EU countries such as Germany, Austria and the Netherlands. They are up against other member states closer to Russia who want tougher action now.

“As long as we buy energy from Russia, we are financing the war, and that is the big problem we have,” said Finnish Prime Minister Sanna Marin, joined by Baltic leaders in demanding quick action.

“We have to keep isolating Putin’s economy – the Russian economy – to stop money flowing into the war machine,” Latvian Prime Minister Krisjanis Karins told reporters. “The most logical place to go is in oil and coal.”

The EU imports 90% of the natural gas used to generate electricity, heat homes and supply industry, with Russia supplying almost 40% of the EU’s gas and a quarter of its oil.

Instead of an embargo, the European Commission, the EU’s executive arm, has proposed cutting the bloc’s dependence on Russian gas by two-thirds this year. The EU is in talks with the United States to ensure additional supplies of liquefied natural gas and has also started discussions with other suppliers.

Addressing EU leaders via video, Ukrainian President Volodymyr Zelenskyy thanked them for working together to support Ukraine and impose sanctions on Russia, including Germany’s decision to prevent Russia to deliver natural gas to Europe via the new Nord Stream 2 gas pipeline.

But he lamented that those steps had not been taken sooner, saying there was a chance Russia had thought twice before invading.

He then called on EU leaders to act quickly on Ukraine’s bid to join the bloc. “Here, I ask you, do not delay. Please,” Zelenskyy said. “For us, it’s a chance,” he also added.

Maria Zakharova, spokesperson for the Russian Foreign Ministry, said European nations that do not want to work with Russia on energy should “simply tell their citizens who is destroying their prosperity and how.” We will cooperate with those who wish to ensure their own energy security.

Karins said the war in Ukraine was a prime example where morality should trump money. Despite Latvia’s “heavy dependence on Russian oil and gas”, companies support stopping trade in these goods, he said.

“They tell me the sanctions are a necessity because we have to stop Putin’s regime,” he said. “It’s just money. If you are alive, if your infrastructure is in good condition, you can earn money.

Greenpeace has accused the European Union of funding Russia’s war by continuing to buy its energy supplies for now.

“Fossil fuels are used to being linked to conflict and war – wherever they come from, governments need to phase them out as soon as possible, not look for new suppliers,” said the director of Greenpeace EU, Jorgo Riss.

But Dutch Prime Minister Mark Rutte signaled that EU countries were still too divided on the issue of energy sanctions against Russia to reach an agreement on the matter at the summit. He pointed to the four rounds of sanctions the EU has already imposed on Russia over the past month.

“We will discuss sanctions; I don’t think we will decide on sanctions,” Rutte told reporters. “Remember, the sanctions package in place right now is by far the toughest package I’ve seen in my life as a politician.”

The EU also earlier refused to agree to Mitsotakis’ demand for sanctions against Turkey over its plans to hunt oil and gas off the Greek islands, opposition to the idea led by Germany, which home to 2.774 million people of Turkish origin and arms supplier to Turkey and Greece.

(Material from The Associated Press was used in this report)