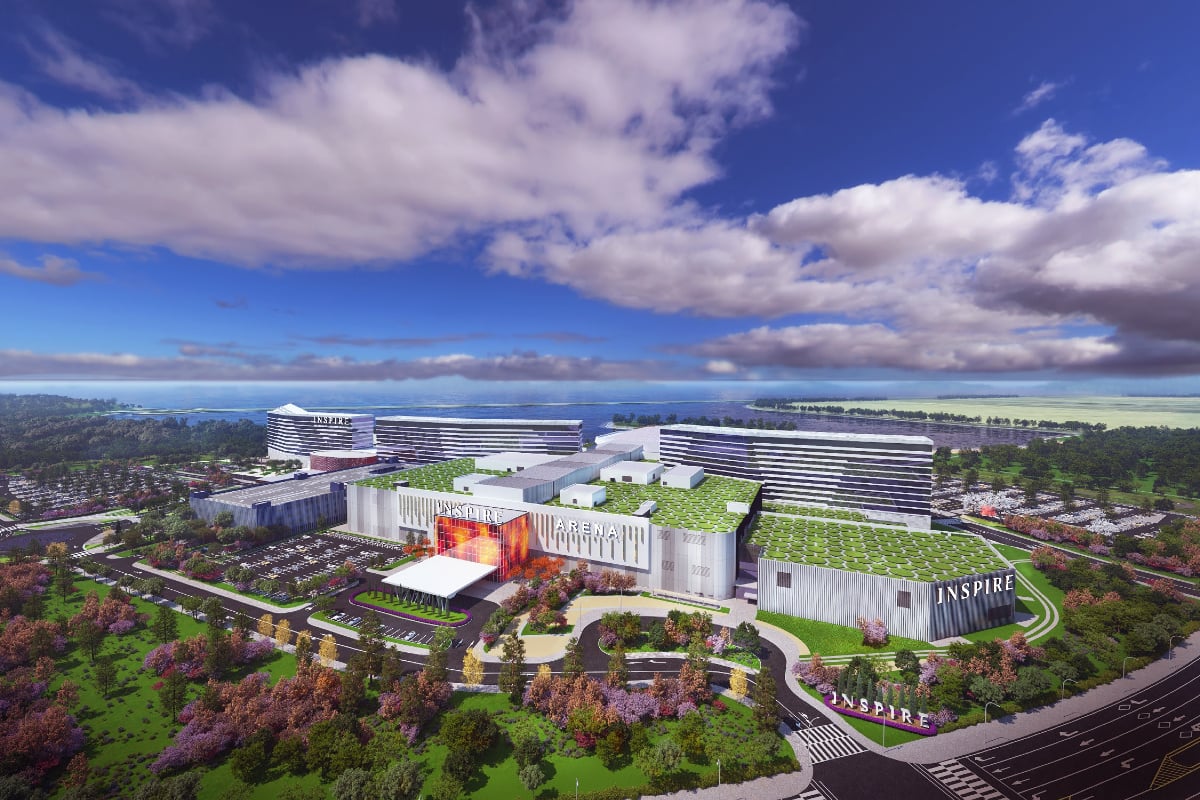 MGE, the gaming and hospitality unit for the Mohegan tribe in Connecticut, announced in 2015 plans to build a sprawling casino complex next to Incheon International Airport on Yeongjongdo Island. Inspire Entertainment Resort is set to connect to the airport terminal and offer guests a range of amenities and entertainment, from casino games to indoor and outdoor air-conditioned water parks.

However, since its announcement in 2015, the development of Inspire has been delayed several times. The setbacks have been caused by a variety of obstacles, including MGE struggling to secure funding. Delays were also caused by escalating political tensions between the two Koreas, with the North regularly testing missile launches in 2017 and 2018. As a result, construction of Inspire only started in 2019.

COVID-19 has further delayed the targeted opening of the casino complex from 2022 to 2023. But now MGE says its $ 1.55 billion effort in South Korea is nearing completion.

Mohegan Gaming described the numbers that every company involved in the $ 1.55 billion business is investing.

The remaining funding – around $ 890 million – is loaned to the development group by three South Korean banks. The financial institutions are KB Securities, NH Investment & Securities and Hana Financial Investment.

Inspire is a major gamble and MGE’s biggest investment outside of its home state of Connecticut. Mohegan officials believe this is a gamble that will pay off in the long run.

â€œWe anticipate a significant rebound in the tourism and leisure industry from the pandemic, and we look forward to contributing to the Korean economy while successfully opening and operating a state-of-the-art resort. I am delighted to see our international vision of IR development reach this important milestone â€, said Bobby Soper, president of MGE International.

Inspire will offer 1,200 five-star rooms, a 15,000-seat concert and sports hall, retail stores, dozens of restaurants and bars, indoor and outdoor water parks and convention halls. As for the casino, the gaming area will be reserved for foreigners only and will include around 1,500 slot machines and 250 table games.

South Korea bans its residents from gambling anywhere other than Kangwon Land, a government-owned casino in remote Gangwon province.

With the funding in place, Mohegan Gaming says it can move forward with the completion of Inspire. MGE said today that the integrated complex is approximately 12% complete.

Mohegan is focusing its international development efforts on South Korea after announcing its exit from Greece. This is where the company previously planned to build a more than $ 1 billion integrated casino complex in Athens.

MGE said in a statement this month that the company had conducted a comprehensive review of its casinos and future commitments “in the context of the global COVID-19 pandemic.” He concluded that Athens no longer presented a favorable investment opportunity.