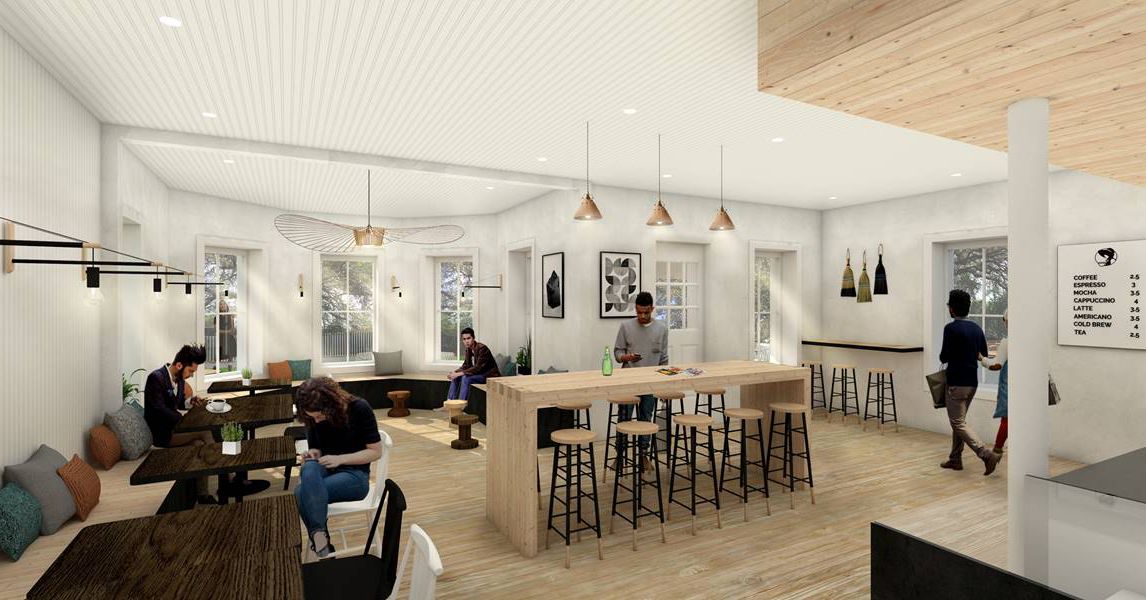 Cafe + Bar Stonehouse will bring historic Dawson Stone House back to life when FBR Management opens the café on South Lamar, next to Gibson Street Bar. Eater asked for more details, including an expected opening date. Watch this space for updates.

Update, September 7: Stonehouse will offer an on-site food truck, ice cream, Cuvee coffee, beer and pastries. It will open this winter, with daily hours from 7 a.m. to 2 a.m.

In April, the Austin Historic Monuments Board approved FBR’s plan to build an addition at the back, relocate a window, and add exterior wooden decks for the cafe. These plans must be submitted to the next state for approval. Stone’s liquor license was recently approved.

Stonehouse will be designed by the firm of Michael Hsu, as the mixed-use complex Lamar Union across the street. Design heavyweights are responsible for photogenic restaurants around town including Uchi, Sway and Lucy’s Fried Chicken as well as Austin’s first dining room Fareground.

Dawson Stone House is said to have been built around 1900 by real estate developers and sisters Mary and Nannie Dawson as part of the expansion from South Heights to Austin. The real builder of the house was probably Nick Dawson, their brother and business partner. According to the Texas Historical Commission, the house was typical of middle-class homes of the time; it received Texas Historic Landmark status in 1974. The building was most recently a LoanStar Title Loans, which closed.

As rent protection programs expire, CFPB says tenants could be at risk

TomoCredit, a fintech that lends to low-credit, no-credit borrowers, used this…