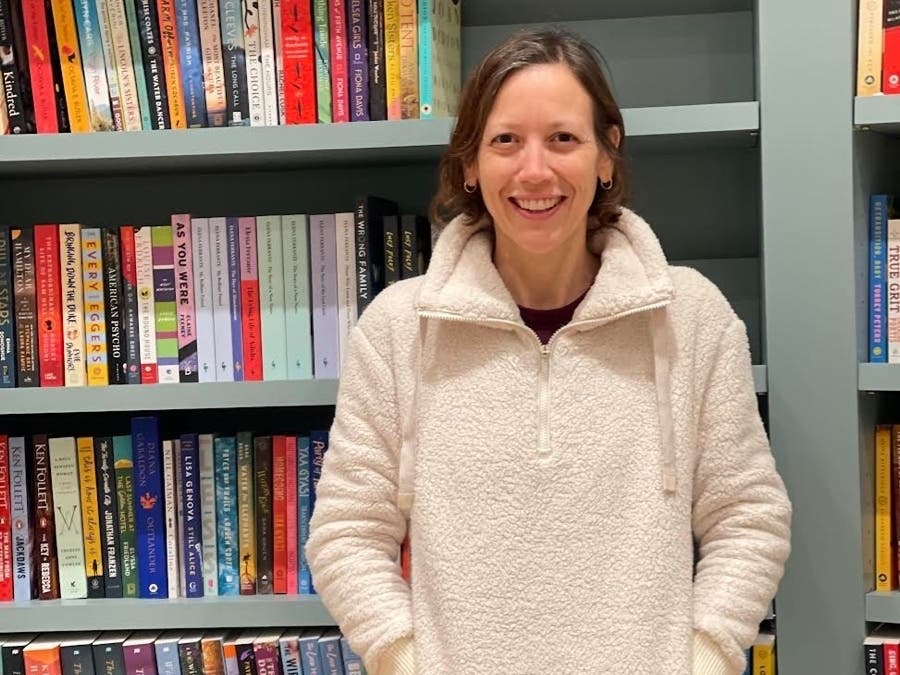 GREENWICH, CT – Some say there is nothing better than a good book.

The community will have the chance to get their hands on many great books starting December 10 at 9 a.m., when Athena Books opens at 228 Sound Beach Ave. in Old Greenwich.

The idea for the independent bookstore, which will move to the space previously occupied by the CM Almy religious goods store, came from Riverside residents and entrepreneurs Jennifer Bird and her husband Odysseas Kostas.

Bird runs a small legal research firm and Kostas had a medical practice in Greenwich, but moved into finance.

“During the pandemic, we read a ton with our daughters, who are 6 and 8 years old. We literally took out hundreds of books from the library to occupy them. My husband and I are avid readers too,” Bird says.

To get away from it all, the family has made several short trips to nearby towns over the past year. One of the few things they thought they could do as a family was going to bookstores.

“During one of these trips [earlier this year], I turned to my husband and said, ‘Maybe we should open a bookstore,’ “Bird remembers. Kostas grew up in Greenwich and was very familiar with the bookstores of the past.

“My husband surprised me when he said he always wanted to work in a bookstore. When I heard him say that, I felt like maybe it was doable,” added Bird.

The couple contacted a real estate agent, who showed them the 2,000 square foot space in Old Greenwich.

“There’s a nice circle in the middle, perfect for shelves. It can be a place where you can put furniture and people can congregate and read books while they’re in the store, or you can there. organize evening events. ” said Bird. “It’s the space that inspired us to give it a go. Since then we’ve worked really hard to bring it all together.”

There will be nearly 6,000 books to choose from. But Bird hopes Athena Books becomes something more than a place people come just to shop.

She wants it to be a space where everyone can come together, have fun and feel like they’re part of something.

“We hope this will be a place where we can organize evening book clubs and author events, and organize other gathering-type activities. I think that’s what can make a successful event. bookstore – have curation and community [aspect]”said Bird.

Despite the digital age, Bird believes physical books are making a comeback as people seek to escape their devices and screens. She hopes to highlight some books that might be interesting and explain why they are interesting, which Amazon cannot do, she said.

Kostas’ family is from Greece and Bird said he learned Greek mythology over the years. Athena is the Olympian goddess of wisdom, so the name made perfect sense. The logo of the bookstore is also an olive tree, which has played a vital role in the history of Athena.

“We hope to raise two strong daughters. It seemed like a good name for what we were looking to create,” Bird said.

A website is currently in development, but for now people can browse Athena Books’ playlists. here, and buy books to deliver. A portion of the sales will go to support the business, Bird said.