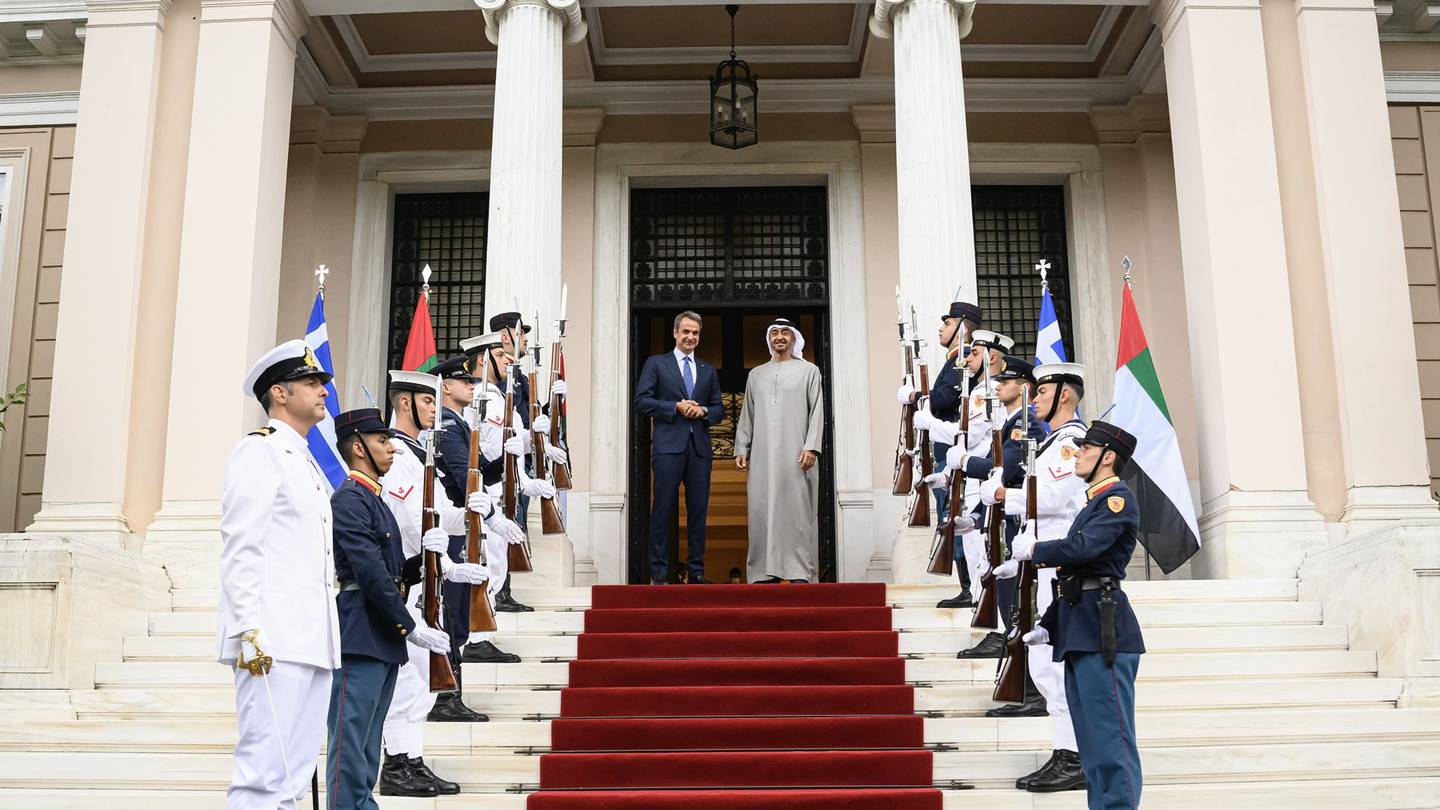 President Sheikh Mohamed arrives in Greece for an official visit

President Sheikh Mohamed has arrived in Athens for an official visit to Greece.

Upon his arrival at the presidential palace, Sheikh Mohamed was received by Greek President Katerina Sakellaropoulou.

An official reception ceremony was held at the palace, where the anthems of the United Arab Emirates and Greece were played.

Today I arrived in the ancient city of Athens and had the pleasure of meeting President Katerina Sakellaropoulou, Prime Minister Kyriakos Mitsotakis and members of the Greek government. The UAE is committed to strengthening strategic relations and economic ties with our major partners. pic.twitter.com/FIZubu20p0

In a tweet, President Sheikh Mohamed shared photos from the reception.

“Today I arrived in the ancient city of Athens and had the pleasure of meeting President Katerina Sakellaropoulou, Prime Minister Kyriakos Mitsotakis and members of the Greek government,” he said.

“The UAE is committed to strengthening strategic relations and economic ties with our key partners.”

During the meeting, President Sakellaropoulou said that the two countries share the same vision of peace, security and prosperity in the region.

For his part, President Sheikh Mohamed expressed his joy at the continuous development of relations between the two countries observed in recent years.

He pointed out that trade between the two nations had increased by 17%, despite the challenges of the Covid-19 pandemic.

“The UAE and Greece have explored areas of common interest; investment and economic cooperation to facilitate the energy transition. Working with our friends for a peaceful and prosperous future.”

Mr. Mitsotakis met Sheikh Mohamed in Abu Dhabi in May.

As part of the visit, the UAE and Greece agreed to create a €4 billion ($4.22 billion) initiative to invest in the Greek economy.

Investments will be made in sectors such as infrastructure, renewable energies and new forms of energy, healthcare and pharmaceuticals, food and agriculture, and logistics.

The UAE and Greece established a strategic partnership in 2020 based on a relationship that dates back to 1976, when the countries established a joint committee for economic, cultural and technical cooperation.

Reinvented and repriced, shopping centers are reappearing on investors’ radars

Affirm results: BNPL is here to stay, growth will slow