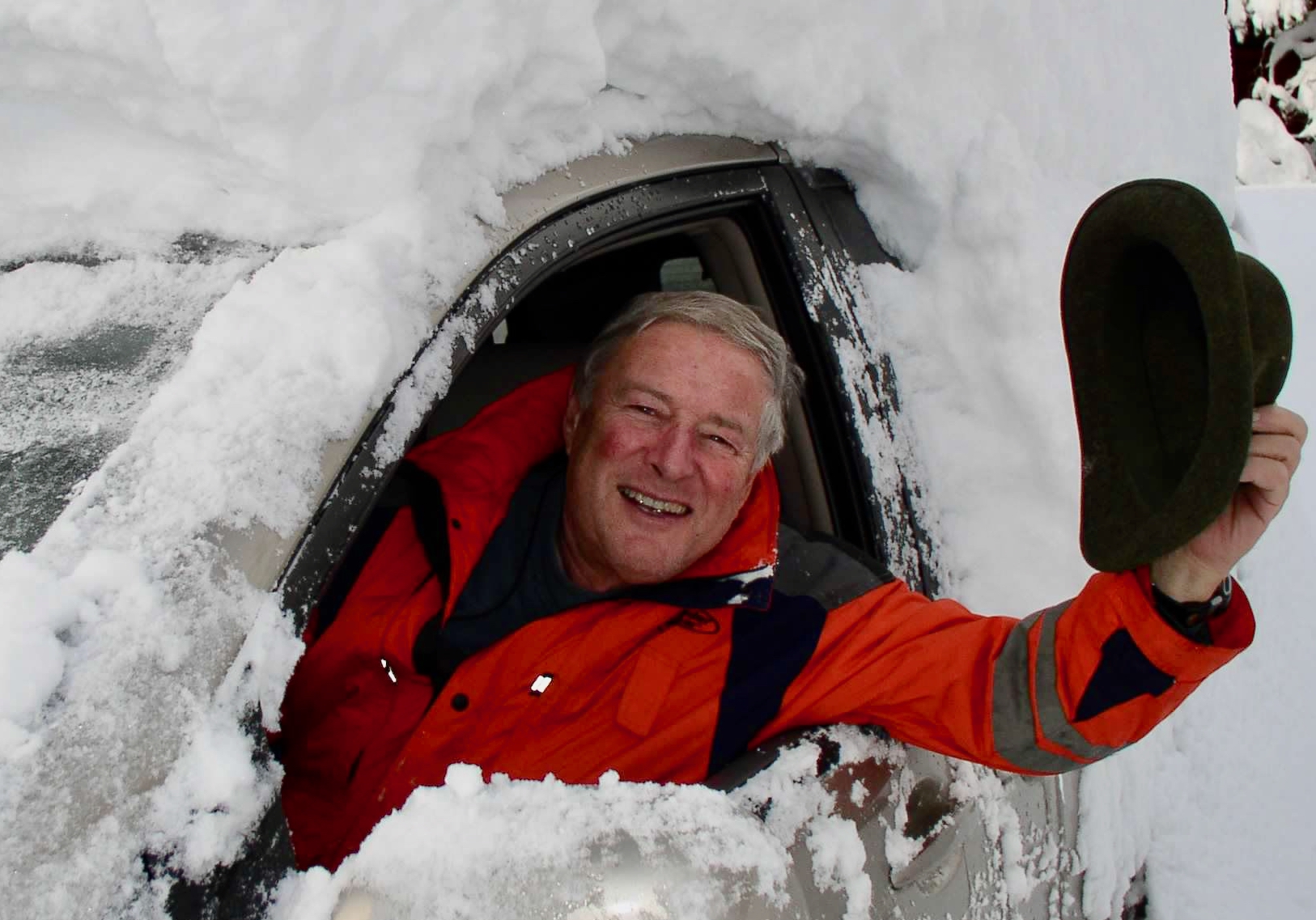 Tony Placzek had an overwhelming desire to live life to the full while living and savoring every moment, even as he continued his battle with leukemia. He died peacefully at home on July 24 at the age of 83, with his wife, Elena, by his side.

Tony was born in London shortly after his father, Fritz, and mother, Edith, escaped from Czechoslovakia in 1938 on the brink of Nazi occupation and World War II. Before Tony was born, his father returned to Czechoslovakia in a last-ditch effort to get his own parents out of harm’s way. Fritz was unable to achieve this goal, making Tony the last surviving member of the Brno Placzeks. Edith raised Tony alone in England, moving frequently throughout the war. They emigrated to the United States when Tony was 10, settling in Berkeley to live closer to his aunt and uncle.

At Berkeley, Tony developed a taste for adventure and entrepreneurship early on. He was certainly a handful for Edith. He convinced his mother he could get an old Dodge business coupe when he was 13 as a repair project—she had her hands full when he got it working the next day. He made rum snow cones in the Berkeley High parking lot (which eventually sent him to Robert Louis Stevenson to graduate from high school). He served in the United States Army and was stationed in Germany at the height of the Cold War, returning to the United States to marry Cecilia McGuire and complete his bachelor’s degree at Colorado College.

Tony has loved his long career in commercial real estate financing and investing, working first for Coldwell Banker and then setting up his own company Pacific Eastern Real Estate. He was noted for his gregarious nature and enthusiasm for transactions, seeking investors for neighborhood retail and other commercial projects, riding the waves of Bay Area commercial real estate. Enthusiasm, creativity and connection were the pillars of his personal mantras “create opportunity” and “go for it”.

Tony’s insatiable desire for adventure was unique. An avid skier, he shared his love of the mountains with his whole family, building a family cabin with Edith and Celie and lots of help from “friend work groups”. Tony and Celie have taken their children on many adventures – rafting the Grand Canyon, camping through France and Spain, and sailing in Greece. He loved just about anything that went “fast,” owning and smashing more boats and cars than we can count.

It wasn’t until his mid-40s that Tony learned of the fate of the Placzek family in Europe from his cousin. His father died just six days after the Nazis took full control of Czechoslovakia and three days after Tony was born in 1939. His grandparents refused to leave the country, believing that anti-Semitism at the time would decrease. Tony lost both of his grandparents, Alfred and Marianne, in the camps, along with dozens of other relatives.

This family tradition sparked in Tony a deep desire to uncover his family’s lost history, leading to a quest that would last the rest of his life. He undertook a series of trips to the newly formed Czech Republic after the fall of communism and learned his family’s deeper history. He heard of his great-grandfather, Baruch Placzek, who was the first rabbi to lead his community in the industrial city of Brno, and a citizen scientist who corresponded with Charles Darwin and conducted experiments with Gregor Mendel. Tony’s uncle, George Placzek, left Czechoslovakia in the early 1930s to pursue research in nuclear physics, working on the discovery of nuclear fission with Otto Frisch and Lise Meitner and leading Canadian research for the Manhattan Project. Tony relished the connections he made with Czech historians, scientists and artists, all of whom sought to recapture a lost era of science and industry, as well as a painful part of Czech history.

During his last two decades, he and his second wife Elena loved to travel. They explored Russia, Georgia and Japan as well as the warm beaches of Greece, Montenegro and Hawaii. Let Tony race against time in 2020 with a fabulous trip that nearly had them stuck in New Zealand for the duration of the pandemic.

Tony has been driven all his life by an insatiable curiosity and a genuine love of people, even complete strangers. He was known to strike up conversations with anyone, anywhere. His early years were characterized by war, bombs and insecurity, but his mother Edith provided him with the support he needed to thrive. Tony spoke of family and home with warmth and passion. After losing his family from Brno Placzek and his home to tragedy, he realized how much it rooted his own family in the future. He forged a life of substance, compassion, friendships, gratitude and integrity that his ancestors would be proud of and loved ones now celebrate and remember with sadness and joy.

He is survived by his wife, Elena; his daughter, Mary Ann Scheuer; his sons, Eric and Alex Placzek; 16 grandchildren, Katy, Molly and Emily (by Mary Ann and Ed Scheuer), Jessica, Zachary, Isaac, Luke, Anna, Isabelle, Elizabeth, Victoria, Naomi and Titus (by Eric and Nicole Placzek), and Addie, Grant and Finn (by Alex and Gretchen Placzek); and a great-grandchild, Elli (by Zachary and Jessie Placzek).