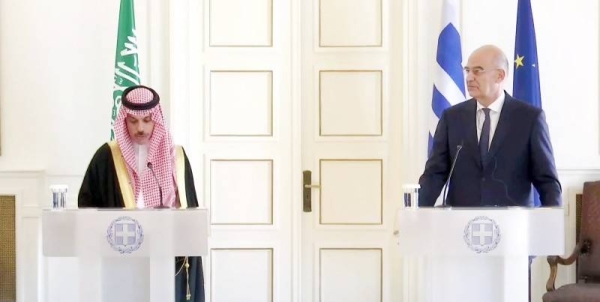 “Iran’s transgressions contradict what Tehran says about the peaceful nature of its nuclear program,” the minister said Tuesday at a joint press conference with his Greek counterpart Nikos Dendias.

During the talks, the Minister of Foreign Affairs said he had exchanged views with Dendias on the issue of stalled nuclear negotiations between Iran and the P5 + 1 countries.

â€œThe Houthi militia poses a threat to international shipping, the latest of which is the hijacking of a civilian ship in the Red Sea. He drew attention to the danger of the Houthi militia continuing to bet on military options in Yemen.

Prince Faisal said the Houthi attacks on Saudi Arabia were also high in the talks. â€œWe discussed ways to strengthen security and stability in the region and areas of economic cooperation between the two sides. Recent developments in Afghanistan were also mentioned in the talks, â€he said.

Greek newspaper Ekathimerini said earlier that the two ministers would discuss developments in the Eastern Mediterranean and the Gulf region, and review bilateral relations in the fields of defense, economy and investment, as well as cooperation within the framework of international organizations.

The newspaper adds that this is the second visit of the Saudi minister to Athens in less than a year, since he had already participated in the Friendship Forum in February 2021.