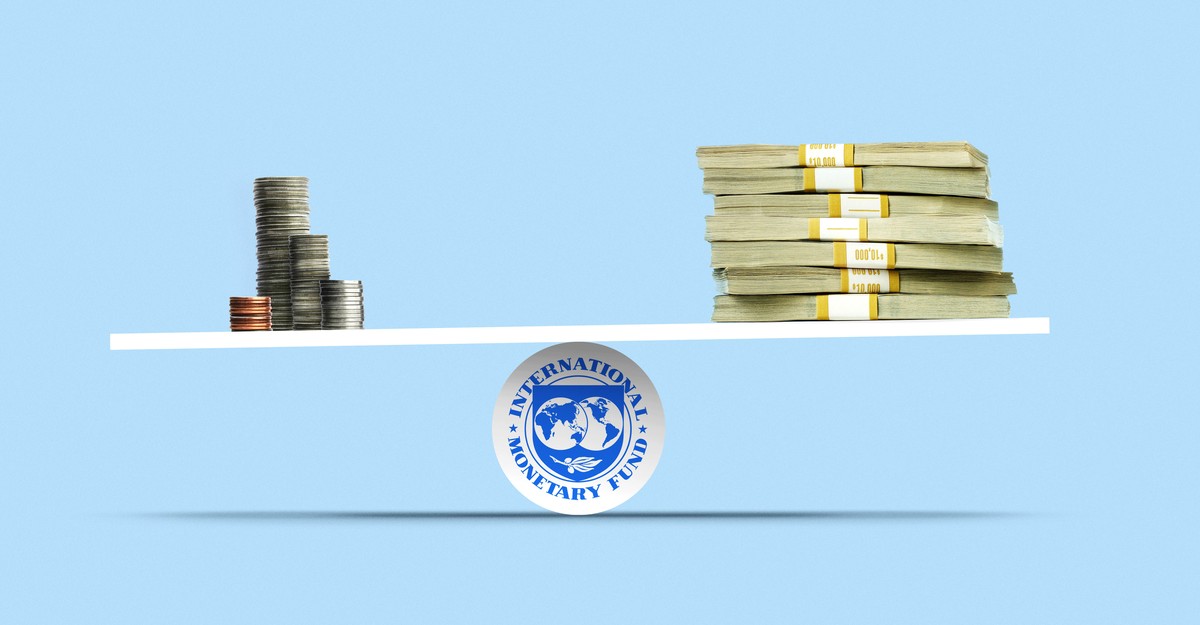 Since when does the IMF care about inequality?

Last Thursday, the International Monetary Fund spooked markets and surprised commentators by chastising Britain’s Conservative government for fiscal irresponsibility. The shock was palpable. For the IMF, criticizing the government of a major Western economy was a bit like the janitor berating the landlord for endangering the appraised value of the building. This feeling of the inversion of the usual order of things was all the more acute because, let us not forget, it was the British Conservatives, under the steely leadership of Margaret Thatcher, who wrote the book on probity taxation as the basis of neoliberalism. The IMF has spent more than four decades inflicting this orthodoxy on unfortunate governments around the world.

As if to try to amplify the commotion it knew how to make, the IMF statement went so far as to blame the British government for having introduced major tax cuts (now partially reversed after IMF intervention), because they “would mainly benefit incomes” and “will probably increase inequalities”. Tories loyal to the beleaguered new British Prime Minister, Liz Truss; America’s bravest Republicans; international economic experts; and even some of my comrades on the left were briefly united by a common puzzlement: Since when does the IMF oppose more inequality? It would be hard to identify a single IMF “structural adjustment programme” – ask Argentina, South Korea, Ireland or Greece (where I was once finance minister who had to negotiate with the IMF) what conditions were attached to its loans. – which had not increase in inequality. Had the fund’s intransigent bureaucrats taken advantage of a moment’s drive to Damascus?

Yoni Appelbaum: A plea for a quick Brexit resolution

Three theories have surfaced about the IMF’s motives for opposing UK tax cuts for the wealthy. The first is that the IMF’s board feared the fund would struggle to raise enough money if London later asked for a bailout. Another theory, voiced by former US Treasury Secretary Larry Summers, is that the IMF has now realized that it must be impartial in its dealings with rich and poor countries alike. “When there is a crisis situation or obviously irresponsible policies, it is quite natural for the IMF to take notice,” Summers told the FinancialTimesadding: “I don’t think the IMF should distinguish between its shareholders in rich countries and its shareholders in emerging markets.

A third theory followed the logic of the Pauline conversion, suggesting that the IMF’s statement condemning the Truss government’s handouts to the ultra-rich could mark a sea change in the Washington-based institution. According to this view, the IMF realized that in order to save the international liberal order from the various ascendant authoritarian populists around the world – such as Donald Trump, Giorgia Meloni, Marine Le Pen, Viktor Orbán, Narendra Modi and Jair Bolsonaro – it was to shift its mission in a more social democratic direction.

While these are interesting hypotheses, none of these explanations match the reality to which the IMF was responding in last week’s startling statement. The idea that London will go all out for a bailout too big for the IMF to deliver is absurd. Britain is a wealthy country that borrows exclusively in currency printed by the Bank of England. If the worst comes to the worst, the Bank of England could raise interest rates up to 6% to stabilize the pound and the money markets. An interest rate at this level would certainly demolish the British economic model of the past 40 years, but it would always be the choice over an IMF bailout.

And I have first-hand experience that contradicts the theory that the IMF has only now, for the first time, decided to confront a G7 country whose policies it considers threaten global financial stability. During my negotiations as Greek finance minister with the IMF in 2015, senior fund officials openly criticized the German government’s rejection of a comprehensive Greek public debt restructuring plan; they accused Berlin of undermining the financial stability of Europe and, by extension, the world.

A year later, in a telephone conversation among senior IMF officials published by WikiLeaks, its European chief told a colleague that the IMF should confront the German Chancellor and tell her: “Mrs. Merkel, you face a question. You have to think about which is more costly: moving forward without the IMF…or choosing the debt relief we think Greece needs to keep us on board. So much for the second theory, that the IMF should now begin to act towards Western governments as it does towards developing countries.

This brings us to the third, and most interesting, of the three explanations: that to save the liberal world order from right-wing populism, the IMF is becoming social democratic, even “woke,” like some British conservatives l accuse of doing so. . The truth, I fear, is less heroic. What happened last week was just that the IMF freaked out. Along with other smart people in the US government and the Federal Reserve, its officials feared the UK was about to do to the US and the rest of the G7 what Greece did to the eurozone in 2010. : trigger an uncontrollable financial crisis domino effect.

In the days leading up to the announcement of the Truss government’s mini-budget, the $24 trillion US Treasuries market, the health of which decides whether global capitalism breathes or chokes, had already entered what one financial analyst called a “volatility vortex” not seen since the 2008 crash or the early days of the pandemic. The yield on the benchmark 10-year US government bond rose sharply from 3.2% to over 4%. Worse, a large number of investors had recently stayed away from an auction of new US debt. Nothing frightens authorities more than the specter of a buyers’ strike in US bond markets.

To calm investors’ nerves, officials came out in force with reassuring messages. Neel Kashkari, the chairman of the Minneapolis Federal Reserve, summed up the spirit thus: “We are all united in our work to bring inflation back to 2%, and we are committed to doing what we must do to make that happen. occur. “It was at this moment that the British government chose to announce the UK’s most expansionary fiscal policy since 1972.

US officials weren’t the only ones worried. Days before the London government’s so-called budget event, the European Systemic Risk Board – a body created by the European Union after the 2008-2009 crisis – had issued its first-ever general warning, in effect confirming that the European financial markets had fallen into the vortex of volatility that originated in the United States. European electricity suppliers were being bankrupted by future order commitments at exorbitant prices, Germany’s mighty manufacturing industry was shutting down due to natural gas shortages, and public and private debt was rising rapidly.

An additional financial shock from the UK had the potential to cause huge spillovers across Europe and beyond. If the U.S. subprime mortgage market could push French and German banks over a cliff in 2008-09, this latest shock wave from the Anglosphere could do similar damage, especially if it jolted the Treasuries market. American.

Faced with this growing transatlantic storm, the IMF’s decision to intervene was not surprising. The only enigma that remains is why the IMF pointed to the inegalitarian effects of the Truss government’s tax cuts for the ultra-rich. Although the force of circumstances has changed anything significant, I doubt that this means the disappearance of the neoliberal instincts of the IMF. This is much more likely: the IMF realized that the post-2008 inequality-creating policies it helped to enforce plunged North Atlantic capitalism into a state of golden stagnation that is now unstable, and it feared that the volatility vortex would worsen on the announcement of the measures. it would create even more inequalities. If the IMF has started to dislike inequality, it is only because it sees inequality as a proxy indicator of systemic instability.

Read: Give Germany the middle finger

After the financial collapse of 2008, the United States and the EU adopted a policy of socialism for bankers and austerity for the working and middle classes. This ended up sabotaging the dynamism of North Atlantic capitalism. Austerity cut public spending precisely when private spending was collapsing; this accelerated the decline in private and public spending, ie aggregate demand in the economy. At the same time, quantitative easing by central banks channeled flows of money into big finance, which passed it on to big business, which, in the face of weak aggregate demand, used it to buy up their own shares and other non-performing assets.

The personal wealth of the few soared, wages for the majority stagnated, investments collapsed, interest rates fell, and states and businesses became dependent on free money. Then, as pandemic shutdowns stifled supply and furlough programs dominated demand, inflation returned. This forced central banks to choose between acquiescing to higher prices and detonating the corporate and state zombies they had nurtured for more than a decade. They chose the first.

Suddenly, however, the IMF saw the liberal establishment’s lost ability to stabilize capitalism reflected in rising economic inequality. So the last thing the markets needed, the fund’s technocrats realized, was more socialism for the rich. But it would take wishful thinking to interpret the IMF’s panic reaction as a sincere conversion to economic redistribution and social democracy. A warning against an act of elite self-harm was the extent of it.