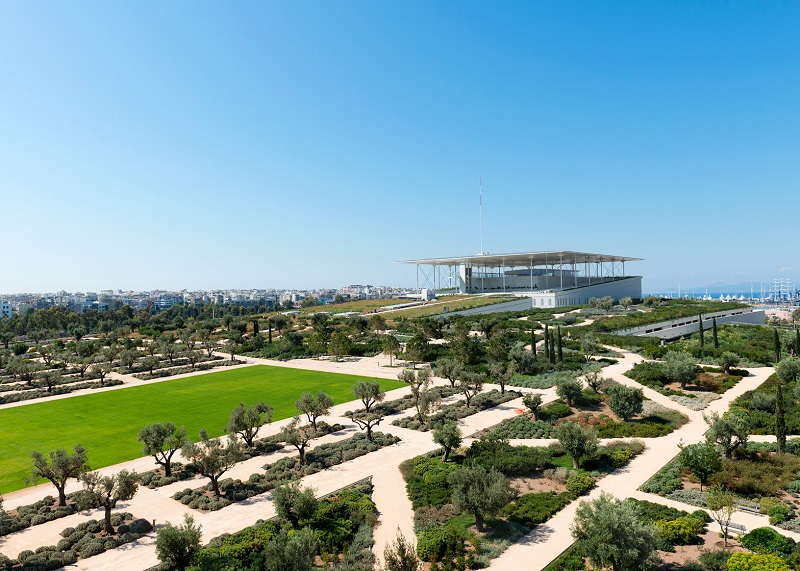 the Stavros Niarchos Foundation Cultural Center (SNFCC) has become a cultural landmark in Greece since being handed over to the Greek state in 2017.

The SNFCC, a unique project in Greece, is a public space for expression, culture and leisure. It has hosted 20 million visitors and more than 16,000 events in those five years, it said on Thursday.

The center houses the Greek National Opera (GNO) and the National Library of Greece (NLG), as well as Stavros Niarchos Park. It is a place that thousands of people embrace and visit daily to be entertained and express themselves, to participate in conversations, to meet and spend quality time together.

“The most significant achievement of the Stavros Niarchos Foundation Cultural Center (SNFCC) is how it has been embraced by all, creating – as we envisioned with its architect, Renzo Piano – an open and accessible public space” , said SNF. Co-chair Andreas Dracopoulos.

The SNFCC has also partnered with over 40 international and local organizations, hosted key events like US President Barak Obama’s speech in November 2016, and hosted the annual SNF Nostos event celebrating arts and culture.

The SNFCC at 5 years old: Made by people for people from Stavros Niarchos Foundation to Vimeo.

Since the beginning of the idea of ​​the creation of the SNFCC, the Stavros Niarchos Foundation has allocated a total of 608 million euros ($739 million) to the project through several grants.

This amount was mainly used for the construction of the SNFCC, but also supported the operating and programming costs for its first five years, following the commitment made by SNF when delivering the SNFCC to the Greek State.

The Stavros Niarchos Foundation (SNF) is one of the world’s leading international private philanthropic organizations, providing grants to non-profit organizations in the fields of arts and culture, education, health and sports and social welfare.

Since 1996, the Foundation has committed more than $3.3 billion through more than 5,100 grants to nonprofit organizations in more than 135 countries around the world.

Born on July 3, 1909 in Athens, Stavros Niarchos was a self-taught businessman and shipping magnate of immense wealth who possessed an exceptional ability to earn money.

From 1952, he had the largest supertankers in the world built for his fleet. Propelled by both the Suez crisis and the growing demand for oil, he and his rival Aristotle Onassis became giants of global oil transport.

Niarchos Ltd. was an international shipping company which at one time operated more than 80 tankers worldwide, including a large modern and super tonnage. His investments had also diversified into stocks and real estate.

Onassis said of him, “No one has been so smart or so lucky to make the right choices at the right time as Stavros Niarchos.”

Niarchos was also known for his adventurous love life, as he married five times – with two sisters among his five wives.

After his death, his legacy continues with the Stavros Niarchos Foundation which has become a leader in philanthropic giving in the fields of arts and culture, education, health and medicine, and social welfare. .