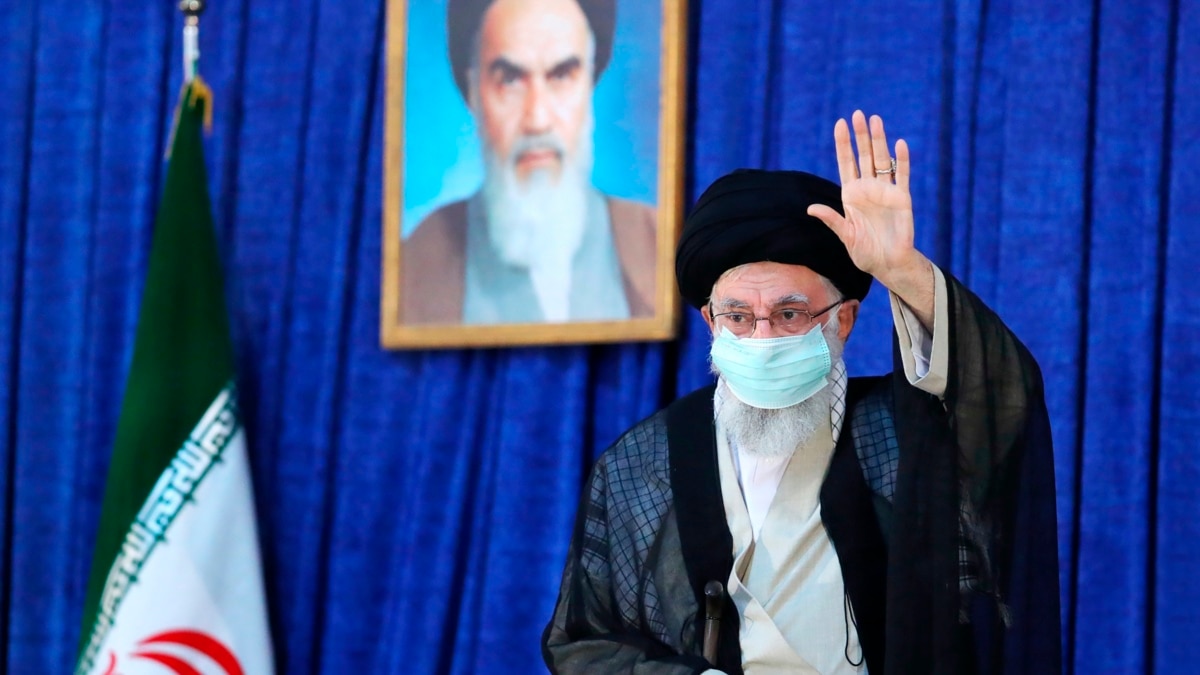 The confiscations were in retaliation for Greece’s role in the US seizure of crude oil from an Iranian-flagged tanker the same week in the Mediterranean Sea for violating Washington’s tough sanctions against the Islamic Republic.

“They steal Iranian oil off the coast of Greece, then our brave men who do not fear death respond and seize the enemy tanker,” Khamenei said during an 80-minute anniversary speech. of the death of the late founder of the Islamic organization. Republic, Ayatollah Ruhollah Khomeini. “But they use their media empire and vast propaganda to accuse Iran of piracy.”

“Who is the pirate? You stole our oil, we took it back from you. Taking back stolen property is not called stealing,” he added.

Tensions in the Middle East

The seizures have heightened tensions between Iran and the West that were already simmering over the tattered 2015 nuclear deal between Iran and world powers. Tehran has enriched more uranium, closer than ever to weapons-grade levels, raising fears that negotiators may not find the way to an agreement and increasing the risk of a wider war.

Iran’s seizure of the tankers was the latest in a series of hijackings and explosions to rock a region that includes the Strait of Hormuz, the narrow mouth of the Persian Gulf through which a fifth of all traded oil passes. . The incidents began after then-President Donald Trump unilaterally withdrew the United States from the nuclear deal, which saw Tehran drastically limit its uranium enrichment in exchange for the lifting of economic sanctions. .

The US Navy has blamed Iran for a series of limpet mine attacks on ships that damaged tankers in 2019, as well as a deadly drone attack on an Israel-linked tanker that killed two operatives European crews in 2021.

Tehran denies carrying out the attacks, but a wider shadow war between Iran and the West has been unfolding in the region’s turbulent waters. Tanker seizures have been one of them since 2019, when Iran seized the British-flagged Stena Impero after the UK detained an Iranian tanker off Gibraltar. Iran released the tanker months later as London released the Iranian vessel.

Last year, Iran seized and detained a South Korean-flagged tanker for months amid a dispute over billions of dollars in frozen assets Seoul holds.

Satellite images analyzed by the AP on Wednesday confirmed that one of the two Greek tankers remained off the Iranian port city of Bandar Abbas. Planet Labs PBC images from Tuesday showed the Prudent Warrior between Bandar Abbas and the Iranian island of Qeshm near the strategic Strait of Hormuz.

The whereabouts of the second ship, the Delta Poseidon, were still unknown.

Talks in Vienna on the nuclear deal have stalled since April. Since the collapse of the deal, Iran has been using advanced centrifuges and has a rapidly growing stockpile of enriched uranium. Non-proliferation experts warn that Iran has sufficiently enriched up to 60% purity – a short technical step from military-grade levels of 90% – to manufacture a nuclear weapon if it so chooses.

Iran insists its program is for peaceful purposes, although United Nations experts and Western intelligence agencies say Iran had an organized military nuclear program until 2003.

Khamenei, who has the final say on all matters of state, in his speech on Saturday also accused the United States of supporting recent protests in Iran sparked by rising prices and cuts in government subsidies. For weeks, teachers have also been demonstrating for better pay and working conditions.

The value of Iran’s currency, the rial, has been weakening for years but has recently fallen to new lows, reflecting growing concern over Iran’s economy,

Khamenei criticized what he called America’s decades-long opposition to the nation and said Washington pinned its hopes on such protests. Khamenei, 82, said Iran’s enemies were trying to turn Iranian citizens “against the Islamic system” through psychological warfare, the internet and financial support.