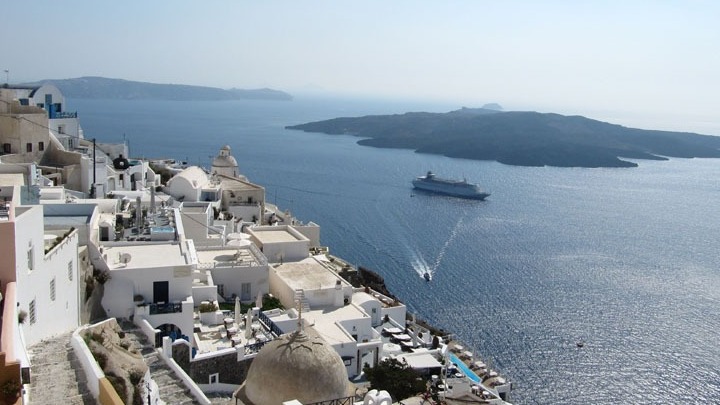 The World Travel & Tourism Council pays tribute to Greece, both for the development of this year’s tourism year and for the safe opening of Greek tourism.

In her statements to Î‘Î Î• – ÎœÎ Î•, Elena S. Rodriguez, communication manager of the World Travel & Tourism Council stressed that our country has created the conditions that have allowed the safe movement of travelers, while its stop could be for other countries as a point of reference in their efforts to revive their economies affected by the pandemic.

Evaluating Greece’s performance this summer, Elena S. Rodriguez, after noting this “clearly” and standing out in the international tourism firm, explained that she achieved 86% of arrivals in July and August 2019, resulting in a strong recovery in tourism. economy. â€œIt was one of the first countries to announce that it would receive visitors who had been fully vaccinated or might show a negative PCR to pass through the country’s gates.â€ Greece was the country that encouraged the influx of travelers in complete safety, following the general preparation of the country, “he added.

Elena S. Rodriguez recalled that Greece is one of the most popular destinations for European travelers, with Germany and the UK being its most important markets. As an indication, it indicates that in 2019, the travel and tourism sector contributed 20.8% to the country’s total GDP and supported more than a fifth of all jobs, which shows how much the sector tourism is important for the country’s economy. as he says.

Regarding the World Travel & Tourism Council’s estimates for the next period, Elena S. Rodriguez notes that there is “such enormous accumulated demand” that travel is expected to continue to increase in the future. Focusing on the data created by the pandemic on the map of global tourism, he said this year there had been an increase in bookings since travel restrictions eased in some markets. “Europe has had a good summer, thanks to the lifting of travel restrictions between countries, successful vaccination programs and the use of the European COVID digital certificate, which has allowed the safe resumption of international travel”, said Elena S. Rodriguez.

At this stage, it was underlined that for the next tourist season, the evolution of vaccinations should again play a determining role in tourist flows. “Europe as a whole, with the availability of vaccines booming, is building the confidence of its citizens to complete their vacations.” In fact, Elena S. Rodriguez pointed out that the European digital COVID certificate is a useful tool to facilitate travel. Over the summer, he said, international flights to European destinations in July and August hit 39.9% of pre-pandemic levels. “This is significantly better than last year (which was 26.6%), when the COVID-19 pandemic caused widespread blockades and vaccines had yet to be approved.”

It is recalled that the World Travel and Tourism Council highlighted Greece last year as a global example of safe opening of tourism. In fact, the â€œGlobal Champion Award for COVID-19 Crisis Managementâ€ was received by former Minister of Tourism Haris Theocharis, at a special event in Cancun, Mexico.

First “Ultra Car” entirely made in Greece ready for launch