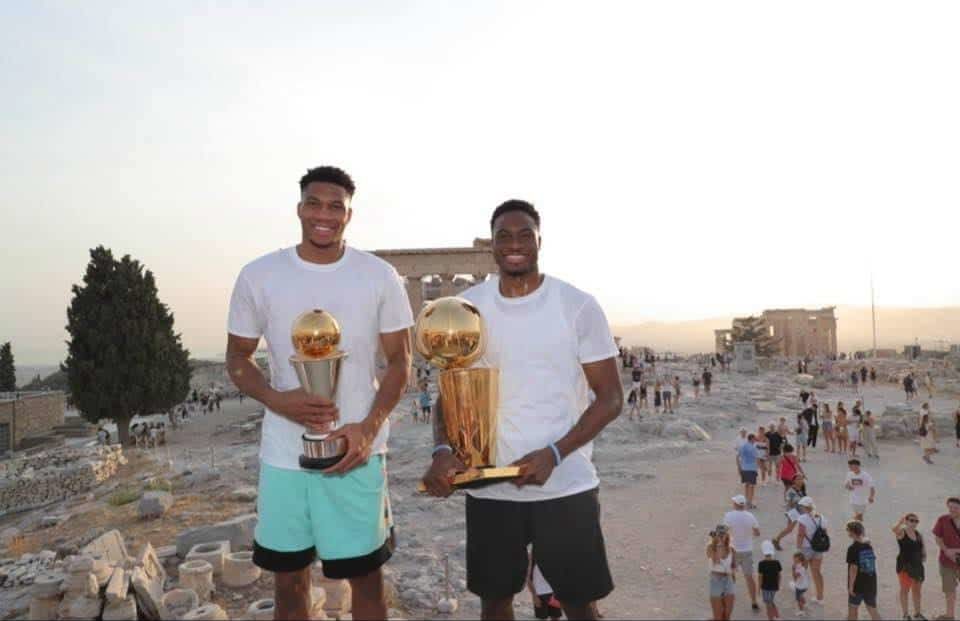 The Antetokounmpo brothers offer a house under the Acropolis

The Antetokounmpo brothers, Giannis, Alex, Kostas and Thanasis, gifted a house overlooking the Acropolis in Athens to a lucky fan on Monday.

They announced the winner of the contest, organized in cooperation with Greek influencer Alexandros Kopsialis and real estate company Greek Home, at a live video on their shared Instagram account, Antetokounbros.

More than 600,000 fans took part in the competition, which had a renovated house worth 100,000 euros in Athens as the prize. All they had to do to enter the contest was liking a post on instagramthen follow the accounts of all the Antetokounmpo brothers.

The Antetokounmpo brothers gave a house to a fan

During the live video, Thanasis thanked God for blessing his family and giving him the opportunity to give such a life-changing gift to a fan.

Their success story, which began in Athens as the poor children of undocumented Nigerian immigrants, inspired the world and made their homeland proud.

The Antetokounmpo siblings are known to be charitable. Following catastrophic fires that razed swathes of land in Greece over the summer, the brothers donated half of their online store’s revenue to victims of the catastrophic fires.

At the time, Giannis announced, in cooperation with a sports betting company, that he would pay for short-term accommodation in five Athens-area hotels for people made homeless by the wildfires.

The brothers are known for giving back not only to residents of their home country of Greece, but also to their local communities in the United States, where they now live.

Giannis, also known as the “Greek Freak”, regularly donates money and food and volunteers to help the homeless community in Milwaukee, Wisconsin.

Giannis, who plays for the Milwaukee Bucks, came to represent Greece in the United States. Born to immigrant parents from Nigeria, the NBA star became a Greek citizen in 2013.

Giannis Antetokounmpo overcame the odds to reach the NBA

His parents, as illegal immigrants, could not easily find work, so Giannis and his older brother, Thanasis, helped by peddling watches, handbags and sunglasses on the streets.

In 2007 Antetokounmpo started playing basketball and in 2011 joined his local team Filathlitikos. After a brief stint in Spain, he was drafted by the Milwaukee Bucks.

In 2013, Antetokounmpo stood between his parents on the court inside the Bradley Center and stared at the ceiling, where the retired jerseys of Kareem Abdul-Jabbar and Oscar Robertson hung in the rafters.

“Maybe in 15 years, 20 years,” the young man said, “maybe my name is up there next to Kareem, Oscar Robertson. I hope I’m there.

He had just been drafted 15th overall by the Milwaukee Bucks in the 2013 NBA draft. of the NBA with a legendary performance to do what, until then, only Abdul-Jabbar and Robertson had ever done: lead the Bucks to an NBA title.